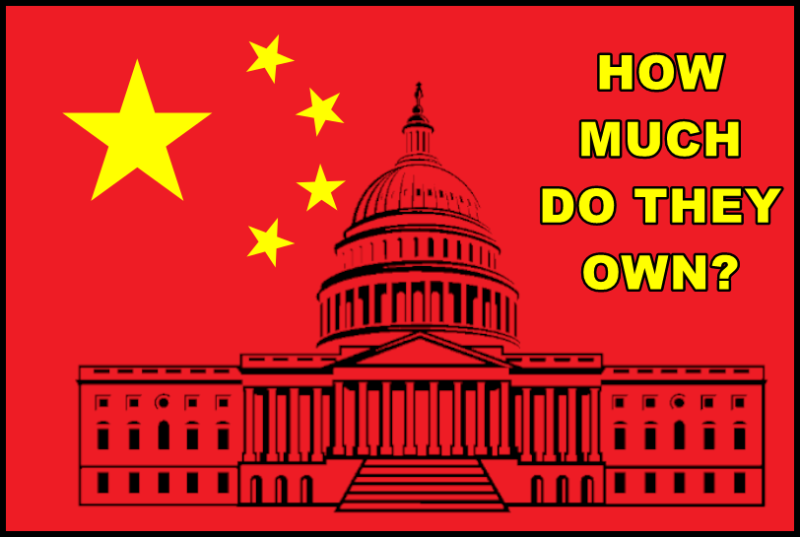 The unknown political pundit who posited, “Never ascribe to malice that which is adequately explained by incompetence,” never addressed foreign corruption, coercion, and traitorous behavior…

Are we, as a people, so blind as to see that our enemies with minimal risk of discovery, prosecution, and adequate punishment have infiltrated our politicians, government, and critical institutions?

Beijing’s rapid buildup of nuclear forces has been assisted by American nuclear and missile technology obtained by Chinese spies and through U.S. space and nuclear cooperation in the 1990s, according to a review of Chinese technology records and internal U.S. government documents.

The Pentagon disclosed last month that China’s stockpile will have at least 1,500 strategic nuclear warheads by 2035, up from 200 just a few years ago and 400 warheads today.

Peter Huessy, the president of GeoStrategic Analysis who has studied China’s nuclear buildup, said the expansion of China’s nuclear arsenal is alarming and based substantially on American know-how that Beijing obtained legally and illegally over the decades.

“The spectacular growth in Chinese nuclear forces as described recently by Adm. Richard highlights two things: First, the Chinese ambition to become a world military hegemon, and two, the unfortunate role of the often reckless transfer of nuclear applicable technology from the United States to China that facilitated this extraordinary growth,” Mr. Huessy said.

China’s long-range missile force included seven relatively inaccurate single-warhead intercontinental ballistic missiles just three decades ago, according to an internal 1993 White House document. The document, known as Presidential Review 31, said China would have 24 to 28 ICBMs capable of reaching the United States by 2000, “some of which may be MIRVed” — the term for multiple, independently targetable reentry vehicles.

The first was a large-scale espionage program to steal nuclear warhead secrets. The CIA concluded in a public assessment that China had obtained information on every deployed U.S. warhead, particularly the compact W-88, which can be used on multiple-warhead missiles.

The second coup involved knowledge gleaned from U.S.-Chinese space cooperation during the Clinton administration. It resulted from a policy that loosened national security export controls to permit joint efforts with Beijing in space. Under the policy, U.S.-based Motorola and China’s Great Wall Industry Corp. agreed in 1993 to launch Iridium satellites on Chinese rockets.

Under the deal, China built a “smart dispenser” to Motorola’s specifications that allowed two satellites to be launched on a single rocket. Motorola denied that it improperly helped the Chinese build the dispenser.

A 1996 report by the National Air and Space Intelligence Center found that the smart dispenser could be used as a post-boost vehicle for China’s DF-5 ICBM.

The report concluded that the smart dispenser, with minimal modifications, “could be used to deploy multiple reentry vehicles” for ICBMs. By 2015, the Pentagon’s annual report revealed that the once single-warhead DF-5 included a modified version with multiple warheads.

Adm. Richard said he believes China’s strategic breakout is for use in a “coercive nuclear strategy.” Such a strategy could allow Beijing to intimidate the U.S. and its regional allies in standoffs over issues such as the future of Taiwan and control of the South China Sea and East China Sea.

As it accumulates wealth and technological expertise, China is moving away from single-warhead missiles, the Pentagon says. The latest annual report says the People’s Liberation Army will place multiple warheads on its 20 DF-5s and will add at least three warheads to the DF-31AG and DF-41 land-based missiles and the new JL-3 submarine-launched missile.

Critics say the progress is especially galling because Chinese nuclear warhead technology was greatly assisted by espionage that targeted U.S. nuclear weapons laboratories and through another Clinton administration program that promoted exchanges between U.S. nuclear scientists and their Chinese counterparts.

In September, a study by the private intelligence firm Strider revealed that China’s targeting of nuclear laboratories for secrets began in the 1980s and was later modified to recruit nuclear scientists more efficiently. From 1987 to 2021, at least 162 scientists who had worked at Los Alamos traveled to China to assist with sensitive projects. Fifteen of them were formerly on the staff at the lab.

“The Los Alamos case shows how China’s rapid advances in certain key military technologies are being aided by individuals who participated in sensitive U.S. government-funded research,” the report said.

The loss of W-88 warhead design information first came to the attention of U.S. counterintelligence officials at the Energy Department in 1992 after China tested a nuclear warhead that appeared similar in design to the W-88. Three years later, a nuclear defector gave the CIA an official classified Chinese document that revealed specific design information on the W-88 and other warheads.

The revelations led to an uproar on Capitol Hill. A special congressional investigative committee led by Rep. Christopher Cox, California Republican, concluded in its 1999 final report that Chinese intelligence agents had obtained secrets on seven U.S. thermonuclear bombs, including the W-88.

From 2008 to 2018, Xiaoqing Zheng of Niskayuna, New York, worked for GE Power as an engineer specializing in the sealing of turbines. In that role, Zheng accessed and stole information on turbine production, which was to be used by the Chinese state and affiliated entities in order to reproduce the turbines themselves.

“This is a case of textbook economic espionage. Zheng exploited his position of trust, betrayed his employer and conspired with the government of China to steal innovative American technology,” Assistant Attorney General Matthew G. Olsen said.

Zheng was a member of the Thousand Talents Program, a Chinese government initiative to bring foreign experts and researchers to China in order to boost the country’s scientific capabilities.

Zheng joined the program in 2012, according to the Albany-area newspaper the Times Union.

“American ingenuity is an integral part of the United States economic security - it is what has guided the U.S. to become the global leader, even as China seeks to topple our status. Xiaoqing Zheng was a Thousand Talents Program member and willingly stole proprietary technology and sent it back to the PRC,” said FBI Counterintelligence Division Assistant Director Alan Kohler Jr.

Zheng will also have to pay a $7,500 fine and undergo a year of supervised release after the completion of his two-year sentence. Prosecutors had originally asked for a 97-month sentence for Zheng, according to the Albany Times Union. <Source>

I cannot think of more traitorous behavior than that exhibited by the Clintons, both Bill Clinton and Hillary Clinton, and the Bidens, who sold favors and access to their respective offices for multi-million dollar payments from our enemies. Our congressional intelligence, law enforcement oversight committees, and specialized agencies ignored or facilitated the ongoing threat.

How does a Chinese Communist Spy remain embedded in Diane Feinstein’s office for nearly twenty years while she sat on the Senate Intelligence Committee – only be retired with a U.S. pension rather than jailed when discovered?

How does Representative Eric Swalwell (D-CA) sleep with a Chinese spy and retain his position on the House Intelligence Committee? How does Senate Minority Leader Mitch McConnell retain his powerful office when his wife’s family owes their fortunes to the Communist Chinese government? How did President Trump appoint McConnell’s wife as his Transportation Secretary?

A lesson from Vladimir Lenin…

They [the capitalists] will furnish credits which will serve us for the support of the Communist Party in their countries and, by supplying us materials and technical equipment which we lack, will restore our military industry necessary for our future attacks against our suppliers. To put it in other words, they will work on the preparation of their own suicide.” (Reported by I. U. Annenkov in an article entitled, "Remembrances of Lenin", Novyi Zhurnal/New Review (September 1961), p. 147.)

It is time that our politicians are pre-vetted and subject to pre-candidacy security reviews.

It is also time to bifurcate the FBI and transfer its counter-intelligence operations to a new, non-political agency, not susceptible to the whims of corrupt political appointees.

And to severely punish traitorous behavior, both foreign and domestic.

It is not racist to profile and target our likely enemies. No longer should our enemies be able to hide behind the charges of racism, bigotry, and xenophobia.

Until we clean the house, we remain vulnerable.