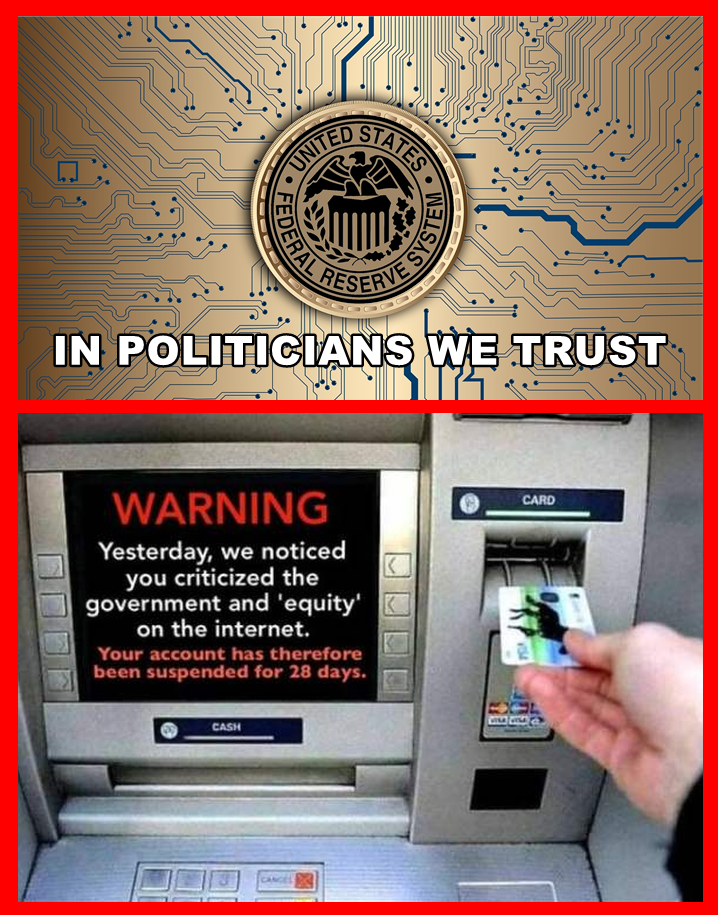 Just like Australia and New Zealand, Britain seems to be leaning toward Communist China authoritarianism…

A warning from Communist China…

...and finally the third way we think cbdc [central bank digital currency] can improve Financial inclusion is through what we call programmability. That is, cbdc can allow government agencies and private sector players to program to create smart contract to allow targeted policy functions, for example welfare payment, for example consumption coupon, for example food stamp, by programming cbdc. Those money  can be precisely targeted for what kind of people can own and what kind of use this money -- can be utilized for example for food so this potential programmability can help government agencies to precisely target their support to those people who need support so that way can also improve financial inclusion of course.

Mr. Bo LI assumed the role of Deputy Managing Director at the IMF on August 23, 2021. He is responsible for the IMF’s work on about 90 countries as well as on a wide range of policy issues.

Before joining the IMF, Mr. Li worked for many years at the People’s Bank of China, most recently as Deputy Governor. He earlier headed the Monetary Policy, Monetary Policy II, and Legal and Regulation Departments, where he played an important role in the reform of state-owned banks, the drafting of China’s anti-money-laundering law, the internationalization of the renminbi, and the establishment of China’s macroprudential policy framework.

Outside of the PBoC, Mr. Li served as Vice Mayor of Chongqing—China’s largest municipality, with a population of over 30 million—where he oversaw the city’s financial-sector development, international trade, and foreign direct investment. Mr. Li was also Vice Chairman of the All-China Federation of Returned Overseas Chinese.

He started his career at the New York law firm of Davis Polk & Wardwell, where he was a practicing attorney for five years.

Think about it. A former high-ranking Communist Chinese official with impeccable American credentials is presently a Deputy Managing Director at the International Monetary Fund, which supports a globalist authoritarian governance system.

Do you understand who these people are and what future vision they imagine for the United States? These people are communists acting as fascists, where the state directs so-called private enterprises to serve as gatekeepers to implement and enforce their chosen policies.

These individuals and organizations are not about inalienable rights and personal freedoms; they are about political power. The power to control what you think, say, and do -- and ensure it complies with their dictates.

Presently they appear to control the government and a significant number of organizations. Their only vulnerability is pushback from “We the People.” And it is no wonder they fear the Second Amendment and its stated purpose of responding to government tyranny.

There is no escape...

China has blocked millions of “discredited” travelers from buying plane or train tickets as part of the country’s controversial “social credit” system aimed at improving the behaviour of citizens.

The social credit system aims to incentivize “trustworthy” behaviour through penalties as well as rewards. According to a government document about the system dating from 2014, the aim is to “allow the trustworthy to roam everywhere under heaven while making it hard for the discredited to take a single step.”

Social credit offences range from not paying individual taxes or fines to spreading false information and taking drugs. More minor violations include using expired tickets, smoking on a train or not walking a dog on a leash. <Source>

The progressive communist democrats succeed only if we do not resist their further attempts to exert control over our lives by surveilling our spending first and then controlling how we spend the money they control through “programmability.”