THE IMMIGRATION LAW THAT MUST PRECEDE CONDITIONAL AMNESTY 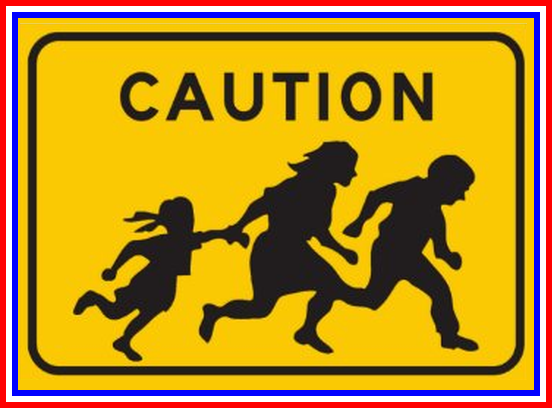 The crucial immigration question nobody wants to be answered: How many illegal aliens are present in the United States?

For years I have heard that there are between 12 and 20 million illegal aliens in the United States. This is impossible to believe when one considers the official numbers and adjusts for those illegals who escape detection or overstay their visas.

The political parties, politicians, and organizations that profit from servicing the illegal immigrant population do not want to know. Likewise, they do not want to know about the illegal alien impact on our healthcare, social safety nets, employment, housing, and criminal justice systems – claiming that seeking such information is racist.

But how else can we rationally create domestic policies and allocate resources?

Even worse, politicians pander to the illegal alien lobby comprised chiefly of lawyers and activists who service this population segment and refuse to fully implement visa ingress and egress tracking to capture and deport overstays or fully implement e-verify to ensure illegal aliens are not employed.

Every illegal alien in the United States must register within 90 days of a specific date, including both biometric and residence data, to be eligible for any future consideration for a program that will grant their generation a conditional permit to reside within the United States. They will not receive citizenship, but their offspring born in the United States will be legal citizens. This will provide a relatively accurate count of illegal aliens for policy decisions and resource allocations. Any person not registered will be deported with cursory judicial review within 60 days.

We are so screwed as our American culture and values are diluted by people with allegiance to a foreign power, an un-American governance system, or a desire to game the system to extract money from hard-working citizens.

The U.S. Constitution is not a suicide pact, and we are not slaves to those who claim a right to our bounty. Charity should be voluntary, not an institutionalized transfer of wealth.