SEE YOU AT THE SINEMA? 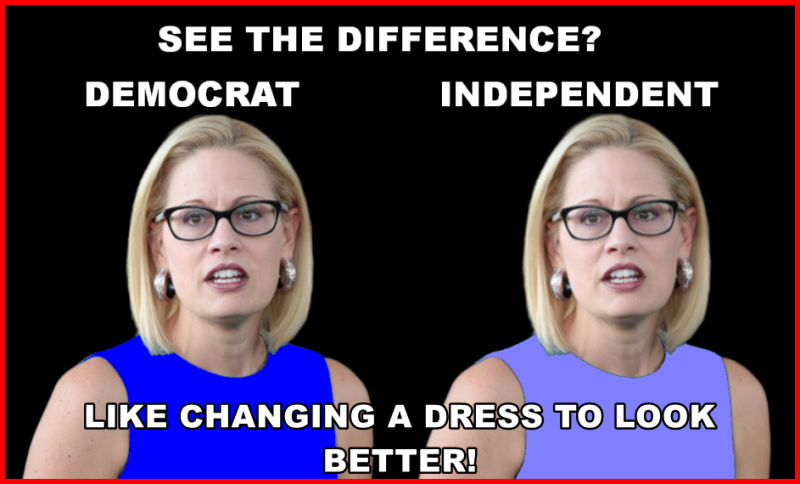 And she was surprised when I said it was a cynical marketing ploy to allow Sinema to be perceived as a moderate in Arizona and avoid the increasing radicalization of her party or supporting extreme policies.

As far as the Republicans are concerned, she will continue to caucus with the Democratic Party for committee assignments. She will give the Democrats an edge on committee seats as she is not counted as a Democrat. She can also sell her vote to either side to her advantage – and hopefully, benefit her constituents.

Sinema is still an odd duck as she is openly bi-sexual and a non-theist who does not believe that there is a god or gods.

It’s not about political ideology; it’s about getting re-elected in 2024 if she chooses to run. It appears she is attempting to channel John McCain, who self-advertised as an Arizona “maverick,” although he was a traitorous aisle hopper.

We are still screwed in the Senate.

UNIONS: WELCOMING THE COMMUNIST FOX INTO THE UNION HEN HOUSE 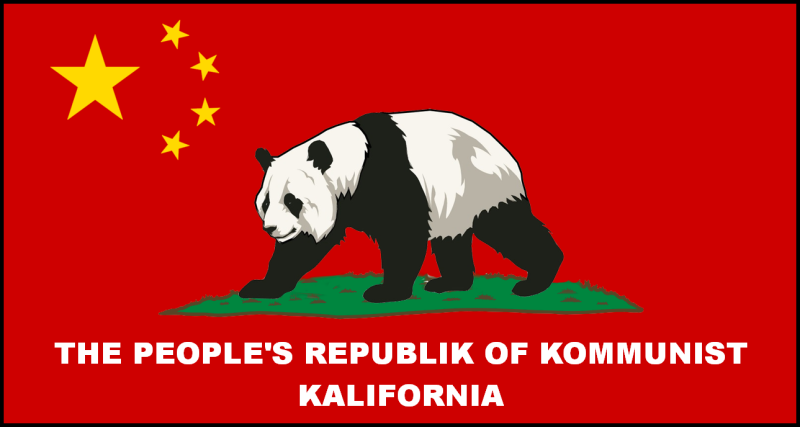 There is no doubt in my mind that one of the most radical progressive communist democrat front groups is the SEIU, the Service Employees International Union.

A May Day rally in Los Angeles, co-sponsored by the SEIU and various communist groups, as well as other unions, reflected yet another step in the normalization of self-identified communist and socialist ideologies in the Obama era. Not only did the SEIU help to organize the rally in conjunction with communists, they marched side-by-side with communists, while union members carried communist flags, communists carried union signs, and altogether there was no real way to tell the two apart. <Source>

So it is with some trepidation and degree of concern that I observe that the SEIU might be able to influence the $449 BILLION in assets controlled by CalPERS (California Public Employees' Retirement System).

Former California union boss Yvonne Walker won election for a seat representing retired public employees on the 13-member CalPERS Board of Administration for the next five years, according to voting results announced Thursday in Sacramento.

“I am honored to have the trust, confidence and support of my fellow CalPERS retirees,” said the 63-year-old Walker. “I am ready to get to work to ensure all CalPERS retirees receive the secure retirement benefits they earned for years of hard work serving the people of California. I look forward to working with my fellow board members so that CalPERS continues to lead in showing how defined benefit pension systems can thrive.”

As a member of the board, Walker will be responsible for setting policies for retirement and health benefits on behalf of California public employers and their active and retired employees. This body oversees the asset allocation of the pension fund’s estimated $449 billion investment portfolio.

Walker, who led Local 1000 of the Service Employees International Union 2008 through 2021, secured the seat with 56.9% of the vote in a runoff election that pitted her against Randall Cheek, the legislative director of the Retired Public Employees Association, a volunteer position. <Source>

CalPERS investing in our enemy…

California's public pension system (CalPERS) has more than $3 billion tied up in Chinese companies, including 14 state-owned enterprises blacklisted by the Trump administration because of their ties to the Chinese military, according to a report Thursday.

Records reviewed by The Washington Free Beacon reportedly show that CalPERS had more than $450 million invested in the 14 companies blacklisted by the previous administration. More than $490 million were invested in other seven of companies owned by the Chinese government, which are reportedly funding the state's Belt and Road Initiative.

While those weren't blacklisted by the previous administration, the other 14 raised questions about California's compliance with the executive order signed by President Trump.

One of those – China Communications Construction Company (CCCC) – is also state-owned and has reportedly flouted international agreements by building military installations in the South China Sea. CalPERS invested $6 million in the company, which faced intense criticism from former Secretary of State Mike Pompeo in Aug. of 2020. <Source>

The U.S. Constitution should not be a suicide pact…

It is a recognized fact that the United States, under the auspices of capitalism, has brought freedom and prosperity to the American people. Whereas an opposite ideology, communism, has brought death, despotism, decay, and misery to the people who are subject to its dictates.

It is about time to officially outlaw communism and removes those promoting communism from our government and critical infrastructure – including communist sympathizers.

Robert Bonta serving as the attorney general of California since 2021 formerly sponsored a controversial bill to allow Communist Party members to hold office in the Golden State.

Bonta, while he was a Democratic assemblyman representing Oakland in the California State Legislature, in 2017 spearheaded AB 22, which was designated as a "cleanup" to remove purported unconstitutional language, some of which served to bar communists from serving in California's government. The legislation was dropped after it passed the Assembly floor as it drew ire from Republicans, who insisted the effort was offensive to military veterans and immigrants who fled oppressive regimes.

Our government, institutions, infrastructure, and corporations have been heavily infiltrated by communists with an allegiance to the communist ideology, if not directly to hostile foreign powers like Communist China and Russia. The reason our enemies have grown so powerful is that they leapfrogged the costly and time-consuming learning curve by stealing our technology, primarily by using embedded agents and those executives and employees they could turn with sex, money, and other support. Including well-known politicians who have taken multi-millions from our enemies while preventing legislation from punishing collaborators.

P.S. This isn't the first time we saw Communists at CalPERS

I find it outrageous that California’s progressive socialist democrats would allow a former member of the Communist Chinese Party to direct $3+ BILLION in funding from California pensioners to Communist Chinese companies, some of which are developing black-listed or dual-use military technology.

CalPERS holds $3.1 billion worth of shares in 172 different Chinese Companies.