I have no expectation of a GOP win in Georgia as the establishment-wing and the conservative continue their internal battles. 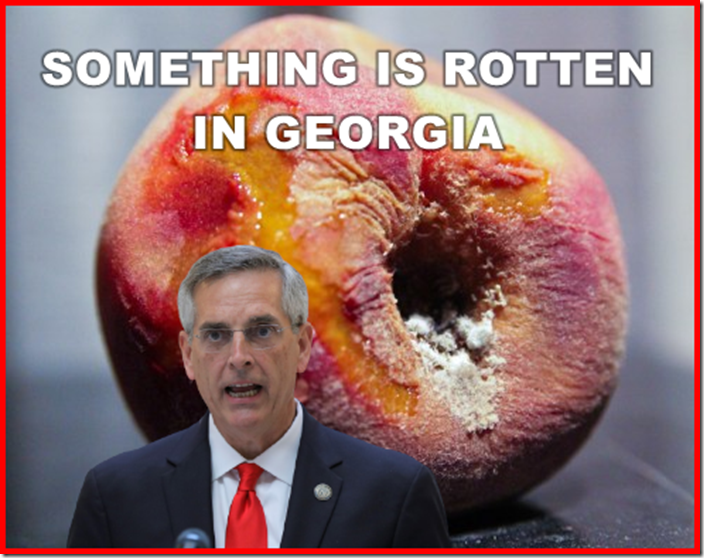 The Cobb’s Board of Elections and Registration voted to recertify the results of the Nov. 8 Kennesaw City Council special election during a Nov. 18 meeting, according to a news release.

“The recertification was necessary after workers discovered a memory card had not been included in the previous results. The additional ballots resulted in a change in the Kennesaw City Council Post 1 Special Election,” the news release said.

Madelyn Orochena was originally declared the winner of the special election. However, when additional ballots were located on the memory card, Lynette Burnette was shown as the winner of the race by 31 votes, officials told local media.

“Unfortunately, once found we did upload it, and it changed the outcome of the Kennesaw City Council race,” Janine Eveler, Cobb County director of elections, told local media outlets.

Cobb Election officials said that the memory card was located in Kennesaw when workers were preparing for an audit of the election, according to 11Alive. Further details were not provided about why the card was overlooked or where it was located. <Source>

A Georgia appeals court says it is leaving in place a ruling that allows counties to offer early voting on the Saturday after Thanksgiving in the U.S. Senate runoff election.

Democratic Sen. Raphael Warnock sued after state officials said early voting could not take place on Nov. 26 because state law barred voting on the Saturday after a holiday on the preceding Thursday or Friday.  Mr. Warnock, the state Democratic Party and the campaign arm of the Senate Democrats, said the law did not apply to runoff elections.

The Georgia Court of Appeals upheld a ruling by Fulton County Superior Court Judge Thomas Cox that allowed Saturday voting to commence. “The Court finds that the absence of the Saturday vote will irreparably harm the plaintiffs, their members, and constituents, and their preferred runoff candidate,” Judge Cox wrote.

Early voting will be offered statewide in Georgia from Nov. 28 to Dec. 2, but counties can offer additional days. <Source>