Trump -- "In order to make America great and glorious again, I am tonight announcing my candidacy for President of the United States" ...

"Together, we will be taking on the most corrupt forces and entrenched interests imaginable. Our country is in a horrible state. We're in grave trouble. This is not a task for a politician or a conventional candidate. This is a task for a great movement that embodies the courage, confidence, and the spirit of the American people."

"This is a movement. This is not for any one individual. This is a job for tens of millions of proud people working together from all across the land and from all walks of life, young and old, black and white, Hispanic and Asian. Many of whom we have brought together for the very very first time. This is a job for grandmothers, construction workers, firefighters, builders, teachers, doctors, and farmers who cannot stay quiet any longer."

"You can't stay quiet any longer. You are angry about what's happening to our country. Our country is being destroyed before your very eyes. It's a job for every aspiring young person and hardworking parent, for every entrepreneur, and underappreciated police officer who is ready to shout for safety in America."

"This will not be my campaign. This will be our campaign, all together. Because the only force strong enough to defeat the massive corruption we're up against is you, the American people." 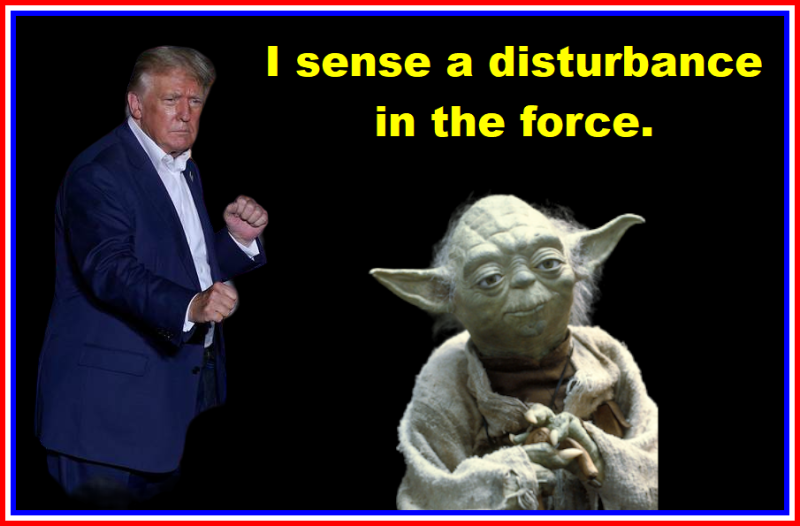 As we have seen from the 2022 mid-term election, the GOP once again snatches defeat from the jaws of victory.

The fundamental flaws of the ineffective GOP effort go beyond the failure of particular congressional leaders, fundraising, funds allocation, candidate quality, intra-party battles between the establishment and conservatives, and the lack of messaging. All were tactically important but failed to address the strategic issue of election dynamics which were directly responsible for converting success into abject failure. While everybody could clearly observe corrupt Marc Elias and his band of Democrat election attorneys fighting for general mail-in balloting, curing of corrupted ballots, relaxed voter verification procedures, Gerrymandered districts, and extended voting days, the GOP did little to counter these efforts to dilute or nullify the GOP vote.

And so it begins anew…

With actual vote counts incomplete, a run-off election in Georgia, and pending certifications affecting congressional majorities, we now find an aging but still vigorous Donald Trump announcing another presidential run. His boorishness, baggage, managerial laziness, and lack of discipline are still unabated. A candidate who is a crazy-maker, pitting factions against each other while ignoring the hard work of vetting subordinates and replacing those embedded bureaucrats who can easily subvert his initiatives by losing or slow-walking paper through the system. The Democrats have already publicly poisoned the well of potential appointees, thus eliminating the top tier of prospects who are not willing to risk reputational damage to serve in a Trump administration.

It must be acknowledged that Trump delivered on most of his campaign promises despite a never-ending attack from both within and without. He was hampered by bogus impeachment charges that were clearly politically motivated and lacked Constitutional rigor. Subverted by a faceless resistance of Obama acolytes buried deep in his administration – and within the Office of the Presidency. The Godfather-like loyalty Trump demanded was an office joke as his own top-level advisors ignored him. Significant initiatives were spearheaded by his liberal Democrat son-in-law with no political experience who was not above political infighting and taking credit for the long-term efforts of those he abandoned because they challenged his authority.

We have heard the promises before about immigration, economy, energy, and fighting crime, All requiring the efforts of a hostile progressive communist democrat faction in Congress. All require honest federal judges with a propensity to overrule even commonsense legislation. All require a long-term effort not afforded by Executive Orders, which typify an end-run around Congress and the Constitution.

We are already seeing spinning surrogates and talking-head advisors like former Democrat strategist/operative Dick Morris described as a “longtime Trump family friend and informal adviser to the ex-president.” Speaking of Dick Morris, with two years left in his Presidency, it is likely that President Biden’s handlers – the radical cadre of Obama acolytes – may “triangulate” any GOP agenda and assume those issues as their own in the run-up to 2024. Since the progressive communist democrats will do anything to maintain or gain power, it is not unlikely that they may adopt Morris’s triangulation scheme that helped Bill Clinton to win the Presidency.

The most virulent competition comes not from the progressive communist democrats, but from the establishment wing of the GOP that wants the Washington dung hill to remain profitable for their self-interests -- screw the interests of the nation and the American people.

The response to Trump's announcement...

Immediately at the conclusion of Trump's speech, I got an email from the lying, leaker Bolshevik of Burbank, Adam Schiff.

Our democracy has never been more vulnerable than it is right now, and the next two years will be nothing less than an existential fight for the future of the great American experiment in self-governance.

I’ll have more to say later, but right now, I need to ask for your support — $5, $10, or whatever you can spare — so we can immediately prepare to defeat Trump and his MAGA Republicans in 2024. We cannot let Trump return to power.

Regardless of who the GOP candidate might be, unless state legislatures remedy the structural deficiencies in our election systems, more uncertainty and unreliability will affect our elections.

Let us hope that the GOP candidates do not destroy themselves, as they have in the past, during the primary and leave the progressive communist democrats to sweep away the pieces and ride to victory.

Let us pray that the discipline demonstrated in Trump’s announcement continues and he can deliver on his promises. Unfortunately, during the speech, Trump devolved into his past grievances.