A WARNING TO MY AUSTRALIAN FRIENDS

Australia used to be a wonderous land, full of freedom-loving, easy-going Ozzies.

Now it appears to be run by corrupt progressive communist politicians who have sold the nation out to the Communist Chinese and are implementing Chinese-style surveillance and authoritarian controls.

A message to Australia’s Commonwealth Bank: Get stuffed!

(1)  Global warming is an elite hoax used to secure political control and manage wealth redistribution and is based on the unproven hypothesis that carbon dioxide emissions are a significant driver of climate change and therefore need to be monitored and regulated.

(2)  Carbon offsets are just another tax on individuals and organizations meant to coerce regime-acceptable behaviors.

(3)  There are no accurate measures of carbon footprints, nor are there any measurements that can detect, isolate, and measure man’s effect on the global climate among the natural variability of the global climate.

(4)  Fair dinkum: the drivers of climate change such as the Sun’s energy output in all spectral bands, cosmic rays, the Earth’s position relative to the Sun, the Earth’s precessional and rotational dynamics, the Earth’s magnetosphere, plate tectonics and vulcanology, the deep ocean currents, the internal dynamics of the Earth, and the most significant greenhouse gas of all, water vapor, are all macro phenomena that cannot be mitigated by man’s efforts, no matter how heroic.

(5)  It is a very short leap from measuring your carbon footprint using the regime’s criteria, to calculating a Communist Chinese-style social credit score used to reward or punish you based on behavior approved by the regime.

Perhaps the CBA is the last entity you want to trust with your private data? Known colloquially as "CommBank," perhaps they should be known as "CommiBank."

Individuals, both in Australia and the United States, appear to be losing their freedoms to a coalition of globalists (World Economic Forum) and authoritarian communists. All made possible by corrupt government officials financed by hostile foreign powers and working through domestic consultants, advisors, corporations, and foundations.

MANDATORY CHILDHOOD VACCINATIONS: WHO IS LEFT TO BELIEVE? 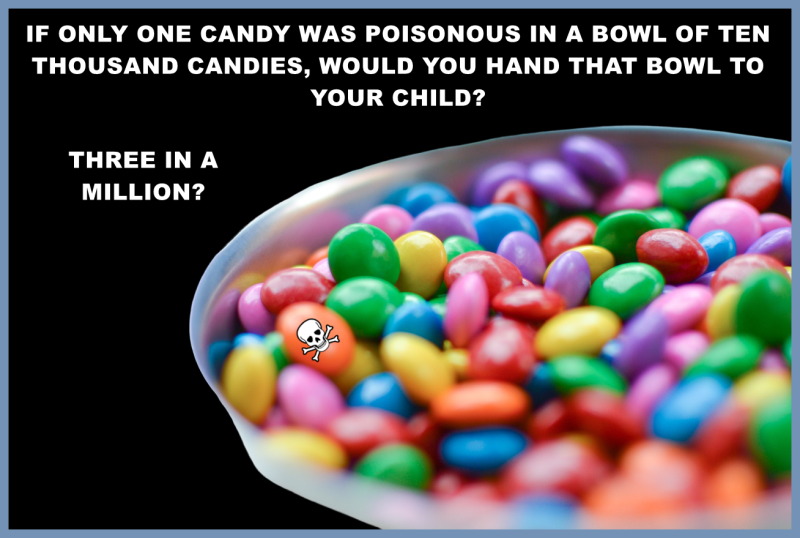 We have entered an era where partisan politics and the quest for power have destroyed the credibility and reliability of many formerly well-respected institutions and well-credentialed individuals.

In essence, you are now playing a game called “You Bet Your Life” based on conflicting reports from institutions and individuals who speak with certainty and credentialed authority as they purport to understand “The Science” and make general recommendations that should be made on a case-by-case basis by a physician with knowledge of your family history, medical conditions, and allergies. And even your physician may be constrained by the practice or facility where they work.

In California, physicians may be forced to parrot the regime’s messaging – coerced by severe personal and professional consequences.

Trying to strike a balance between free speech and public health, California’s Legislature on Monday approved a bill that would allow regulators to punish doctors for spreading false information about Covid-19 vaccinations and treatments.

The legislation, if signed by Gov. Gavin Newsom, would make the state the first to try to legislate a remedy to a problem that the American Medical Association, among other medical groups and experts, says has worsened the impact of the pandemic, resulting in thousands of unnecessary hospitalizations and deaths. <Source>

There are credible reports from well-credentialed, well-experienced physicians and researchers who have documented evidence of alternative (non-regime approved) treatment protocols that have proved efficacious and have kept individuals from being hospitalized. Unfortunately, the CDC and FDA refuse to review or debate such findings. So who is likely to determine the “correct” information – the corrupt CDC, Big Pharma, or politically compromised institutions?

We find the CDC at the forefront among the agencies severely compromised by partisan politics with their use of “hidden” data, cherry-picked reports, and refusal to hear and debate contradictory findings.

More than half the states refer to Advisory Committee on Immunization Practices recommendations in their immunization laws.

The CDC's Advisory Committee on Immunization Practices unanimously approved the addition of COVID-19 vaccines to the routine immunization schedules for children, adolescents and adults at its meeting Thursday.

The child and adolescent schedule recommends up to four doses of COVID vaccines, including those still under emergency use authorization, starting at 6 months old. It includes a two- or three-dose primary series and a booster. The adult schedule, starting at age 19, is the same.

Adding COVID vaccines to the routine schedules will trigger laws in some states that require school districts to enforce the schedule on schoolchildren. More than half the states referenced ACIP recommendations in their immunization laws as of January 2021.

Critics of the recommendations are pushing back on the data cited by the advisors to justify amending the schedule.<Source>

Even worse, mandates are being imposed by school districts that unquestioning follow the guidance of the CDC (Centers for Disease Control), believing this immunized (pun intended) them from legal claims of harm and make them susceptible to compensatory and punitive damages.

CDC VAERS (Vaccine Adverse Reporting System)…
As for reliability, VAERS, a program run by the CDC and FDA, is susceptible to unverified reports, misattribution, underreporting, and inconsistent data quality. <Source> As a voluntary program that the public and professionals may use, it is believed that underreporting only hints at potential trouble spots. 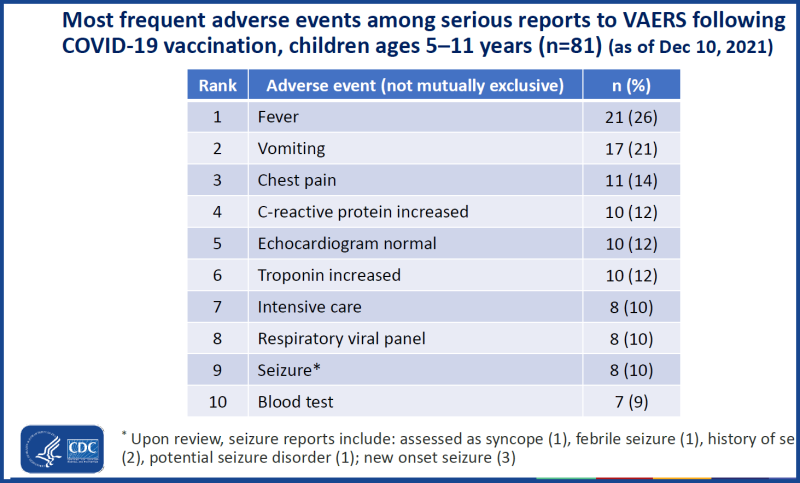 Where is the science?  One scientific paper suggests that the risk of schoolchildren hospitalized for COVID-19 may be less than the risk of severe side effects…

Even if you could read this (as yet to be peer-reviewed) paper, you would struggle to understand the paper in the context of other published papers presenting confirmatory or conflicting findings.

The threat of withholding your child's education in favor of putting their long-term health at risk is nothing short of playing Russian Roulette.

The best advice I can suggest is to have your child evaluated by a competent medical professional and seek a medical or religious exemption if the vaccine is contraindicated or appears unnecessary. Children with severe comorbidities should be continually assessed individually.

It appears that this is also a ploy to transfer adverse event liability from the vaccine makers to the government.

Amazingly, it is the progressive communist democrats who scream "my body, my choice" the loudest when it comes to killing children in the womb but are strangely silent on the vaccine issue.

In any event, we are screwed when the institutions and individuals you would generally trust have been coerced by the regime or politically compromised by a toxic ideology.

P.S. Point of clarification -- WHO in the title does not refer to the corrupt and politically compromised World Health Organization.