VOTE 2022: NOT ONE DAMN DIME FOR EDUCATION 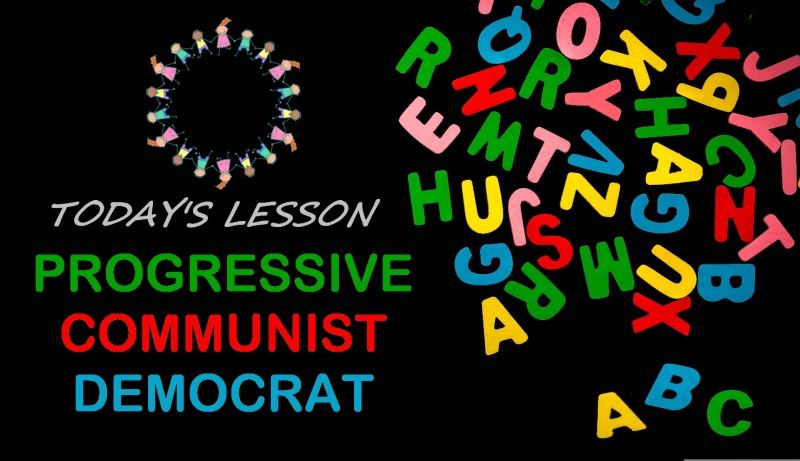 As much as you may have liked your individual teachers, there is little doubt that our unionized K-12 educational system has failed our children.

(1) Education is controlled by powerful unions and special interests that serve themselves rather than the children they purport to serve. In reality, they serve themselves, not students.

These are the very unions that have damaged children with their school shutdowns and mask mandates during the pandemic. Paying teachers for little or no work.

These are the unions pushing Critical Race theory that teaches white students they are the oppressors and others that they are the victims of white supremacy.

These are the unions sexualizing young children and convincing confused children to act on impulses – hiding chemical and surgical interventions from parents. Creating mental illness out of sexual confusion.

Demanding that teachers teach to the lowest common denominator rather than encouraging the best and brightest.

These are the miscreants creating unsafe schools with passes for violent behaviors and overlooking minority behavior issues such as bullying peers who get good grades..

The unions believe they own the students and any attached funding. They abhor competition and the thought of school choice makes them crazy.

(2)  The hyper-partisan federal Department of Education uses your tax dollars to states and local school boards to “voluntarily” adopt their mandates or lose federal funding.

(3)  Every year, schools turn out another crop off ill-prepared functional illiterates who have less basic education than students possessed one hundred years ago. Any tests that show that our educational system is failing are deemed to be racist and scores are lowered to prevent an uprising among concerned parents.

(4)  The schools continue to dilute resources with a flood of illegal aliens, many illiterate, language deficient, and lacking in parental resources – some parents showing disrespect for education itself.

(5)  Most increases in educational funding flow to capital projects and personnel costs. The true beneficiaries are the unions, administrators, teachers, and those politically-connected vendors who supply goods and services to school systems.

(6)  Teacher pay has been perverted with useless degrees which are never used. Paying a teacher with a master’s degree to teach third-grade is costly and unproductive.

The progressive communist democrats have corrupted the entire system, and today’s children are indoctrinated and not educated. They cannot compete in their local environment, let alone on national and global scales.

What lessons from your K-12 education can you apply to your career or life?

At least when I went to school, I learned how to read, write, compute, research, and build things. Along with academics in junior high, I had fun electives: agriculture, electric show, wood shop, metal shop, drafting, and print shop. And I was the beneficiary of my girlfriend’s cupcakes from her home economics class.

We need to starve the beast until it is weak enough to listen to its master: “We the People,” instead of the elites who believe they are educationally superior to parents and have the moral authority to dictate how children should live their lives.

NOT A DAMN DIME UNTIL THE PROGRESSIVE COMMUNIST DEMOCRATS EMBRACE SCHOOL CHOICE AND EDUCATIONAL REFORM.