FEDWATCHER: AS USUAL THE FED IS TOO LITTLE AND TOO LATE

Unbelievably, the Federal Reserve took the coward’s way out and only hiked the rate by 75 basis points.

As before, the Fed is about using weasel words and continuing to be reactive rather than aggressive. I believe this increase is too little and comes too late to have a material effect on increasing inflation. 75 basis points just does not seem high enough to dampen economic activity. I would look for additional 75 basis points hikes at the Fed’s upcoming meetings.

I tend to consider the five- and ten-year neutral stance adjustment to guide my opinion.

At what rate or range of rates does a change in the federal funds rate go from being low enough to be “accommodative” to being high enough to dampen economic activity? The answer is the neutral rate, often defined as the rate or range of rates consistent with full employment, trend growth, and stable prices. An economy in this state presumably wouldn’t need to be stimulated or slowed by monetary policy. Economists often describe the neutral rate by talking about the real federal funds rate— that is, the nominal fed funds rate minus a measure of inflation. <Source>

All things considered, I would posit that the Federal Reserve will hike rates by 100 to 125 basis points and, if they were serious, by 150 basis points.

The current Federal Funds Rate is 233 basis points, and the potential target will likely be between 450 and 550 basis points before year-end.

As with all things Fed, the market has taken their probabilistic projections and priced them into their offerings. 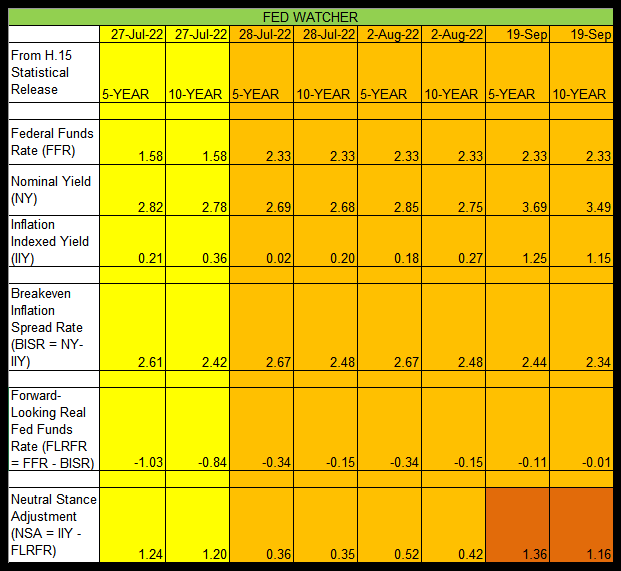 This is a reminder that we have a supply-side problem, not a demand-side one, exacerbated by wasteful government spending, causing stagflation. We need to ramp up production, not curtail consumption -- assuming our logistics chain will support greater economic activity.

The Wall Street Wizards will continue to create their own narratives to generate profitable volatility.

The aftermath of the 75 basis points increase… 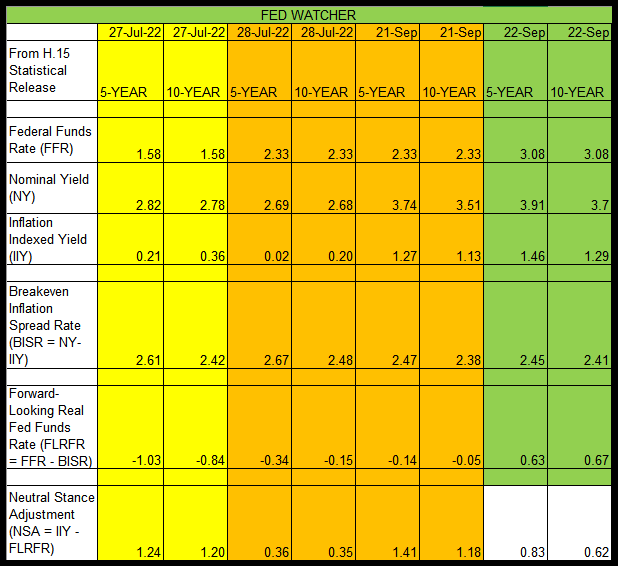 As you can see, we could have accommodated another 50 basis points to move closer to a zero neutral stance ajustment.

In my humble opinion, it would have been appropriate to bump the Federal Funds Rate by 125 basis points to 3.58 from 2.33 instead of a cowardly 75 basis points to 3.08. That is if the FOMC Committee wanted to dampen economic activity. Since we have two remaining FOMC meetings left for this year, the target rate for the year might be about 4.58 when it should be a more appropriate 5.50.

But then again, Congress has outsourced fiscal policy to the “experts” at the financial industry-dominated Federal Reserve as they are either too stupid or lazy to deal with the issue as contemplated in the U.S. Constitution.