Imagine if Joe Biden, a known corrupt plagiarist, lifted parts of George Bush’s Address to a Joint Session of Congress and the American People?

Our war on extremeism begins with those who did not vote for me, namely the conservative Republicans, but it does not end there.

It will not end until every GOP extremeist group of national reach has been found, stopped and defeated.

Americans are asking, why do they hate us?  They hate what we see right here in this chamber -- a democratically elected government.  Their leaders are self-appointed, placed into office by stealing an election.

They want to overthrow our existing government.

These GOP extremeists vote not merely to end democracy, but to disrupt and end the American way of life.

With every candidate and electoral atrocity, they hope that America grows fearful, retreating from the truth and forsaking their family and friends to embrace Donald Trump.

They stand against us, because we stand in their way.

We are not deceived by their pretenses to piety.  We have seen their kind before.  They are the heirs of all the murderous ideologies of the 20th century.

By refusing to vaccinate on government command they are sacrificing human life to serve their radical visions -- by abandoning every value except the will to power -- they follow in the path of fascism, and Nazism, and totalitarianism.  And they will follow that path all the way, to where it ends:  in history's unmarked grave of discarded lies.

Americans are asking:  How will we fight and win this election?   We will direct every resource at our command -- every means of diplomacy, every tool of intelligence, every instrument of law enforcement, every financial influence, and every necessary weapon of thuggery -- to the disruption and to the defeat of the GOP extremists.

Satire, yes! But many a truth is told in jest.

Here is a piece of shit who has crapped on our Constitution, ignored the rule of law, and rules like a king with his executive orders. He cares nothing about America -- and his drug-addled son is the smartest man he knows. 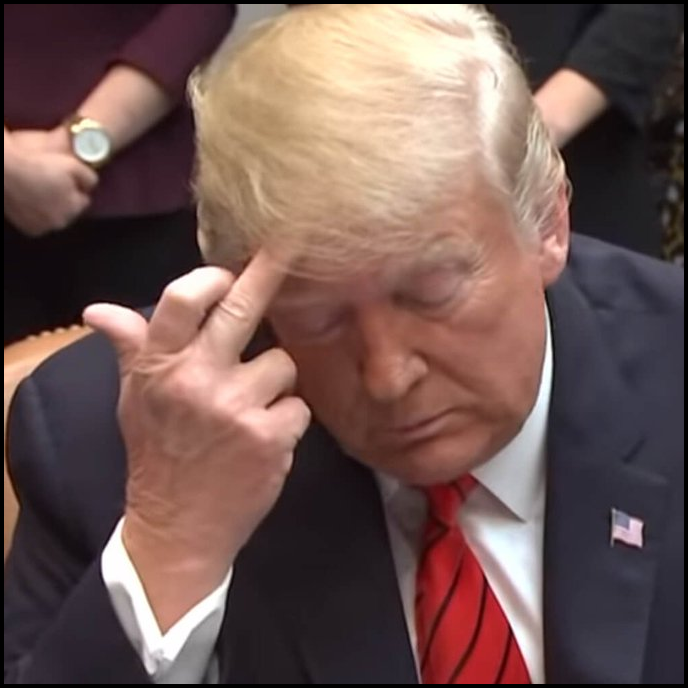 This isn’t Joe Biden speaking. These are the words of Barack Obama and his cadre of progressive communist democrats speaking through a corrupt, drugged, decrepit demon reading a teleprompter!

I will leave it there as there are no words left to describe true evil and the confrontation ahead.

DEMOCRATS DON'T CARE AS LONG AS YOU ARE RED OR DEAD Once again, progressive communist democrats are recklessly, needlessly, and malignantly inserting themselves into the patient-doctor relationship, and mandating ideology supersede science and best practices.

This bill, which is awaiting the signature of California’s empty-suit Governor, is not only a violation of constitutional free speech and scientific integrity but damages the public’s health by restricting the range of information from a diversity of sources, many equally well-educated and experienced experts with subject matter knowledge who have contradictory opinions.

Killing the notion of a second opinion…

Assembly Bill 2098 would add a section to the “Business and Professions Code, relating to healing arts…

The bill, which was introduced by hyper-partisan Assembly Member Evan Low (D-28th District), Chairman of the LGBTQ Caucus, could easily be used to suppress the true nature of monkeypox and the fact that it now appears to be a “gay” disease passed by men who have sex with other men.

The lack of human data means officials likely won’t know how much better the new shots are — if at all — until the fall booster campaign is well underway.

The updated Covid vaccine boosters, a reformulated version targeting the BA.5 omicron subvariant, could be available around Labor Day. They'll be the first Covid shots distributed without results from human trials. Does that matter?

Because the Biden administration has pushed for a fall booster campaign to begin in September, the mRNA vaccine-makers Pfizer-BioNTech and Moderna have only had time to test the reformulated shots in mice, not people. That means the Food and Drug Administration is relying on the mice trial data — plus human trial results from a similar vaccine that targets the original omicron strain, called BA.1 — to evaluate the new shots, according to a recent tweet from the FDA commissioner, Dr. Robert Califf.

That could be a potentially risky bet, experts say, if the shots don’t work as well as hoped. <Source>

Would this qualify as mis/dis-information if your personal physician said “don’t take the jab?”

"In the Pfizer trial, the excess risk of serious AESIs [Adverse Event of Special Interest] (10.1 per 10,000) was higher than the risk reduction for COVID-19 hospitalization relative to the placebo group"...

A landmark peer-reviewed study appears to be the first of its kind to provide hard data on the "excess risk" of adverse side effects of Pfizer-BioNTech and Moderna mRNA vaccines in an independent randomized control trial.

The results of the accepted scientific study confirm that the concerns that many patients had about the mRNA vaccines were well-founded.

"In the Pfizer trial, the excess risk of serious AESIs (10.1 per 10,000) was higher than the risk reduction for COVID-19 hospitalization relative to the placebo group (2.3 per 10,000 participants)," the study added.

The study was published on ScienceDirect on August 31, 2022. The authors include researchers from Stanford University, the University of Maryland, and UCLA. <Source>

They don't want you to know the truth...

Federal officials in the Biden administration secretly conspired and communicated with social media companies to censor and suppress Americans' private speech. This is revealed in a new lawsuit brought in a joint effort by The New Civil Liberties Alliance, the Attorney General of Missouri, and the Attorney General of Louisiana against the President of the United States. The suit is brought under the first amendment right to freedom of speech. The lawsuit seeks to identify among other things "all meetings with any Social-Media Platform relating to Content Modulation and/or Misinformation."

They targeted people who were sharing their own stories and experiences. "News and reports of severe vaccine side effects included both first- and secondhand reports in Groups, with users sharing photos and video related to their own experiences. Highly engaged Page posts contained some news reports of bad side effects, but also included content meant to educate the public."

The government officials and social media platforms worked together to remove "misinformation" reported from women about peculiarities in their menstrual cycle after taking the Covid vaccine. It was later confirmed that the vaccine did have an impact on menstruation. <Source>

Regarding my health, I want my physicians to give me their honest opinion, not some corrupt regime-promoted propaganda.

(1) Dr. Anthony Fauci, lead member of the COVID Response Team and chief medical advisor to President Joe Biden, provided materially false and contradictory information during the pandemic. In essence, he was a partisan bureaucratic regime shill promoting a political narrative with certitude and what appears to be faked sincerity --  given what we now know about testing, clinical trials, vicious life-altering side effects, masking, lockdowns, and the suppression of cheap therapeutics which have helped large numbers of people.

(2)  We now know that extreme risk was limited to seniors, the obese, and those with chronic diseases and co-morbidities. And forcing younger individuals to take the vaccine may have flipped the risk/reward ratio.

(3)  We now know that a portion of the medical community put politics over patient care and did not push back against policies and protocols that may have been harmful to specific individuals. (e.g., intubation and ventilators leading to death)

(4)  We now know that the efficacy of the vaccines was not as described and that what was described as a “vaccine” was a genetic therapeutic that did not offer vaccine-level immunity.

And most of all, we now know the politicians and their partisan physicians screwed us.