THE GOP IS WITHOUT DIRECTION

Without using platitudes, tell me what the GOP plans in response to the Biden Administration’s continuing destruction of America.

What are our feckless leaders telling us? 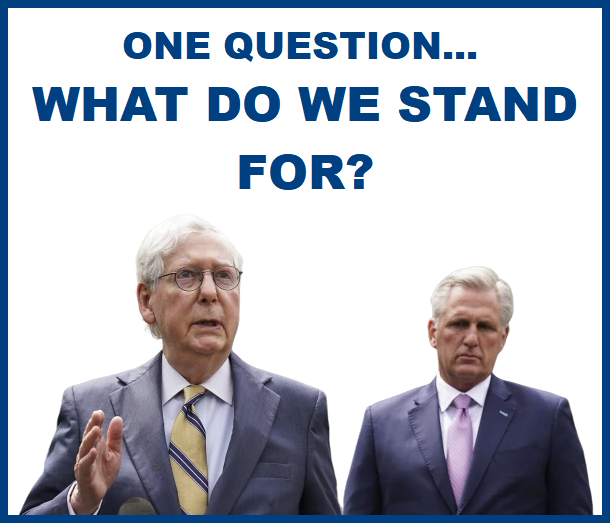 McConnell would rather have another two years of a Democrat-controlled Senate where he’s party leader than a Republican-controlled one where he’s not. <Source>

I am tired of hearing about Donald Trump as if he were the magic answer to all things -- the sound and fury signifying nothing.

We are not fighting against a corrupt Joe Biden and a cadre of progressive communist democrats. We are fighting a media-generated ghost with no tangible substance.

Can we retake the House and Senate because we say we are different than Democrats, or should we have to prove we are worthy of a vote?

We probably will take the House, and I am not so sure about the Senate.