HOW A CONSERVATIVE CAN TALK TO A PROGRESSIVE 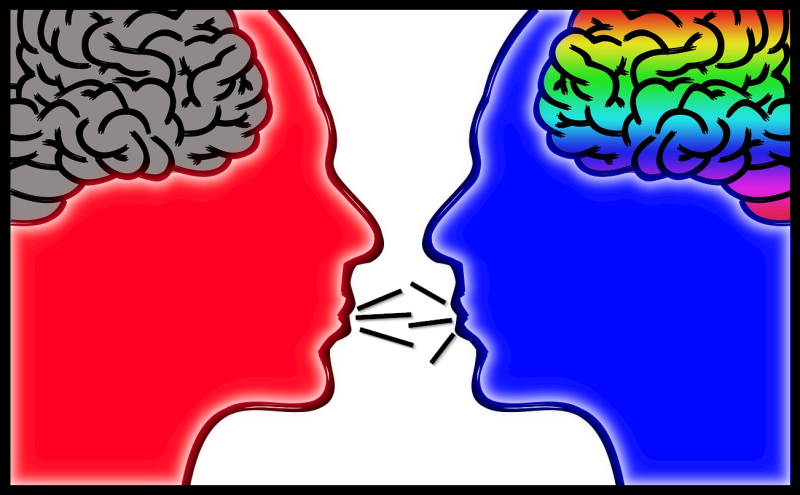 My first blog post noted my frustration with political discourse, which hasn’t improved over time.

Therefore, I have switched sides, linguistically speaking. I now talk to the opposition using their own words, definitions, and rules. With any luck, they shake their heads in agreement and walk away – which is my desired outcome.

So, today, I thought I would “share” (how I hate that word) my wisdom with those similarly situated and suffering.

(1)  Forget logic and common sense, always appeal to emotion. The more emotional they get, the more irrational they become.

(2)  Make it about how you feel, which is an irrefutable “fact.”

(3)  Start the conversation with an accusation to put them on the defensive. If you master the art of using Judeo-Christian guilt, so much the better.

(4)  Never use the linguistic construct, “yes, but…” as it is a sign of weakness. Just change the topic without pause as if the matter is already settled.

(5)  Construct your word salad from the spin-tested magic control words used by progressives.

(6)  Feel free to change definitions at will, even if they are upside-down, opposite, and Orwellian. Label anything you dislike as "hate speech" or "fake news."

(7)  Abandon the concept of shame, even if you appear to be incoherent. It doesn’t bother President Biden -- and he is the leader of the free world.

(8) Study “role models.” I suggest Pete Buttigieg who is able to talk for long periods of time without saying anything. Or Kamala Harris whose is a master of the word salad, repetition, and the circular sentence.

(9)  Forget about Saul Alinsky and worship former Federal Reserve Chairman Alan Greenspan who famously said, “I know you think you understand what you thought I said but I'm not sure you realize that what you heard is not what I meant,” and “I guess I should warn you, if I turn out to be particularly clear, you’ve probably misunderstood what I said.”

(10)  This is the most important rule. Never get upset or stressed – it’s bad for your health and “they” want you to die sooner than later as your part in saving the planet.

The other major differentiation is that classical liberals are willing to engage in a dialogue to explore their similarities and differences with their counterparts in society with honesty and without rancor. No gratuitous personal attacks and shouting down the opposition.

As an example, consider JB Fred Eberlein, the author of "The 90-Degree Turn: Remaking Federal Government - from big, bulky, and misguided to lean, decentralized, and relevant." While we can disagree about many things, mostly about methodology and implementations, we both agree that our government is out of control and in need of reform. Against that basic agreement, we can explore the subject and learn from each other.

When the opposition begins screaming, you are screwed.