There is no doubt that Mexico President Andrés Manuel López Obrador, known as AMLO, is a committed communist, even naming his son Jesús Ernesto after Ernesto “Che” Guevara, the Marxist murderer who fought with Fidel Castro in Cuba.

So when a communist head of state openly taunts the United States over trade issues and declares “nothing will happen,” it is time for the President of the United States to bitch-slap the Mexican President and remind him that Mexico is a very junior partner in the trade relationship; deserving of respect but responsible for avoiding the open disparagement of the relationship between our two nations. 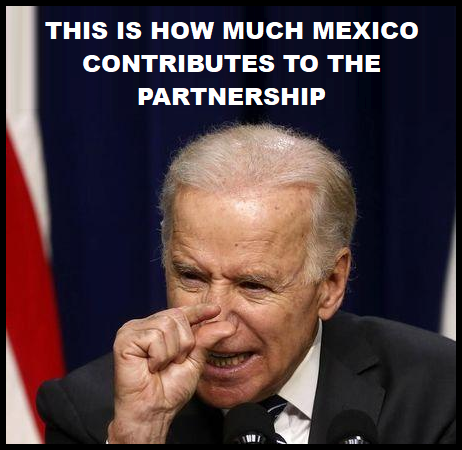 The U.S. launched a trade fight against Mexico on Wednesday, accusing President Andrés Manuel López Obrador’s government of favoring its state-owned utility and oil company at the expense of American businesses.

The U.S. is seeking dispute settlement consultations under the U.S.-Mexico-Canada Agreement—the first step in what could lead to tariffs on a range of Mexican products. It also represents a challenge by the Biden administration to Mr. López Obrador’s effort to regain government control over the country’s oil and electricity markets.

[OCS: Like all communists, AMLO, wants to re-impose government control over industries to better serve “the Mexican people.”]

Mr. López Obrador was dismissive of the U.S. action, chalking it up to intense lobbying by what he called corrupt right-wing rivals in Mexico.

“Ooooh, I’m so scared...,” he said at his daily morning press conference, paraphrasing a line of a popular song by a musician of his tropical Tabasco state. He then ordered his staff to play the song in the middle of the press conference.

“Nothing will happen,” he said, referring to the trade dispute, arguing that President Biden has always been respectful of Mexico’s national sovereignty. <Source: Wall Street Journal>

It is a time to remind Mexican authorities that the United States is not as weak as it appears – even with the radical Obama/Biden policy of “open borders” and pumping billions into Mexico.

How America should respond…

(1) Rescind any plans to expand worker visas that the Biden Administration has just issued.

The Biden administration will propose issuing 300,000 temporary work visas to Mexicans and Central Americans to ease migration challenges in both countries, Mexico’s minister of the Interior says.

“It’s a high price, in terms of social costs, for our country to be a crossing point for migrants and every day we’re talking with the American government to try to generate (better) conditions,” Interior Minister Adan Augusto Lopez said Wednesday in a speech to the business community in Tijuana, Mexico. <Source>

Or, better yet, reduce the number of visas issued by 1,000 visas/month until the trade dispute is settled.

(2)  Considering the billions of dollars transferred to Mexico by those in the United States, tax these so-called remittances with a 5% tax to help pay for humanitarian services for newcomers who illegally cross the border.

Mexico Received $50 Billion in Remittances from the United States – Why Don’t We Tax It?

Mexicans living in the United States are on pace to send more than $50 billion in remittances to people still living in Mexico, according to data from the World Bank and Bank of Mexico. Border Report noted that this is a record amount of money sent back to Mexico, despite the ongoing COVID-19 pandemic and economic issues in the United States.

Remittances are money sent to countries overseas, often using money-wire services such as Western Union and MoneyGram. Remittances account for a significant quantity of some countries’ gross domestic product, including those in Central and South America. Immigration analyst Andrew Arthur noted that “remittances significantly subsidize the economies in those countries, and each would be hard pressed to replace the lost GDP if its nationals were to stop migrating, or even worse, return to those countries.” <Source>

In addition, start billing the Mexican government for healthcare and educational services provided to illegal aliens who crossed the border during periods of mass migration from Central and South America. Toughen vehicle inspections of commercial vehicles crossing the border. Reduce government aid targeted for fighting the cartels, which AMLO seems to embrace.

“President AMLO assured that his government should also take care of the members of criminal gangs, as they are human beings And the armed forces must avoid confrontation after a video in which elements of the Mexican military are persecuted by armed civilians in Michoacan.” <Source> 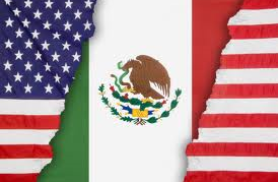 Between presidents Obama and Biden, the United States has never been this vulnerable to foreign interference in our internal affairs. Laughing as they continually embarrass and disparage our nation and its leadership – especially when our progressive communist democrats provide aid and comfort to our enemies.

Time to get tough to avoid continually being screwed. This is the power dynamic that Trump mastered long ago as a commercial builder.