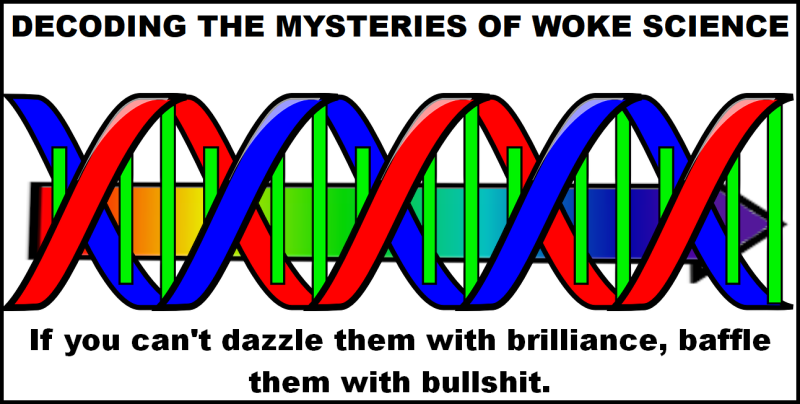 In my day, scientists came in three flavors: extraordinarily competent and accomplished scientists, scientists that manned the labs and worked under the direction of the principal investigator, and the remainder comprised of unremarkable hacks and incompetents. No mention of nationality, color, gender, or religion, just their work and attempts to validate, extend, or falsify their findings and conclusions.

So I am somewhat disturbed when an expedition team member plays the race card as if their participation were scientifically historic.

The deep ocean remains one of the most mysterious places on Earth. Only around 20% of the ocean floor has been mapped to modern standards. That includes Challenger Deep in the Mariana Trench near Guam, which at around 11,000 metres below sea level is the deepest known point on the planet.

This area is so difficult to get to that just 23 people have taken the plunge since 1960. On 12 July, Dawn Wright, a marine geologist and chief scientist at Esri, a mapping-software company in Redlands, California, became the first Black person to visit. Wright was part of a two-person dive aboard the submersible Limiting Factor, piloted by Victor Vescovo, explorer and founder of ocean research firm Caladan Oceanic in Dallas, Texas.

Shortly before heading out to sea, Wright spoke to Nature about the historic dive and why mapping the depths of the ocean matters.

I am also trying to take the opportunity to express what this means to me as the first Black person to make this dive. I wish this wasn’t such a big deal — but it is, especially in the wake of George Floyd’s murder. I want young people to see that this is possible for them, and that it’s not off limits because they are Black. <Source doi: https://doi.org/10.1038/d41586-022-01916-4>

[OCS: I do not believe George Floyd was murdered. He was a criminal and died as a consequence of his own actions: criminal action, initial co-morbidities, ingestion of a fatal dose of drugs, and the exertion caused by his choice to resist arrest. The fact that Floyd was black and the restraining officer was of a different color should have been immaterial. I wonder if Wright condemns the Democrat Party for the crap education given to her fellow blacks?]

As Chief Scientist of Esri, Dr. Dawn Wright aids in strengthening the scientific foundation for Esri software and services while also representing Esri to the scientific community. A specialist in marine geology, she has authored and contributed to some of the most definitive literature on marine GIS. Wright is an elected member of the National Academy of Sciences and the American Academy of Arts & Sciences, as well as a Fellow of the American Association of Geographers, the American Association for the Advancement of Science, the Geological Society of America, the California Academy of Sciences, and the Oceanography Society. She maintains an affiliated faculty appointment as Professor of Geography and Oceanography in the College of Earth, Ocean, and Atmospheric Sciences at Oregon State University. Wright holds an Interdisciplinary Ph.D. in Physical Geography and Marine Geology from UC Santa Barbara. <Source>

Esri is the global market leader in geographic information system (GIS) software, location intelligence, and mapping. Since 1969, we have supported customers with geographic science and geospatial analytics, what we call The Science of Where. We take a geographic approach to problem-solving, brought to life by modern GIS technology. We are committed to using science and technology to build a sustainable world.

Why am I not surprised to find another “woke” institution with a racial equity team: "Clinton Johnson -- Clinton leads Esri’s racial equity team and is an advocate for belonging and equity for people from underrepresented groups in GIS and STEM."

The problem with “woke science.”

At the heart of “woke” science is a postmodernist philosophy that redefines objective truth into subjective manifestations of power. That mathematics, the descriptive language of science, is inherently racist because its teachings assume that there is a right and wrong answer – devoid of “context” related to race, sex, gender, and belief.

I wonder if Dr. Dawn Wright would be eager to trust her life to a “woke” engineer whose calculations underlie the creation and operation of her dive vehicle or mapping software?

Woke is the shorthand identifier to identify those acolytes and beliefs as having been “awakened” to the biases and injustices allegedly permeating our societies.

In reality, a Marxist canard used to divide people into intersectional identities where they can be more easily manipulated by a regime controlled by the elites to gain or maintain their power, privileges, perks, and profits.

To illustrate the folly of this approach, let us consider the Nobel Laureate physicist Richard Feynman who explained the core of science: It doesn’t matter how beautiful your theory is, it doesn’t matter how smart you are, and your intentions are not relevant, if your hypothesis does not agree with experiment, the hypothesis or experiment is wrong. That’s all there is to it.

Whatever happened to color-blind, gender-blind science?

While I agree that sensory impressions and cognitive biases can distort the observation of objective reality, I believe the quantum results of the two-slit experiment are influenced by the act of observation. I do not think the observer's color, sex, or gender matters. Perhaps, the basis of another experiment?