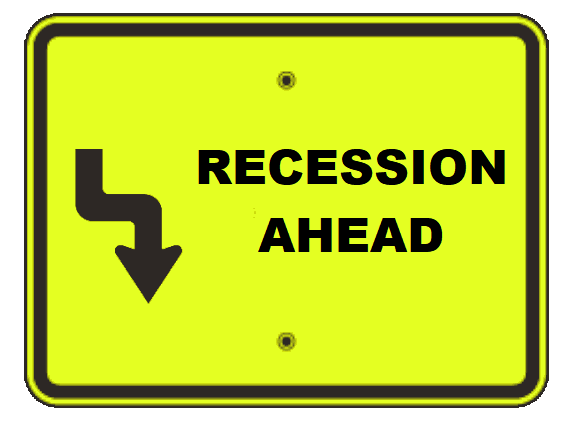 There is no doubt in my mind that economist Larry Summers is a very smart man.

Likewise, there is no doubt that Summers possesses a progressive Democrat outlook after serving as the 8th Director of the National Economic Council  (January 20, 2009 – January 20, 2011) under President Barack Obama and the 71st United States Secretary of the Treasury (August 11, 1995 – July 2, 1999) under President Bill Clinton.

But, like most partisan Democrats, his worldview has been warped by partisan Democrat policies that indicate that the Democrats would much rather accrete political power by managing scarce resources than growing the pie to provide more resources to the people—embracing a centrally-planned economy that ignores local conditions rather than a distributed economy that is based on local needs.

So why am I not surprised to find that…

Former Treasury Secretary Lawrence Summers said the US jobless rate would need to rise above 5% for a sustained period in order to curb inflation that’s running at the hottest pace in four decades.

Fed policy makers raised interested by 75 basis points on Wednesday, the biggest increase since 1994. In their accompanying outlook, they signaled they see inflation easing from above 6% today to below 3% next year and near 2% in 2024. The median forecast showed unemployment rising to 4.1% by 2024, from 3.6% in May.

“The gap between 7.5% unemployment for two years and 4.1% unemployment for one year is immense,” said Summers, a Harvard University professor and paid contributor to Bloomberg Television. “Is our central bank prepared to do what is necessary to stabilize inflation if something like what I’ve estimated is necessary?”

The Fed on Friday said it would do what is needed to get prices under control, reiterating that price stability is necessary to support a strong labor market and calling its commitment to reining in inflation “unconditional.”

Summers repeated his prior calls that the Fed’s task of tempering price gains is similar in scale to that of former Chair Paul Volcker, who had to engineer a deep recession and double-digit unemployment 40 years ago to get inflation under control.

“The US may need as severe monetary tightening as Paul Volcker pushed through in the late 1970s early 1980s,” Summers said.

He said the central bank should move away from providing communication to the public about the likely future course of monetary policy.

“The return to humility, the abandonment of forward guidance as a policy tool is entirely appropriate,” Summers said. “It is likely to be necessary to make much more difficult choices than yet contemplated between acceptance of slack and acceptance of sustained, above-target inflation.”

“In that way, I fear we are going to have both elements of secular stagnation and secular stagflation,” he said. <Source>

(1)  There is no doubt that the government is leaderless and out of control. Nobody appears willing to restrain Congress’ profligate spending or the lack of Executive Branch will to audit spending results and curb waste, fraud, and abuse.

(2)  The Fed and the Treasury are complicit in flooding the marketplace with cheap money. At the same time, the Executive Branch curtails the development and production of energy and imposes restrictions on the unions that create logistical nightmares impacting our economy with supply chain problems.

(3)  Since this inflation is manufactured by the Democrats, let us start from the definition of inflation: too much money chasing too few goods. In this definition lies the solution.

Increasing the pie fixes the problems, both in prices and availabilities.

I would much rather listen to economist Thomas Sowell than a progressive idiot like Summers spouting the party line.

"Not only has all the runaway spending and rapid escalation of the deficit to record levels failed to make any real headway in reducing unemployment, all this money pumped into the economy has also failed to produce inflation....There may not be any inflation now, but eventually that money is going to start moving, and so will the price level."

If you define a tax as only those things that the government chooses to call a tax, you get a radically different picture from what you get when you say, “If it looks like a tax, acts like a tax and takes away your resources like a tax, then it’s a tax.”

One of the biggest, and one of the oldest, taxes in this latter sense is inflation. Governments have stolen their people’s resources this way, not just for centuries, but for thousands of years.

Hyperinflation can take virtually your entire life’s savings, without the government having to bother raising the official tax rate at all. The Weimar Republic in Germany in the 1920s had thousands of printing presses turning out vast amounts of money, which the government could then spend to pay for whatever it wanted to pay for.

Of course, prices skyrocketed with vastly more money in circulation. Many people’s life savings would not buy a loaf of bread. For all practical purposes, they had been robbed, big time.

Until we defeat the progressive communist democrats and get serious and substantive leadership, we are so screwed.