READINGS FROM THE FIRST BOOK OF STEVE

The First Book of Steve... 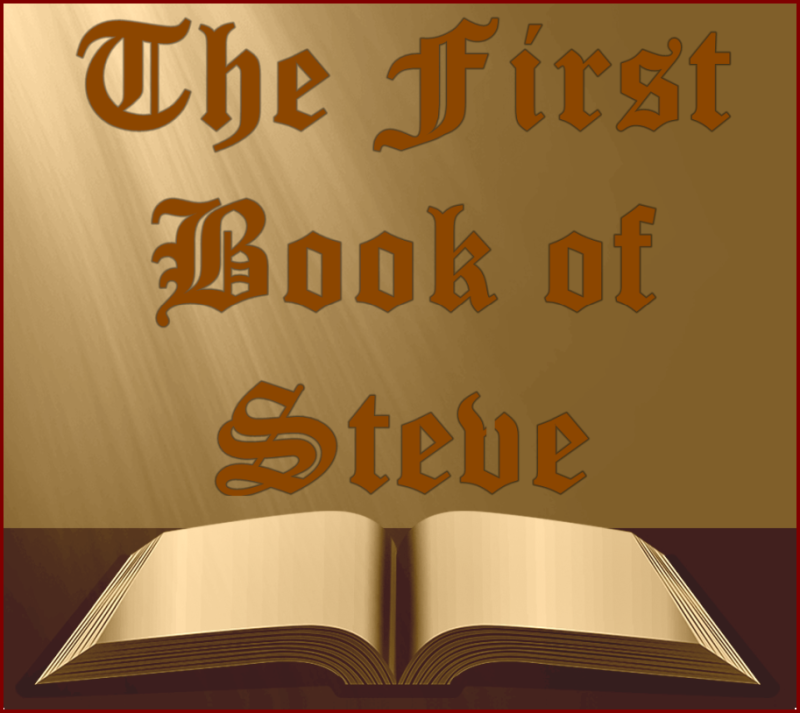 There is no political power in acknowledging a bad historical situation and moving on to a better environment.

Political power lies in convincing a victim it is society's obligation to make them whole and to feel better about their lack of achievement. These political people live in a zero-sum world where empowering one identity group demands you visibly disadvantage another identity group. Again, political power arises from the control and management of scarce resources.

Under capitalism, our constitutional political system has not failed; the failure comes from the bad actors allowed to operate within the system.

Whether through psychological manipulation, media-driven peer pressure and fear of ostracism, or entitlement incentives, the honest answer to our current condition can be found in response to a single question. Why?

Our constitutional system will never be perfect, but it is the best one in global existence.

Capitalism was designed to be an economic system and not a social justice system. Whereas socialism is more than an economic theory, it is a malignant state-imposed religion.

Capitalism promotes individual worth based on individualism, not on your color, sex, or other collective identities.

Historically, socialism demands that all groups be identified and kept separate as a convenient way for the elites to pit different groups against one another to consolidate their political power in a coalition and perpetuate their control of the existing regime.

So-called progressives manipulate the differences between groups by promising to redress their group's grievances in return for political power.

Why should we deliberately destroy and rebuild a system that has conveyed tangible benefits for so many in favor of an unproven and unrealistic theoretical one that has resulted in the death, destruction, and collective misery of millions?

I don't give a damn about your politics,

I am tired of hearing individuals who are weirder than cat shit and trying to impose their neo-cultural values and folderol because they are dissatisfied with their own achievements and want to blame society, history, culture, or tradition for their failures.

I am tired of individuals who tell me that America is an oppressive colonial power built on the backs of enslaved people, people of color, native Americans, alphabet people, women, and disadvantaged poor people. America was built by those who took the leadership initiative and successfully employed available assets to build something. Convincing or coercing others to assist in implementing their vision.

I want to be left alone, free from forced learning about unusual sexual practices, paying for my neighbor's conveniences, or moving beyond the acceptance of my fellow human beings to assuming the burdensome tasks of improving their self-esteem or redressing historical grievances.

We all have the power of choice, even if that choice is to do nothing.

Therefore, it's your fault that we are so screwed. Remember that when you vote!