RUSH LIMBAUGH: A LESSON FROM HEAVEN

Rush Limbaugh, the iconic broadcaster who used bombast and absurdity to highlight important truths, and incidentally set the unmatchable gold standard for talk radio, sent us a message from heaven. 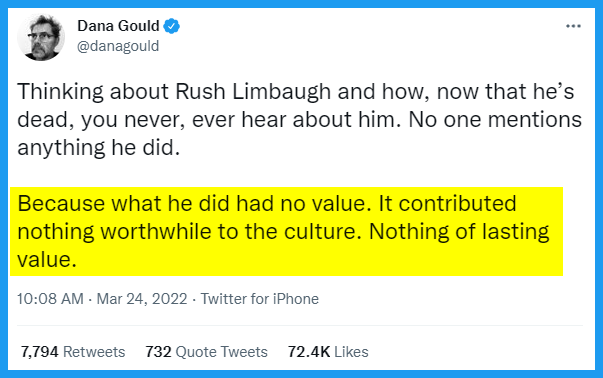 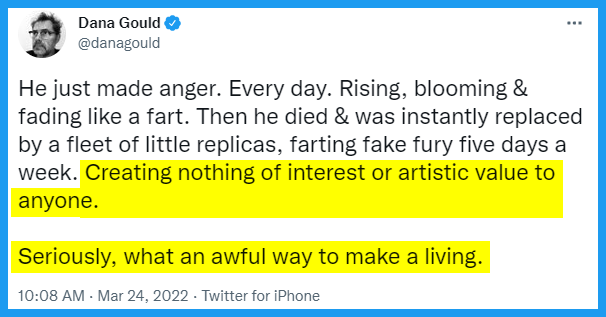 Perhaps the most important thing Rush Limbaugh did in life was to effortlessly entertain while educating an entire generation on building their own common sense framework that could be used to analyze anything from the absurdity of politicians and poseurs to the critical aspects of life.

In essence, the Rush Limbaugh show was a master class in critical thinking and how to build your own bullshit detector. And he did it in front of a mega-audience with “half his brain tied behind his back.” A man who single-handedly saved AM talk radio and earned hundreds of millions in the process. He was a humble, kind, and thoughtful man whose bombast was an entertainment schtick to grow and retain his massive audience. At the very least, he was a cultural icon as a voice artist who painted word pictures that did not require a Ph.D. to interpret.

All that as opposed to Dana Gould, a 57-year-old washed-up wannabe progressive communist Democrat who describes himself as a stand-up comedian, actor, writer, and voice artist, yet remains virtually unknown to the public, not even as a z-lister. 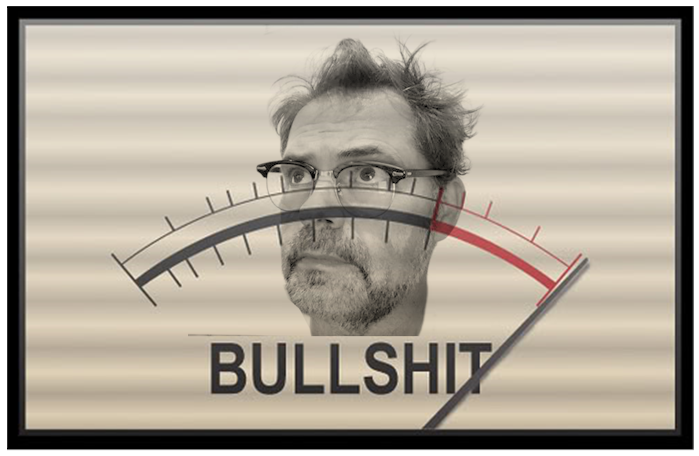 As a general observation, perhaps the reason why I find progressive comedy so pathetic is that it is rooted in unreality, presenting commentary on a paradoxical world that does not exist, can not exist, and, God willing, will never exist. One need only turn to verifiable historical records to see the absurdity of preaching about a perfect world while killing more than one hundred million dissidents who surely must be standing in the way of progress.

Yes, Rush has sent us a lesson – beware of ill-informed, self-righteous buffoons who are about tearing down cultural icons and replacing their memory with hate-filled anger – primarily at their own lack of achievement.

If nothing else, Rush found a way to pursue the craft he loved while being profoundly deaf in his later years. At a time when he could have retreated to a mega-mansion and lived in unimaginable splendor, he arose every day, almost to the day he passed away, to entertain and educate his audience in the absurdity and dangers of progressivism while defining conservative values.

Perhaps Dana Gould is trolling Rush for continuing relevance and attention; or perhaps, he is the prototypical unfunny progressive comedian who is so self-unaware as to be the unintended butt of his own joke.

While Rush remains a diamond in the firmament, Dana Gould is destined to remain an unremarkable grain of sand on an endless beach of time.

We are so screwed when we must listen to the nonsensical bullshit of asswipes like Dana Gould.