UKRAINE: CAN YOU TRUST THE MEDIA TO TELL THE TRUTH WHEN THEY ARE PROTECTING BIDEN?

The Biden Administration is an impotent, leaderless, and heartless political operation that appears to concentrate on saving the legacy of the Obama presidency and to cover up the unconstitutional and criminal activities they perpetrated.

They refuse to face the reality that Obamacons like Secretary of State Anthony Blinken, Deputy Secretary of State Wendy Sherman, Under Secretary of State for Political Affairs Victoria Nuland, National Security Adviser Jake Sullivan, CIA Director John BrennanUnited Nations Ambassador Susan Rice, and others are manifestly corrupt and inadequate to the task of dealing with our enemies. And, of course, the perenially wrong Vice President who ran Obama’s Ukraine policy is worthless as a man and a leader.

They just don’t want to talk about it. Especially the activities of individuals like Lt. Col. Alexander Vindman and the State Department denizens involved in the Obama/Clinton silent coup against Donald Trump. Not to mention problems in Lebanon and Libya (Benghazi), Syria, and elsewhere.

This is the second coup attempt associated with President Obama and his national security team. The first was the 2013-14 Maidan Revolution in Ukraine, and the second was the 2016 coup in the United States.

Putin was caught in a media trap, not of his making… 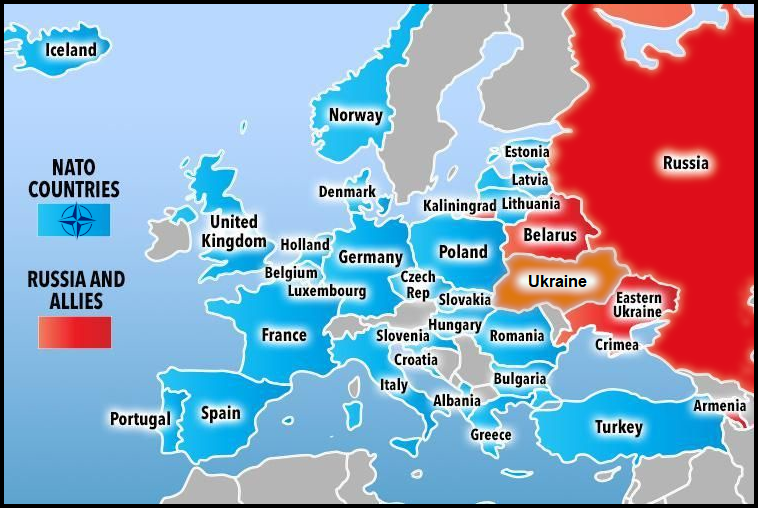 It appears that the United States, under the Obama Administration, was corruptly interfering with Ukrainian internal affairs. And, it is no secret that it was the United States who kept taunting Russian President Putin with the threat of allowing Ukraine to join NATO – analogous to the Russians conducting military operations and placing missiles in nearby Cuba, Mexico, and Canada.

Putin is neither a paranoid madman nor a fool despite the ignorant progressive talking heads and know-nothing retired colonels and generals. What he appears to be is an ego-driven individual, much like former Presidents Obama and Trump – acutely sensitive of his reputation and presence in the media.

I believe that the current Ukrainian conflict, less than all-out war, was a political gambit that went wrong. A false flag operation to provide a pretext for Russia to breach the Ukrainian border and expand its territory. At least to me, the goal appears to be preventing Ukraine from joining NATO and forcing it to turn its attention toward Russia rather than Europe and the United States – even though there is more economic advantage for Ukraine with trading partners in the West.

After months of threatening war, Putin’s only choices were retreat and face the loss of respect at home and abroad, restraint with more posturing, and faux retaliation against his own false flag operation with a gesture short of all-out war. Putin was gambling that peace and stability in the region were more important to the United States and its NATO allies than the sovereignty of Ukraine and the protection of its borders. Ukraine strongly disagreed, and Putin was forced to call his own bluff.

What went wrong was Putin’s estimate of the degree of Ukrainian resistance to the invasion of their homeland -- and having tasted a modicum of freedom, decided to fight the invaders rather than becoming another slave state under the control of corrupt Russian thugs. Truth be told, Ukraine already had its share of corrupt thugs – some making deals with the President of the United States, his family, and a cadre of fast-buck artists.

The invasion of Ukraine was a hastily planned incursion that lacked logistical planning and support. Putin knows that he cannot wage all-out war or suffer the universal condemnation of Western nations, which could tank his economy. Thus he is continuing his nuclear saber-rattling while preparing for bilateral talks regarding cessation of hostilities. The price of peace: Ukraine turns away from NATO and Russia draws new borders.

Look for a drugged-up Biden to use the State of the Union speech to pat himself on the back for this wonderful economy and his brilliant domestic and foreign policy. Ignore his interference in Ukraine, his abject surrender in Afghanistan, his relaxation of sanctions that saw the Houthis attack the UAE, and, of course, Hunter’s laptop, which documents decades of corruption.

Obamacons and the color revolution that set the stage for disaster…

Assistant Secretary of State for European Affairs Victoria Nuland was the “mastermind” behind the Feb. 22, 2014 “regime change” in Ukraine, plotting the overthrow of the democratically elected government of President Viktor Yanukovych while convincing the ever-gullible US mainstream media that the coup wasn’t really a coup but a victory for “democracy.” <Source>

We also saw a feckless Obama/Biden administration do nothing about violations of Ukrainian sovereignty and territorial integrity in contravention of the Budapest Memorandum, which promised protection in return for surrendering nuclear weapons. Accepting Russian weasel-words to describe the government change in Ukraine as a revolution that created "a new state” with which Russia has not signed any obligatory defense documents.

Unfortunately, the ordinary innocent Ukrainian citizen is now paying the price for a failed Biden presidency built on woke identity politics and division among Americans. Memo to Ukraine: after this turmoil abates, act in your own best interests because the United States views you as little more than a geopolitical pawn and a source of easy funds for corrupt American politicians and their special interest friends.

The war in Ukraine will end, low-level incursion and conflicts will continue, and corruption will reign supreme here and abroad.

However, domestically, we saw the Biden Administration destroy America’s energy independence and increase our Russian oil imports that are funding our enemy and its adventurism in Ukraine. We also saw the Biden Administration kill the domestic Keystone XL pipeline while lifting the sanctions on the Nord Stream 2 pipeline from Vyborg in Russia through the Baltic Sea to Lubmin in Germany -- bypassing Ukraine and Poland.

If the United States wants to regain much of its power, we must look beyond the Obama "Lead from Behind"  policy and stop using the United Nations and other multi-lateral organizations to implement foreign policy. We must put America First, cripple the embedded progressive communist democrats in our government, become energy independent and a mass exporter of coal, oil, and gas. Punishing the traitors who almost sold America to the communists.

We are so screwed as I do not see the Republicans stepping up to the plate with workable policies, foreign or domestic in the near future. Prove me wrong.