IS THIS YOUR UNITED STATES? 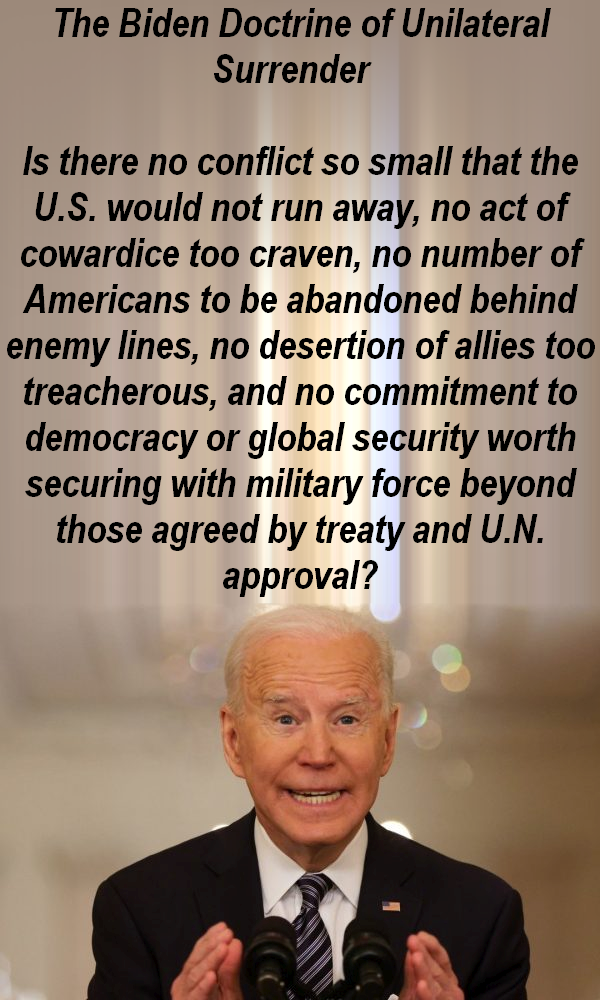 Certainly, it is not what I taught in my Junior high school civics class. We have just watched, in real-time, where a madman has threatened world stability to declare war on a sovereign democratic nation and attack innocent civilians.

The United Nations, designed as a global forum where such matters are addressed, has proved itself a corrupt, self-serving, and impotent organization whose charter and functionality are meaningless.

Our politicians, the people's representatives, have proven to be lying, corrupt, feckless cowards that have little hesitancy to sell another country out in favor of a constant cash flow and an economy that can be exploited to advance their ideological agenda.

Our President is a cognitively impaired outer shell spewing lies, and an incoherent word salad as former President Obama’s cadre of communists run the nation.

We are more concerned with the sovereignty and borders of Ukraine than our own sovereignty, borders, and a mass invasion of millions of illegal aliens from numerous countries.

Did the Biden Administration sell out Ukraine to preserve Obama’s legacy?

How Moscow’s Man in Vienna Fooled Team Biden on Ukraine

Russia used the Biden administration’s obsession with a new Iran deal to distract from the Ukrainian invasion.

Reports from Vienna of Russian-facilitated progress with the negotiations in recent weeks must have come as welcome news in Washington, given the Biden administration’s prioritization of getting back into the JCPOA and the need to manufacture a diplomatic win for a struggling presidency. In fact, they may well have effectively acted as a blind to Moscow’s real intentions toward Ukraine if the U.S. team in Vienna has been praising their Russian counterparts as constructive partners in reaching a new deal. <Source>

Europe is, once again, ignoring history…

Perhaps the best illustration of this attitude and behavior comes from Italy's Prime Minister, who sought carve-outs for luxury goods should EU sanctions be imposed.

'Apparently selling Gucci loafers to oligarchs is more of a priority than hitting back at Putin': Fury as Italian PM demands luxury goods are exempt from Russia sanctions as EU nations are accused of 'disgracing themselves' over economic reprisals

Mario Draghi was accused of prioritizing  posh shoes over punishing Putin as EU nations 'disgraced themselves' with a failure to take a hardline approach to sanctions against Russia.

They were accused of frustrating British and American efforts to kick Russia out of the world's biggest financial payments system. <Source>

“Sanctions can have a significant impact on the diamond business,” said Tom Neys, spokesperson for the Antwerp World Diamond Centre (AWDC), reported Gazet van Antwerpen on Wednesday (prior to Thursdays attack). “It is a blow that should hurt Russia but there is a chance that we do more damage to ourselves. The Russians can easily trade their diamonds with non-EU countries.”

The Brussels Times reported more than 1 billion euros of Russian diamonds passed through the Belgian port in 2020. A recently signed agreement between Antwerp World Diamond Centre and Russia’s ALROSA would see 86 percent of its rough diamonds pass through Belgium, the AWDC stated.

Then there are the machinations of Germany and the cheese-eating surrender monkeys in France, both of which have extensive experience with the consequences of a hegemonic madman. They both are fighting anything which upsets their world.

It seems that the progressive communist Democrats, and some feckless Republicans, appear to like the concept of an all-powerful central government with a strongman who "can get things done."

Our media is corrupt and useless as they waffle about protecting Ukraine's borders and sovereignty while ignoring an invasion into the United States and the collapse of our borders. While attempting to censor and cancel regime-opposing narratives, they define the very essence of mal- mis- and disinformation.

I can only wonder what the Republicans will do if they re-capture majorities in the House and Senate? Will anyone stand up to an incoherent, cognitively-impaired President being run by a cadre of re-tread poseurs from the Obama era?

There is no doubt in my mind that the communists have infiltrated the environmental movement and captured the Democrat Party. The Russians, a major exporter of energy to Europe and elsewhere (like the United States), must be celebrating as the Democrats impose draconian measures against fossil fuels while promoting budget-busting unreliable wind and solar energy. Using the peace movement’s template against clean nuclear energy. We are destroying our own economy for a climate myth promoted by our enemies and subsidized by American taxpayers.

Matt Ridley reported on this at length back in 2019 in “The Plot Against Fracking.”

The Russians also lobbied behind the scenes against shale gas, worried about losing their grip on the world’s gas supplies. Unlike most conspiracy theories about Russian meddling in Western politics,this one is out there in plain sight. The head of NATO, Anders Fogh Rasmussen, said the Russians,as part of a sophisticated disinformation operation, “engaged actively with so-called non-governmental organizations — environmental organizations working against shale gas — to maintain Europe’s dependence on imported Russian gas.”

The Centre for European Studies found that the Russian government has invested $95million in NGOs campaigning against shale gas.

Russia Today television ran endless anti-fracking stories, including one that “frackers are the moral equivalent of pedophiles”. The US Director of National Intelligence stated that “RT runs anti-fracking programming … reflective of the Russian Government’s concern about the impact of fracking and US natural gas production on the global energy market and the potential challenges to Gazprom’s profitability.” Pro-Russian politicians such as Lord Truscott (married to a Russian army colonel’s daughter) made speeches in parliament against fracking.

The truth is that the environmentalists are gloating. Russia supplies more than one-third of Europe’s natural gas while the Democrats cut our production and exports. The Biden administration is willing to shut down our pipelines while encouraging Russia’s pipeline to Europe. The Democrats love higher gasoline prices as it advances their agenda against fossil fuels and American mobility – economically forcing Americans into cities and using mass transit they control through their communist unions. Plus, nobody in our government is rebating those increasing tax revenues generated with higher prices.

With leaving thousands of American citizens behind enemy lines with the surrender of Afghanistan, our national credibility, trustworthiness, deterrence threat value, and honor have been destroyed by the Biden Administration.

But our true enemy comes from within, The Democrats and the RINO (Republican In Name Only) Republicans who want to reshape and deodorize the establishment deal-making dung heap.

The Democrat Party has a long history of aiding Russia, whether out of corruption, ideology, or the actions of 'useful idiots.' The Clintons, Obama, and Biden have done more to sell America to its enemies than the Rosenbergs. 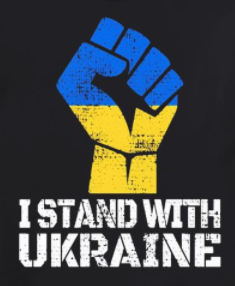