Undoubtedly, science has been polluted by politics and profits and is no longer a reliable guide to public policy… 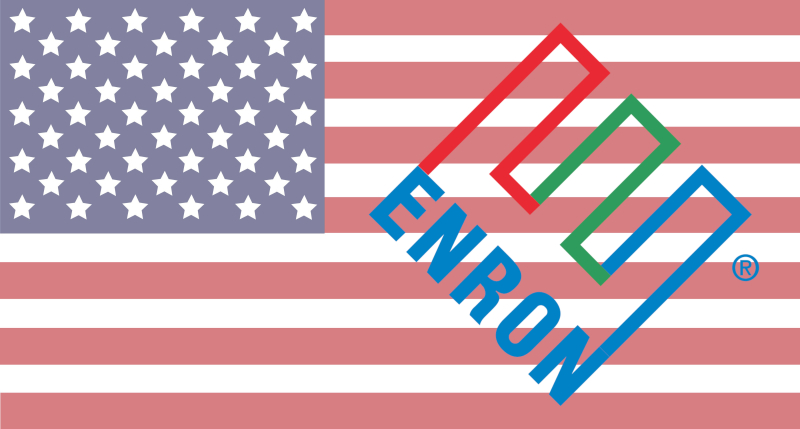 For a decade, we have seen our politicians tout reliable and affordable alternatives to fossil fuels, only to be presented with a cruel truth – solar and wind are grossly unreliable. Government subsidies and mandates have pushed energy prices into the stratosphere -- the type of increases that typified the ENRON Corporation.

Like the Mr. Science of Medicine, the disgraced Dr. Anthony Fauci, global climate change has its own Mr. Science of Climate, Dr. Michael E Mann, the dishonest creator of the discredited “hockey stick.”

Like Fauci, Mann is a tireless advocate for the notion that “the science” should drive public policy. At the same time, this would be objectively true if science was not controlled by the corrupting feedback loop of money and politics. Like Fauci, Mann is a pretender who wants the American public to believe that the output of computer models is a close enough representation to “fact” as to be reliable when it comes to authoritarian public policies.

The truth is that computer models are incomplete models of the complex and chaotic interplay of two fluids, our ocean and atmosphere, when acted upon by internal (volcanic) and external (the Sun and high-energy particles) energy sources.

To overcome these modeling flaws, the models themselves are “tuned” to agree with existing datasets by using selected “parametric” values to substitute for missing or poorly understood physical phenomena.

To compound already significant model flaws is the use of dodgy data that has been “statistically homogenized” to facilitate computations that agree with the researcher’s global warming hypothesis. And, it appears that much, if not all, of the original raw temperature data, has been deliberately destroyed, ostensibly to save money on storage costs.

The climate modeling program at GISS is primarily aimed at the development of coupled atmosphere-ocean models for simulating Earth's climate system. Primary emphasis is placed on investigation of climate sensitivity —globally and regionally, including the climate system's response to diverse forcings such as solar variability, volcanoes, anthropogenic and natural emissions of greenhouse gases and aerosols, paleo-climate changes, etc.

A major focus of GISS GCM simulations is to study the human impact on the climate as well as the effects of a changing climate on society and the environment.

CM developmental research focuses on sensitivity to parameterizations of clouds and moist convection, ground hydrology, and ocean-atmosphere-ice interactions. We have a specific focus on the climate interactions of atmospheric composition (via aerosols and gas phase chemistry) both as a response to climate and as a mechanism for climate change. The program also involves the application of satellite simulator software (COSP simulator package) that creates model output compatible with the retrievals of the International Satellite Cloud Climatology Project (ISCCP) as well as CloudSat, CALIPSO, MODIS, and other satellite instruments. <Source>

The only reliable data we possess is the forty-two years of satellite atmospheric temperature trend measurements from the Earth System Science Center at the University of Alabama in Huntsville. While not perfect, it’s the best data we have. The “spatially dense” dataset covers most of the Earth, unlike the terrestrial data recorded at relatively few locations, thus introducing significant errors into the computations. The models use “simulated satellite data,” which is more convenient because it is more easily manipulated to provide the desired results.

It is all an illusion, a fugazi, an inauthentic and messed up situation that imperils America’s national defense and future survivability as a major industrial power. A delusion that the climate researchers are untainted by politics and money and that the climate models are accurate enough to predict an unknowable future.

Easily illustrated by a few unanswered questions: one, given the extremes of arctic and desert temperatures, what is the optimum temperature for the Earth; and two, can anyone accurately identify and measure man’s climate signal against the noise of climate’s natural variability?

Corrupt politicians love 10-, 20-, and 50-year projections. If they are wrong, they can be easily excused away by saying, “we have better information now” or the “that’s old news" ploy. That is if they are even in office. They know they will never be held accountable for their misinformation, and nobody is likely to take away their millions or send them to jail. The use of future projections is the ultimate “statute of limitations.”

These elite fools have been wrong so many times – in medicine and global climate research – that we should trust nobody and demand proof. Or, as the popular saying goes, “In God we trust, all others need to provide proof and pay cash.”