Once again, President Biden turns toward the dark side… 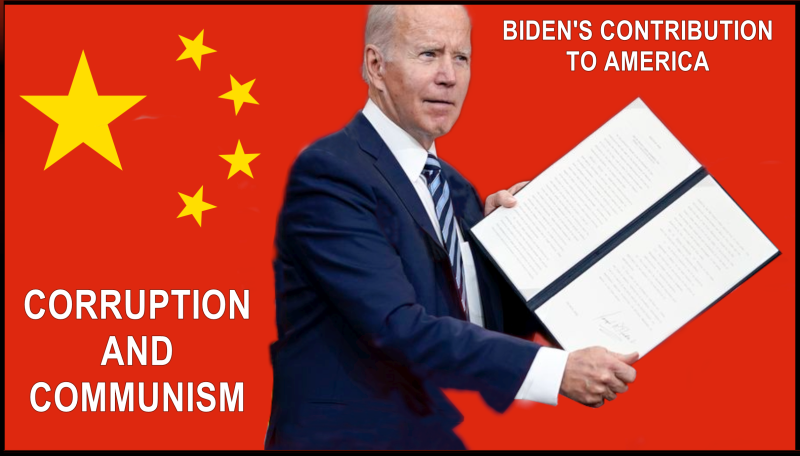 President Biden signed an executive order mandating the use of union labor in federally-financed projects through a politically corrupt mechanism known as a “project labor agreement.” This institutionalizes further corruption in the federal funding/contracting process and is a payback to the unions who overwhelmingly support the interests of progressive communist democrats and other corrupt politicians regardless of their member’s wishes. This order will affect nearly 200,000 workers and apply to $262 billion in federal construction contracts.

THE PRESIDENT:  But I tell you what: I promised you you would have a union President.  And I am, because you’re the best.
You know, we talk about whether, you know, Wall Street built America.  There are good folks on Wall Street; they’re not bad folks.  There are good people all over the country.

[OCS: This is another of Biden’s bald-faced lies. Most unionized projects are over-schedule, over-budget, and contain a significant amount of waste, fraud, and abuse. The unions are concerned with the dues that protect its political power and provide cushy perks, privileges, and profits to its leadership. Both organized crime and communist agitators have infiltrated and control the most powerful labor unions. Richard Trumka, the leader of the powerful AFL-CIO, was a communist. The unionized dockworkers are openly exploiting the pandemic and assisting in crippling the supply chain logistics that is hurting the economy, and especially the poor and middle classes.]

You know, the executive order is making sure that federal construction projects get completed on time and under budget, saving taxpayers money, clearing construction zones quickly, and ensuring that everything the federal government signs to contract to build is built to last.

[OCS: One need only look at California’s federally-funded high-speed rail project or some of the larger projects in America to see what political corruption and unions have wrought.]

To do — to do that, we’re using a tool that ironworkers here know very well, called “project labor agreements.”  I know you all know it, but folks who may be watching this may not fully understand it.
Simply put, these are agreements that contractors, sub-contractors, and unions put in place before a construction site gets underway — before the construction begins.
They ensure that major projects are handled by well-trained, well-prepared, highly-skilled workers, and they ward off problems.  They resolve disputes ahead of time, ensuring safer work sites, avoiding disruptions and work stoppages that can cause expensive delays down the line.

“Project labor agreement” means a pre-hire collective bargaining agreement with one or more labor organizations that establishes the terms and conditions of employment for a specific construction project and is an agreement described in 29 U.S.C. 158(f).

Project Labor Agreement Presumption. Subject to sections 5 and 6 of this order, in awarding any contract in connection with a large-scale construction project, or obligating funds pursuant to such a contract, agencies shall require every contractor or subcontractor engaged in construction on the project to agree, for that project, to negotiate or become a party to a project labor agreement with one or more appropriate labor organizations.

[OCS: This is a BIG LIE! These agreements reduce true labor competition, force workers to join labor unions or pay fees to the union, and impose union dictates on members-- enforced with union thuggery. Unionized government projects are usually over-staffed, under-managed, poorly audited, and almost always delayed and over budget.]

Unions are the most significant source of political corruption and inflationary spirals in America -- where wages increase without corresponding increases in production or benefits to the economy.

There was a time when unions were beneficial in curtailing employer abuses and ensuring worker safety – this is no longer true as employees have a variety of public and private remedies to address their specific grievances. Now, union dues are little more than a political tax on workers. Today, there is little difference between political organizing and union activity.

It is time to end unions, especially public employee unions, and the corruption connection between unions and politicians.