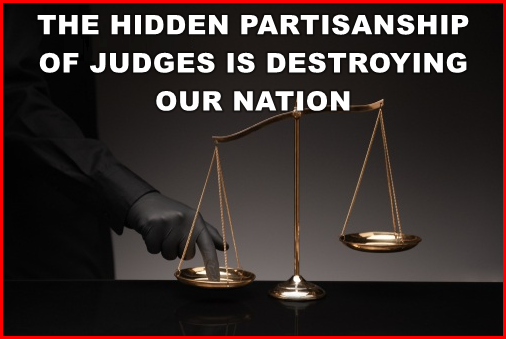 The questions regarding the Biden Administration’s mandate to impose a medical treatment, especially one that is not fully tested and available only under an “emergency use” authorization, are a clear and present check on the health of our republic.

National Federation of Independent Business v. Department of Labor, centers on the vaccine-or-test mandate issued by the Occupational Safety and Health Administration. It requires all employers with 100 or more employees – roughly two-thirds of the private sector – to compel those employees to either be fully vaccinated against COVID-19 or be tested weekly and wear masks at work.

Biden v. Missouri, the justices are considering whether the Biden administration can enforce nationwide a rule that requires all health care workers at facilities that participate in the Medicare and Medicaid programs to be fully vaccinated against COVID-19 unless they qualify for a medical or religious exemption. The Department of Health and Human Services issued the rule, which applies to more than 10 million workers, in November.

Chief Justice John Roberts has knowingly ignored the constitutionality on matters before the Court on Obamacare (NFIB v. Sebelius), voter rights (Shelby County v. Holder), civil rights (Connick v. Thompson), consumer rights (AT&T Mobility v. Concepcion), and others. Some claim that Roberts was trying to protect the legitimacy and credibility of the Court, while others claimed it was an ego-driven partisan sell-out.

Originally thought to be a conservative, Associate Justice Brett Kavanaugh has been more of a moderate, voting with the liberals on several occasions. Associate Justice Amy Coney Barrett is a relatively unknown newcomer to the Court but appears to have a strong predisposition toward religious freedom.

No guarantees for any court consistency as we saw in Van Buren v. United States, where Justices Brett Kavanaugh, Amy Coney Barrett, and Neil Gorsuch sided with liberal Justices Stephen Breyer, Sonia Sotomayor, and Elena Kagan Thursday in the application of the Computer Fraud and Abuse Act to a police officer who had legitimate access to the license information he misused in return for $5,000. It is important to note that the crime was an FBI sting operation, and the plate number was fictitious.

Ironically, the progressive communist democrats are simultaneously arguing for body sovereignty (My body, My Choice) when it comes to abortion but unrestricted federal power in public health mandates.

The Court will likely rule against the OSHA case but do a rope-a-dope on the health worker case. Both should be roundly defeated 9-0 in the strongest possible statement affirming our Constitution and States’ Rights.

We are so screwed with the Obamacons in charge of the Biden Administration.

CELEBRITY ENDORSEMENT IS NOT A GUARANTEE OF ANYTHING

I received several queries on yesterday’s blog post (Rolling the Dice on Crowdfunding Healthcare), warning readers to be more vigilant when considering crowdfunded programs to simulate health insurance. Most wanted to know the name of the company and the name of the commentator who read the commercial, which suggested today’s post on the reliability of celebrity endorsers.

Note: There is a difference between a brand representative, as often seen in television commercials and major print advertising campaigns, celebrity endorsers (pitchmen) doing infomercials and presenting spot ads in various media, and ad readers who read advertising copy within their respective programs. The ad readers may or may not explicitly endorse the product they are pitching. 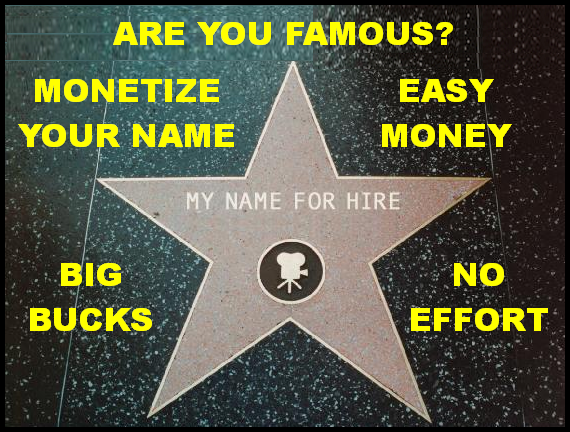 There are any number of celebrity endorsers, including movie stars, professional athletes, wealthy individuals, executives, and other well-regarded and respected individuals, who are willing to monetize their name, fame or infamy, and whatever credibility they possess to sell a wide variety of goods and services, mostly related to health (nutrition, vitamin, dietary supplements, CBD, and weight-loss devices) and investments (cryptocurrency, real estate, collectibles, etc.) – both areas rife with charlatans and scammers.

Perhaps two of the most famous of these celebrity endorsers are former President Donald Trump, who licenses his name for real estate projects and luxury goods, and one of the biggest boxers in history, George Foreman, and what became “The Foreman” grill.” Based on what I have seen and experienced, I would trust George over Donald any day.

Do they really use and benefit from the product or service?

Many endorsers claim to use the product and service (a testimonial) to personalize the pitch. It is not unusual for endorsers to receive a free supply of whatever product they endorse. Whether they benefit or continue using the product is generally unknown and may last only until the last payment is received. All are protected against consumer lawsuits by disclaimers and cut-out corporations. Others may have a stake in the offering company, although their legal liability is well protected against most individual damage claims.

Basically, unless a regulatory agency is involved, most celebrities risk only temporary damage to their reputations in return for sums that can total millions of dollars over time. And, there is no guarantee that the celebrity themselves have not been scammed by the scammers – attested to by the number of celebrities who have lost money in various scams and schemes. The risk is further minimized for older celebrities who have aged out of their sport or the general viewing audience.

There is also an entire genre of scam ads (known as click-bait) based on using a celebrity’s name or picture without their knowledge or permission. Mostly found on internet advertising.

The Academy Award-winning director accused a Lithuanian company of falsely claiming that he had endorsed CBD products. “Mr. Eastwood has no connection of any kind whatsoever to any CBD products and never gave such an interview,” the court documents said.

The judge, R. Gary Klausner of United States District Court for the Central District of California, entered a default judgment after Mediatonas UAB, the company that published a fabricated interview with Mr. Eastwood, failed to respond to a summons in March. Mr. Eastwood and Garrapata were then awarded $6 million based on the company’s unauthorized use of his name and likeness, along with about $95,000 in attorneys’ fees and a permanent injunction that blocks future use of his name and likeness. <Source>

Even if the celebrity endorsement is sincere and truthful and the products or services are authentic, there is no guarantee that the product or service will benefit you or be applicable in your current situation. Perhaps the best advice comes from the Better Business Bureau: Investigate BEFORE you invest.

It is usually a scam if it sounds too good to be true. If anyone had a scheme to consistently and easily earn “big money” with an automated system, they wouldn’t advertise – and there is no way they would offer an ordinary individual the opportunity to participate in their scheme.

If you are offered a discount for entering the endorser’s name in the ordering process, be assured there is nothing special about this discount. It is used only to track advertising effectiveness.

We are all one lapse of judgment away from being screwed.