Under Chicago’s progressive communist democrat leadership, gun violence is not only expected; it is tolerated… 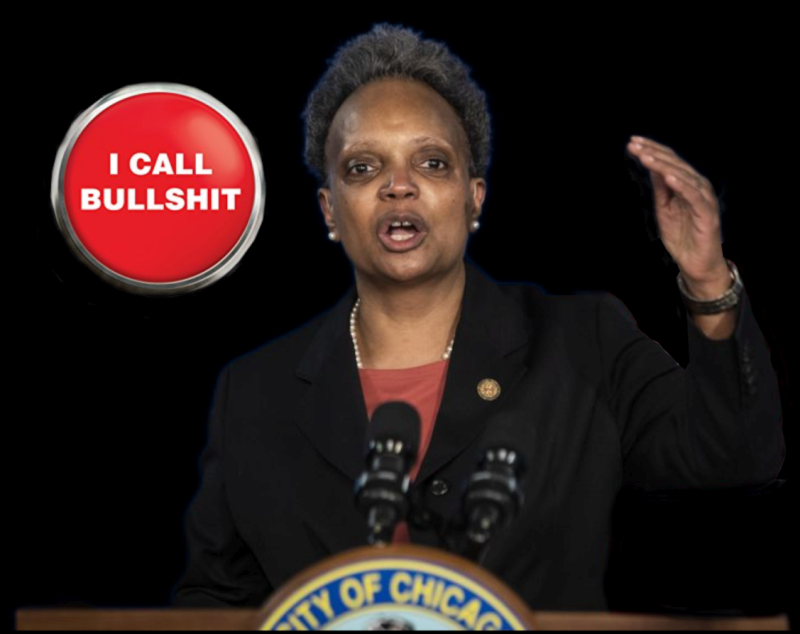 In what other jurisdiction with strict gun-control laws would you find the participants of a gang-related shooting, car theft, and gun possession returned to the streets?

The suspects are members of two warring factions of the Four Corner Hustlers street gang who allegedly shot it out Friday morning in the 1200 block of North Mason Avenue, where more than 70 shell casings were found.

Five men linked to a deadly gang-related shootout Friday in Austin were released from custody after prosecutors declined to charge each of them with a pair of felonies, including first-degree murder, the Chicago Sun-Times has learned.

The brazen mid-morning gunfight, which left one shooter dead and two of the suspects wounded, stemmed from an internal dispute between two factions of the Four Corner Hustlers street gang, according to an internal police report and a law enforcement source with knowledge of the investigation. The source said police sought to charge all five suspects with murder and aggravated battery. By Sunday morning, a Chicago police spokeswoman acknowledged the suspects had “been released without charges.”

In a statement later Sunday, Cristina Villareal, a spokeswoman for the Cook County state’s attorney’s office, explained that prosecutors had “determined that the evidence was insufficient to meet our burden of proof to approve felony charges.” Police officials agreed with the decision, Villareal added. But the report also framed the state’s attorney’s office’s decision to decline charges in a different light: “Mutual combatants was cited as the reason for the rejection.” Mutual combat is a legal term used to define a fight or struggle that two parties willingly engage in.

The gunfight, which was caught on a police POD camera, came to a halt when a police cruiser pulled up to the block, according to the report and the source. The Body Snatchers then fled in the Chargers, leaving their fatally wounded accomplice behind. During a brief chase, the 20-year-old driver crashed and he was taken into custody, according to the source and the report. An AK-47 assault rifle was found in the car, though police don’t believe it was used in the shooting. Both Chargers were likely stolen, according to the source, who said one car had a “dealer plate” and the other had no license plates at all. <Source>

Ms. Lightfoot, a Democrat, said she requested agents from the Alcohol, Tobacco, Firearms and Explosives Bureau to be deployed to the city for six months to help with gun seizures and investigations.

“The flow of illegal guns over our borders continues to be a problem,” she said during a news conference. “The federal government remains uniquely qualified to help cities like Chicago address the scourge of gun violence.”

“Our city is simply awash in illegal guns and sadly has been for years,” Ms. Lightfoot said. Police are on track to seize 12,000 illegal firearms this year, which she said up from more than 11,100 guns seized last year.

Ms. Lightfoot is also asking the city’s chief criminal court judge to place a moratorium on electronic monitoring for offenders whose lead charge is violent in nature, including murder, sex crimes, carjacking and kidnapping.

“Cook County criminal judges have led almost 2,300 offenders with these charges back onto our streets, in our neighborhoods, on our blocks,” she said. “It simply defies common sense. It’s not safe, and this practice must be stopped immediately.”

The city, she said, is in a crisis and “has reached a tipping point.” <Source>

Unbelievably, she turned down the same type of assistance when then-President Trump offered...

In the summer of 2020, with violence and chaos raging in the streets of Chicago, she arrogantly refused an offer from then-President Donald Trump for federal assistance.

“What we do not need, and what will certainly make our community less safe is secret, federal agents deployed to Chicago,” Lightfoot wrote in a letter to Trump.

She added “Please stop with the rhetoric and find the moral courage to simply support the needed actions listed above: enact common-sense gun laws, partner with our law enforcement actors through providing investigative resources, deliver on community-based resources for public safety, and invest in our neighborhoods and residents,” Lightfoot wrote.

Recall that at that time, federal law enforcement — including ATF — had been dispatched to Seattle, where the left wet its pants when the feds actually began to try and restore order. The radicals put a stop to that immediately. <Source>

Lightfoot doesn’t need the feds and the money they will save the city as they are being asked to assume the duties of the city police. She needs to enforce the laws and seek judicial reviews of all the corrupt prosecutors, attorneys, and judges in Cook County, notorious for its crooked political machine.

Enough with the lenient treatment of minorities or other criminals to reduce the minority population in jails. Mutual combat does not excuse criminal acts by either party, especially when felony murder is involved.

We are so screwed when racist progressive communist democrats like Lightfoot play politics – attempting to disarm law-abiding citizens while coddling criminals.