ARE YOU STILL SUPPORTING THE SALVATION ARMY RACISTS? 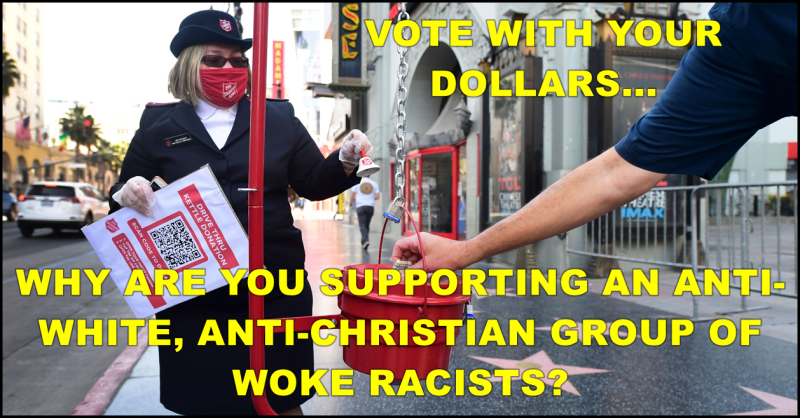 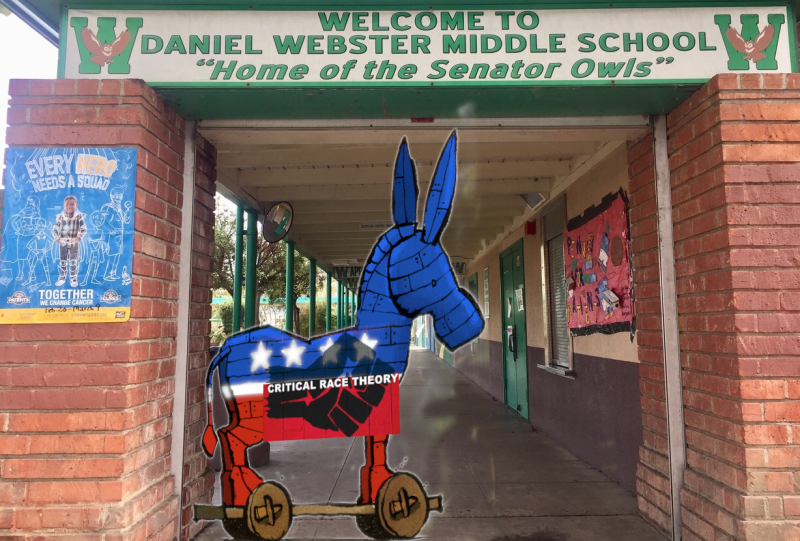 There comes a time when you read the results of an academic study, and it appears to be a Trojan Horse to introduce the toxic ideology of Marxism into the school system. As well as being a useless academic waste of time, money, and energy.

(1)  Let’s start with considering the study’s authors may have an implicit or explicit racially-motivated bias beyond the need to fulfill the academic requirements of publishing a paper.

(2)  This study appears to be an extension of critical race theory that appears in school systems under a variety of labels that are not well-recognized and therefore somewhat immune from recognition, examination, and criticism.

(3)  Like most critical theories, the starting point is often a negative one and conditioned by the Marxist viewpoint that class identity supersedes individual abilities and achievements, that all interactions between individuals of different classes are power relationships where one party is an oppressor and the other the oppressed, and that a majority of white individuals are defined as the oppressors with some degree of systemic privileges when compared to BIPOCs (Black, Indigenous, People Of Color).

(4)  It is no surprise that individuals only see racism when they are “taught” to see racism – even in situations where racism does not exist.

(5)  It appears that this study is an academic attempt to justify the further introduction of critical race theory into the school system. Much like justifying political directives by saying “follow the science.”

The Art of Social Justice: Examining Arts Programming as a Context for Critical Consciousness Development Among Youth

Critical consciousness has been linked to a range of positive outcomes, particularly among marginalized youth; yet, evidence on its developmental antecedents remains limited. The current study examines whether arts participation is associated with positive change in critical consciousness, and whether these associations differ by youth’s social group status. The sample consisted of high school youth (N = 2537; 10% Latinx, 7% Multiracial; 4% Black; 5% Asian; 72% White; 2% Other; 53% Female; Mage = 15.69; age range = 10–20). The results showed that youth with higher arts participation demonstrate higher growth in critical reflection and action, adjusting for baseline critical consciousness, other types of extracurricular participation, and demographic characteristics. The association between arts participation and critical action was significantly stronger for youth of color than for white youth, and the association between arts participation and critical reflection was marginally significantly stronger for white youth than for youth of color. These findings suggest that it is crucial to extend opportunities for arts involvement to all students, and to expand the ways in which arts involvement can promote critical consciousness for youth of varying dimensions of oppression and privilege. <Source>

From the NYU news release…

[OCS: This is pure indoctrination. Teaching BIPOC arts students to “see” racism everywhere, to recognize that they are being oppressed by systemic racism, and to create a cadre of social justice activists. And for White students, inculcate a sense of shame and a deference to BIPOC social justice warriors.]

“Youth from minoritized communities—including youth of color and sexual and gender minority (SGM) youth—systematically face injustice in their daily lives. Previous research tells us that for youth facing injustice, developing awareness and action around inequity can lead to improved wellbeing, as well as school and career success. This study shows that arts programming can be an important place where students can develop awareness and action around injustice, and that art can help more privileged youth become aware of injustice and more marginalized youth take action against injustice in their communities.”

[OCS: Yes, indoctrination and the creation of social justice warriors. Note how the authors, not so subtly, move beyond race into sex and gender?]

“This study is the first to explicitly link youth’s participation in general arts programming—such as the drama club, the school choir, etc.—to growth in critical consciousness.

[OCS: Proof positive why arts programs can serve as the gateway to communism and should not be funded, especially when they rarely lead to sustainable income generation for adults.]

It’s no secret; we are under attack…

W. Cleon Skousen, who served in the FBI for sixteen years, as Chief of Police in Salt Lake City for four years, and as a university professor for ten years, wrote The Naked Communist in 1958 to warn America of the dangers of communism. Here are a few of his “Current Goals of Communism.”

17. Get control of the schools. Use them as transmission belts for socialism and current Communist propaganda. Soften the curriculum. Get control of teachers' associations. Put the party line in textbooks.

19. Use student riots to foment public protests against programs or organizations which are under Communist attack.

22. Continue discrediting American culture by degrading all forms of artistic expression. An American Communist cell was told to "eliminate all good sculpture from parks and buildings, substitute shapeless, awkward and meaningless forms."

42. Create the impression that violence and insurrection are legitimate aspects of the American tradition; that students and special-interest groups should rise up and use "united force" to solve economic, political or social problems.

It is time to stop funding the academic institutions that are furthering the introduction, normalization, and acceptance of communism by developing and promoting toxic programs meant to subvert our nation’s youth.

Likewise, we must thwart the further creation of student pawns by the progressive communist democrat elites, mostly wealthy whites who are isolated from the consequences of their demands by birth, wealth, and position. Who are advancing the progressive politics of perpetual victimology without regard to the damage they are doing to America’s youth and America itself.

I call bullshit on studies that are little more than Trojan Horses for the communist indoctrination of our youth.