THEY MAY BE CREDENTIALED DOCTORS, BUT THEY NEED TO GO TO PRISON 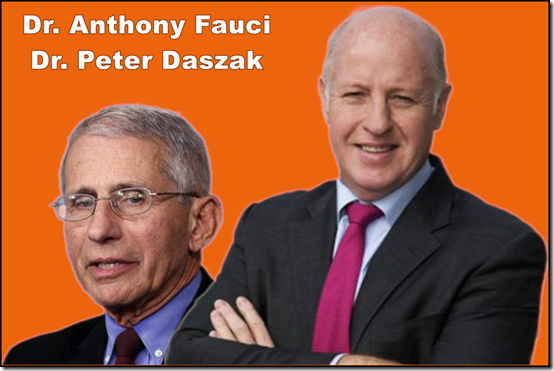 They knew and lied anyway…

In an interview with Jan Jekielek, the host of the Epoch Times’ series  "American Thought Leaders," Dr. Risch noted…

Dr. Risch: So, overall, I’d say that we’ve had a pandemic of fear, and the fear has affected almost everybody, whereas the infection has affected relatively few. It’s serious in some of those people, as we’ve seen, but by and large, it’s been a very selected pandemic, and predictable. We didn’t know at the beginning how predictable it was. At least, we laypeople, so to speak, in the pandemic didn’t know that. I’m sure that the pharma companies and countries who had experienced it slightly before us had a better picture than we did, but it was very distinguished between young versus old, healthy versus chronic disease people.

So, we quickly learned who was at risk for the pandemic and who wasn’t. However, the fear was manufactured for everybody, and that’s what characterized the whole pandemic, is that degree of fear and people’s response to the fear.

Mr. Jekielek: You’re saying it’s been manufactured. Explain this to me. How do you see this?

Dr. Risch: I think that the people who were in the nominal positions of authority initially spread a much worse picture of the dire nature of this, that everybody was at risk, everybody could die, everybody needed to find protection, everybody needed to stay in their homes and not go out, not socialize, and so on, to protect themselves, then protect society, and people were quite afraid of that message, as anybody would be, because one trusted in those times with the government, with authorities, with scientific people, with medical people in authority, the public health institutions all saying the same message starting in about February, March of last year.

So, we all kind of believed this, and therefore, all of our anxiety levels were raised, and we all made decisions to curtail, to various degrees, our exposures to other people, some more than others, but I think everybody had levels of anxiety that really affected how they carried out their life at that time.<Source>

The evidence is mounting, and it is time to hold the progressive communist Democrats accountable for their actions.

The Democrats are royally screwing us, and enough is enough.