Did anyone else notice the degree of hypocrisy displayed by the progressive communist Democrats as they attempt to exploit the horrific shooting at the Oxford High School in Oxford, Michigan?

Given that the parents of the fifteen-year-old Ethan Crumbley, James and Jennifer Crumbley, appear to be less than ideal parents, why are they being charged with manslaughter?

So I ask, again, why are James and Jennifer Crumbley being charged with manslaughter?

I smell a political cover-up and an attempt by the school district to evade their moral, legal, and financial responsibilities.

In an era of zero tolerance when a bullied 12-year-old girl in a Kansas City Middle School is handcuffed, arrested, detained, and charged with a felony charge of threatening to commit violence for making “finger guns” at other students, it seems to me that Oxford High School officials were grossly negligent in performing their duty to keep students safe, but either misfeasant (an act that is legal but improperly performed), nonfeasant (a failure to act that results in harm), or both.

I am not suggesting that school officials be charged with a crime, just that the school district acknowledges its culpability and financial responsibility.

Oakland County Prosecutor Karen McDonald on Friday laid out a timeline of chilling events in the days leading up to the shooting, from James Crumbley purchasing the 9 mm Sig Sauer SP2022 semi-automatic pistol just days before it was allegedly used in the shooting, and Jennifer Crumbley posting on social media it was a Christmas present for Ethan.

The day of the shooting, a teacher noticed a disturbing drawing Ethan had made, including "a drawing of a semiautomatic handgun pointing at the words 'the thoughts won't stop help me,'" and a drawing of a bullet with "blood everywhere" written above it, McDonald said.

Then, when called in to the school's office and ordered to get counseling for their son, the couple did not try to determine the whereabouts of the gun, or whether their son had it with him that day, the prosecutor said. The parents "resisted" taking Ethan from school that day, and he returned to class. <Source>

Explaining her decision to charge the parents, McDonald said teachers noticed the suspect researching ammunition on his phone in class. School officials then contacted the parents, who didn’t respond. However, McDonald said Jennifer Crumbley wrote in a text to her son, “lol, I’m not mad at you, you have to learn not to get caught.” <Source>

Therein lies the issue. Why did the school not immediately notify the police and proceed as if this was a credible threat – a threat more well-articulated than mere words or gestures?

Ethan Crumbley is being charged as an adult with four counts of first-degree murder, one count of terrorism causing death, seven counts of assault with intent to murder, and 12 counts of possession of a firearm in the commission of a felony. It appears that the specious terrorism charge is probably for the media and is somewhat inappropriate as Ethan Crumbley does not appear to be making a political point as far as we know.

Ethan’s parents, James and Jennifer Crumbley,  are being charged with four counts of homicide – involuntary manslaughter, a felony.

From the charging document…

Each of the four counts is similar.  …did cause the death of [deceased student’s name] by, committing the following act or acts in a grossly negligent manner, to wit: storing his or her firearm and its ammunition so as to allow access to the fi rearm and ammunition by his or her minor child or the grossly negligent failure to perform the following legal duty, to wit: failure to exercise reasonable care to control his or her minor child so as to prevent him from intentionally harming others or from so conducting himself so as to create an unreasonable risk of bodily harm to others knowing that he or she has the ability to control his or her child and knowing of the necessity and opportunity to do so; contrary to MCL 750.321 . [750.321-C].

HOMICIDE- MANSLAUGHTER- INVOLUNTARY
FELONY: 15 Years and/or $7,500.00. DNA to be taken upon arrest.
NOTICE: This incident resulted in death, personal injury, and property damage.

As we see in several cases now being cycled and recycled through the progressive media megaphone, it appears that the progressive communist democrats and their mainstream media propagandists are trying to distract the nation from the rapid decline of our economy and culture under the demonstrably corrupt Biden Administration as the 2022 mid-term election cycle nears.

At the very least, the school district and its representatives are the proximate and contributory cause of this tragedy.

In the absence of a  child access prevention law that demands guns be safely and securely stored, the parents are not culpable for their son's criminal activities. As for the flight charges against the parents who may have been credibly afraid for their lives, this appears to be a part of the official charade, cover-up, and distraction.

We are so screwed when politicians and public officials attempt to politicize criminal activities to advance their own agenda.

The World Health Organization (WHO) has classified and released a list of “Variants of Concern” and has asked the U.S. PCDC to actively monitor and prepare for these variants, and we will continue to work diligently with other U.S. and global public health and industry partners to learn more. Despite the detection of Omicron, Delta remains the predominant strain in the United States. 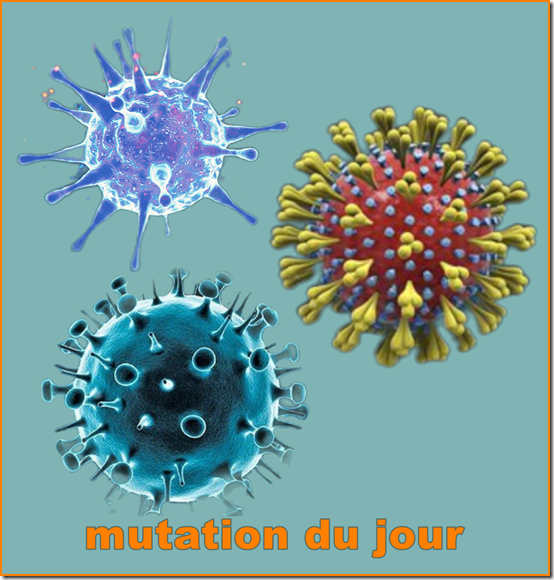 Vaccinate yourself against Fake Facts.