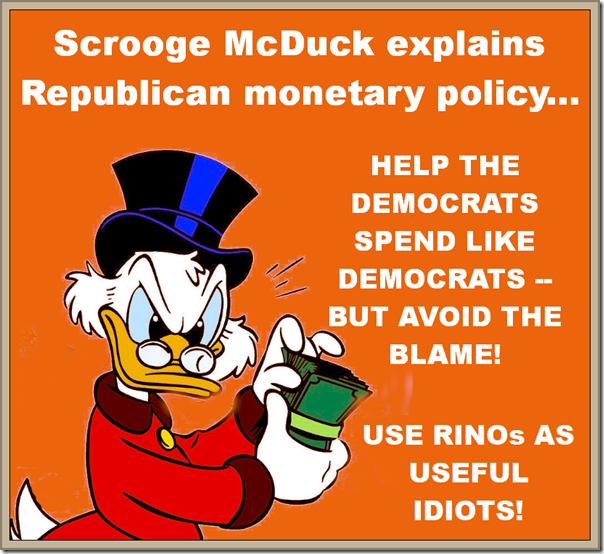 Once again, on December 15, 2021, the artificial deadline for raising the debt limit is fast approaching. House Speaker Nancy Pelosi (D-CA) and Senate Majority Leader Chuck Schumer (D-NY) are being whipped into a frenzy because the House and Senate appear to be in play during the 2022 mid-term election cycle and a power shift is both likely and imminent. If history guides GOP monetary policy, House Minority Leader Kevin McCarthy (D-CA) and Senate Minority Leader Mitch McConnell (R-KY) will cave – after feigning a fight in the democrat-controlled media.

The only real question is, can the GOP sacrifice enough retiring or safe-district GOP members – especially those who are already hated RINO (Republican In Name Only) aisle-hoppers – to allow a Democrat victory?

Why raise the debt limit?

(1)  All current spending has already been covered, and raising the debt limit only enables future spending.

(2)  Most budgetary increases are formulaic and unnecessary.

(3)  There is enough pork, waste, fraud, and abuse to provide additional funds for emergency purposes. Witness the fraud in the unemployment system.

Preventable foreign-fraud schemes netted $175 billion, much of it going to governments

As the coronavirus pandemic raged, Uncle Sam was doing more than putting money in unemployed Americans’ pockets — the federal government was also shipping tens of billions of dollars overseas to fraudsters working with the country’s most prominent adversaries, such as China and Russia.

Most of that ill-gotten money — $175 billion of it — went to overseas actors. And most of that, perhaps $140 billion, went to organizations that are state-sponsored. <Source>

(4)  Time is running out for a Democrat House majority, and the progressive communist democrats need an increase in the debt limit to move their toxic communist agenda to destroy our nation forward.

(5)  While individual Republicans want more district-level pork-barrel spending to enhance their re-election campaigns for 2022, it is unnecessary given the current and growing dissatisfaction level with the progressive communist democrats.

We are screwed if we do not hold the GOP responsible, collectively and individually, for its actions.

Donating cash and merchandise was a Christmas tradition until the Salvation Army broke the faith and peddled Critical Race Theory, which proclaims I am a racist, conditioned by systemic racism and acting out of ignorance… 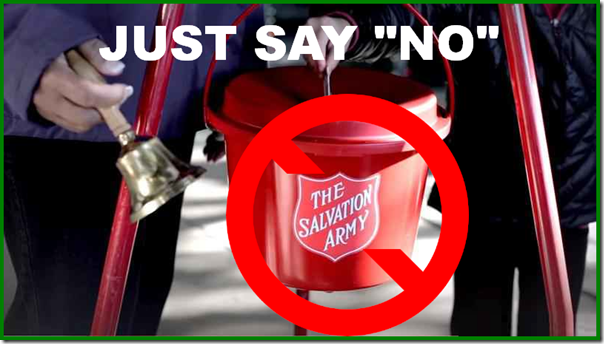 Despite their forced apology, or should I say non-apology, there is no way I can consider the organization to be anything less than a moral cesspool tainted by un-American Marxist claptrap, which seeks to divide rather than unite. 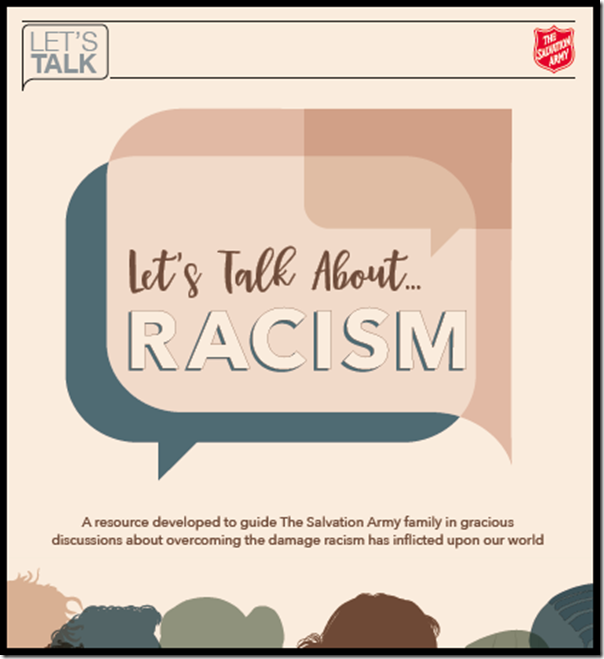 DEFINITION
The prejudiced treatment, stereotyping or discrimination of POC on the basis of race. Racism also refers to the system of social advantage and disadvantage or privilege and oppression that is based on race.8 Racism is a marriage of racist policies and racist ideas that produces and normalizes racial inequities.

[OCS: This is textbook Marxist rhetoric. You notice that they fail to note that racism is the outcome of identity or class politics where superficial characteristics are exploited to gain political power. And, inherent in the definition, we find one-way racism, that of white people discriminating against people of color (POC) as if virulent POC racism and animosity toward whites doesn’t exist.]

WHAT DO WE HOPE TO ACHIEVE?

The desire is that Salvationists achieve the following:

This document is filled with the type of un-American Marxist rhetoric found in books written by progressive communist democrat race-hustlers like Ibram X. Kendi and Ta-Nehisi Coates, whose screeds appear in the recommended reading. If you wish to read “Let’s Talk About Racism,” it can be found here.

On Thursday, The Salvation Army back-peddled on a recently issued internal guide that urged staff members to “stop denying the existence of individual and systemic/institutional racism” after receiving heavy criticism for the material that pushed ideas congruent with critical race theory.

The organization known for its bell ringers collecting donations in red kettles outside of storefronts during the Christmas season issued a statement to combat what they called “false claims” about the organization’s beliefs and defended their “Let’s Talk About Racism” guide by asserting that they had “done their best to provide accurate information.” In the same breath, they withdrew the guide for “appropriate review.” <Source>

[OCS: It can get any worse than using racism to divide America for the purpose of gaining and maintaining political power.]

I, and my ancestors, have never owned slaves, and I refuse to apologize for accepting real-world reality and attempting to live a legal and moral life. I owe nothing to nobody as they owe nothing to me. I do not regard people of color as individuals that need special privileges, nor do I attempt to infantilize them in n effort to control their susceptibility to life’s risks faced by all humans.

Human nature abhors a vacuum and will always allow for a disparity between the strong and the weak, smart and the less smart, wealthy and the poor, the leaders and the followers, the producers and the consumers, ad infinitum. To deny this is to live in the land of self-licking lollipops and unicorns with rainbow farts.

How stupid is the leadership of the Salvation Army if they can’t see the Marxist promotion of division and their hatred of religion – especially Christianity?

If you support critical race theory, you support racism, communism, genocide, and atheism over faith, morality, and decency.

I will no longer donate money or merchandise to the Salvation Army.