NEW YORK TIMES: EATING THEIR OWN TO REGAIN A SHRED OF CREDIBIITY 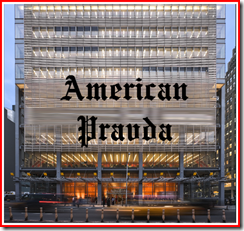 It appears that the progressive communist democrat’s and their favorite propaganda mill, the New York Times, are trying desperately to regain some semblance of credibility. Credibility they lost over the years by minimizing the Holocaust or serving as Stalin’s propaganda distributor during the ethnic cleansing in Ukraine. Or, more currently, after promoting that various, demonstrably false, hoaxes surrounding former President Donald Trump. The Times went so far as to resemble Pravda, the State-owned propaganda outlet in the Soviet Union.

New York Times points out the massive hypocrisy of the progressive communist democrats when they control blue states like California, Washington, Chicago…

“It’s easy to blame the other side. And for many Democrats, it’s obvious that Republicans are thwarting progress toward a more equal society. But what happens when Republicans aren’t standing in the way? In many states — including California, New York and Illinois — Democrats control all the levers of power. They run the government. They write the laws. And as we explore in the video above, they often aren’t living up to their values. In key respects, many blue states are actually doing worse than red states. It is in the blue states where affordable housing is often hardest to find, there are some of the most acute disparities in education funding and economic inequality is increasing most quickly. Instead of asking, “What’s the matter with Kansas?” Democrats need to spend more time pondering, ‘What’s the matter with California?’” <Source>

No matter how much the Times attack the radical progressive communist democrat hypocrisy and public policies, people cannot easily ignore decades of censoring or canceling unflattering progressive behavior or flat-out lying about the conservative agenda. They can no longer demand people disbelieve what they hear, see, feel, touch. and experience under the progressive communist reign -- much like being unable to unsee the radical communist Congresswoman, Alexandria Ocasio-Cortez, at the elite 2021 $35,000/ticket Met Gala dressed in a designer gown saying “Tax the Rich.” 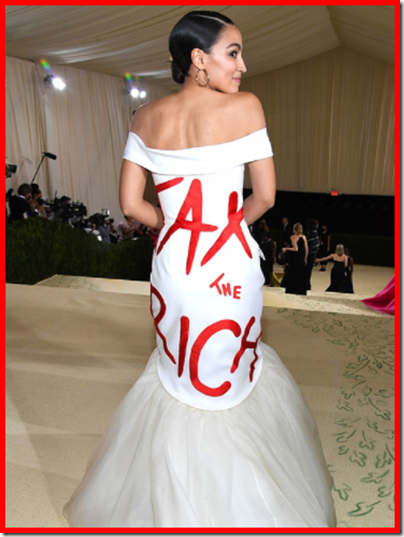 Some things are unforgivable like destroying an individual’s inalienable rights; the U.S. Constitution, our nation, military, economy, and the exceptional American culture -- all are at the top of the list.

Truth be told, our government is complicit in helping to create the Chinese Communist Virus and the global pandemic, yet the same people are still in charge. It is time for a regime change, starting with the House and Senate in 2022 – primarying any Republican who has sold out the American people by jumping the aisle to advance the progressive communist agenda.