KYLE RITTENHOUSE: ABOUT THOSE DEFENSE BENJAMINS? 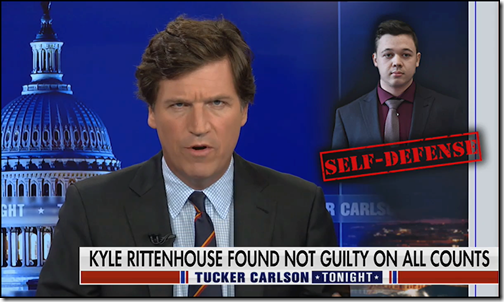 While I support our inalienable rights to self-defense, justice, our Constitution, and fairness, I find that there is something unseemly about the backroom machinations regarding the defense of Kyle Rittenhouse.

Kyle Rittenhouse was interviewed by Fox News’ Tucker Carlson, his first media appearance since he was found not guilty of all five charges against him in his murder trial. In a clip from that interview released by Fox News, Rittenhouse insisted that his actions “had nothing to do with race,” and expressed support for the Black Lives Matter movement and peaceful demonstrations. <Source>

(2)  It appears that the Rittenhouse defense team had an embedded Fox News film crew, “driven in part by the effort to crowdfund Rittenhouse’s legal defense.”

Speaking to CNN’s Chris Cuomo after the verdicts were rendered, Rittenhouse attorney Mark Richards noted, “I did not approve of that,” replied Richards. “I threw them out of the room several times. They were — and I’m not suggesting that Fox or some other network — I don’t think a film crew is appropriate for something like this. But the people who were raising the money to pay for the experts and to pay for the attorneys were trying to raise money. And that was part of it. So, I think–I don’t want to say an evil, but a definite distraction was part of it. And I didn’t approve of it, but I’m not always the boss.” <Source>

While most journalistic media organizations claim that they do not pay for interviews, it is a little-known fact that they license production materials like photos and other material” as a means of funds transfer.

(3)  It appears that the slimy L. Lin Woods was involved with the initial defense effort and may have used Rittenhouse to boost Woods’ notoriety, fundraising efforts, and other causes.

The right-wing lawyer and conspiracy theorist Lin Wood is seeking to take back $2 million his foundation raised from donors to post bail for Kyle Rittenhouse, the teenager accused of shooting three people at Black Lives Matter protests in Kenosha, Wisconsin, court documents show.

A September 17 letter said the funds to free Rittenhouse on bail had been provided by Wood's #FightBack Foundation, and therefore must eventually be returned to the foundation.

The letter was signed by a lawyer, Xavier Solis, who said he was working on behalf of #FightBack. Wood and another conservative attorney, John Pierce, launched the foundation last year to support Rittenhouse, though the organization later pivoted to funding efforts to overturn the 2020 presidential election.

"The Rittenhouse bail was paid by #FightBack Foundation, a 501(c)(4) non-profit, from donations it received," Wood told Insider Thursday in an email. "Under law, the bail monies must be returned to #FightBack."

Rittenhouse and his family have since cut ties with Wood, Pierce, and #FightBack, and said they never received a full accounting of all the money that was raised in Rittenhouse's name. <Source>

Following the egregious and erroneous portrayal of Nick “The Covington Kid” Sandmann in the media, Sandman filed multi-million dollar defamation lawsuits against media organizations. Although a non-disclosure agreement covers the exact settlement amounts, several prominent media organizations such as CNN, The Washington Post, and others reached agreements with Sandmann’s legal team. The resolution of other cases involving NBC News, ABC News, CBS News, Rolling Stone, Gannett, and the New York Times are unknown.

I wish Kyle Rittenhouse protection against manipulation by nefarious individuals monetizing his notoriety for their financial interests or to advance their partisan political agenda. Essentially turning Rittenhouse into a repugnant, loathsome slimy character like David Hogg, one of the many survivors of the Marjory Stoneman Douglas High School shooting who turned into a monetized gun control advocate.

There is no doubt that Kyle Rittenhouse suffered a life-altering traumatic experience that need not have happened except for the political ambitions of a progressive communist democrat prosecutor and an overtly hostile media. I hope that he finds some measure of peace and doesn’t become a media Hogg.

The real danger comes from the progressive communist democrats and their media propagandists who continue to distort and racialize the Kyle Rittenhouse self-defense shooting – including lying about the proven details of the case.

To see how disgusting the progressive communist democrats are, you may wish to watch Tucker Carlson’s post-verdict program. (Not to be confused with the upcoming interview presentation.)

We are so screwed when our politicians and media openly and knowingly lie to our faces. This is not by accident or caused by incompetence -- it is an attack on American and American citizens on behalf of our enemies, both foreign and domestic. 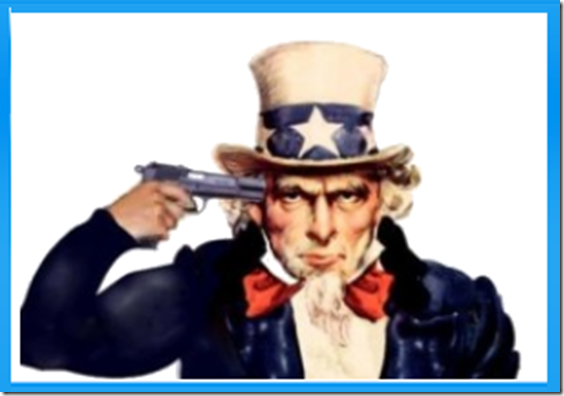 There is no doubt in my mind that many U.S. elected officials, bureaucrats, and special interests in the corporate world are inextricably linked to Communist China.

From President Joe Biden and his corrupt family dealings with China, Senate Minority Leader Mitch McConnell, whose family fortunes are linked to Communist China’s shipping industry, to the tech corporations that control the censorship of our media and pander to Chinese demands, we are being significantly influenced by Communist China propaganda and economic threats.

So why am I not surprised that the Communist China government is inviting America to commit suicide by implementing the kill shot of the progressive communist democrats, which is deceptively titled “Build Back Better?” A package of economy-killing programs designed to fundamentally transform America into a socialist disaster where everybody but the elites are equally miserable.

CGTN - China state-affiliated media: China’s Ambassador Qin Gang welcomes the U.S. to take part in the Belt and Road Initiative (BRI) and “find its complementarity with Build Back Better World.”

What is China’s Belt and Road Initiative(BRI)

The BRI is an ambitious plan to develop two new trade routes connecting China with the rest of the world. But the initiative is about far more than infrastructure.

It is an effort to develop an expanded, interdependent market for China, grow China’s economic and political power, and create the right conditions for China to build a high technology economy.

Why create the Belt and Road?

There are three main motivations for the BRI. The first, and most discussed internationally, is China’s rivalry with the US. The vast majority of Chinese international trade passes by sea through the Malacca strait off the coast of Singapore which is a major US ally. The initiative is integral to China’s efforts to create its own more secure trade routes.

There is no doubt that China’s intention is also to make participating nations interdependent with the Chinese economy, and thereby build economic and political influence for China.

In that respect it has similarities with the Marshall Plan that followed the Second World War – but with the essential difference that China dispenses funding to other nations based purely on shared economic interests.

The second key reason for the initiative is the legacy of the 2008 financial crisis. China’s government responded to the emergency with a ¥4tn stimulus package, issuing contracts to build railways, bridges, and airports, but saturated the Chinese market in the process. The Belt and Road framework provides an alternative market for China’s vast state-owned companies beyond the borders of China.

Finally, the Belt and Road is seen as a crucial element in the Chinese government’s efforts to stimulate economies of the country’s central provinces, which historically lag behind richer coastal areas. The government uses the Belt and Road to encourage and support businesses in these central regions, allocating budget generously, and encouraging businesses to compete for Belt and Road contracts.

‘Debt trap diplomacy’ is the accusation that China uses Belt and Road as part of a manipulative global strategy, funding major infrastructure projects in developing nations with unsustainable loans, then using the debt to gain leverage over those governments. <Source>

It’s all bafflegab and bullpucky…

How many people remember the heavily-touted November 15, 2021, “virtual summit” where President Biden spoke over a Zoom video link for three and a half hours with Communist Chinese dictator Xi Jinping? A joke on the American people where nothing substantive happened. According to the released readout, the only thing Xi gave Biden was a promise to make a promise sometime in the future— the promise of a possible conversation that will most likely never happen. It had to be a virtual conference, probably with apparatchiks furiously typing messages on Biden’s teleprompter to compensate for the inability of a cognitively impaired President Biden to carry on a coherent conversation for more than a few minutes.

The sad fact is that the Chinese Communists continue to eat our lunch, steal our technology, and further infiltrate American government agencies, institutions, infrastructure, and corporations with the assistance of quislings, enemy collaborators, who are selling out their nation in return for the proverbial thirty pieces of silver. Or, in the case of Representative Eric Swalwell (D-CA), a few moments of pleasure with Fang-Fang, a Communist Chinese spy.

Say what you want about President Trump’s erratic behavior and mean tweets – he is an American, puts America first, and takes no crap from the Chinese or others that impact American interests.