JEFFREY "JACK-OFF" TOOBIN PLAYS THE "I WONDER ABOUT RACE GAME" 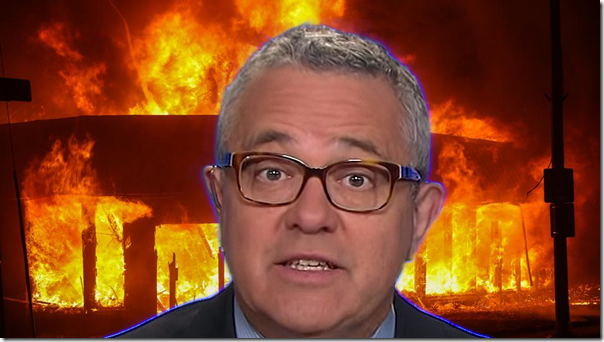 (1)  That would make him a member of Black Lives Matter and above the law, so there would be no charges as “nobody saw nuthin’,” and you can’t believe that lying video.

(2)   Nobody in the media would ask why a convicted felon was carrying a gun.

(3)   Nobody in the media would use the term riot or take particular note of the wanton destruction of Kenosha, Wisconsin.

(4)   Nobody in the media would question or condemn the “mostly peaceful protesters.”

(5)   Nobody in the media would wonder where the police are and why they allow their city to burn.

Note: One of my sharp-eyed readers (h/t TB) also observed, "A point I think you missed in your blog today is that Toobin said 'illegal assault weapon'. It isn't illegal or an assault weapon."

We are so screwed when this schmuck cannot see a clear case of self-defense in the Rittenhouse trial and must play the race card.