WHY DID 13 REPUBLICANS SAVE THE $1.2 TRILLION BIDEN -- PELOSI SPENDING BILL? 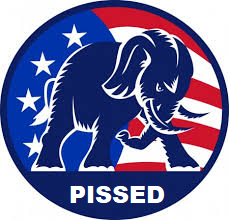 H. R. 3684, the “Infrastructure Investment and Jobs Act,” was approved 228-206 with 13 Republicans joining 215 Democrats, now sending it to President Biden, who will be told to sign it or not get his afternoon ice cream cone.

Thirteen squishy, self-serving RINOs (Republicans In Name Only) squandered a legislative gift from six of Congress’s most radical communist representatives. The latter voted against the Biden/Pelosi $1.2 TRILLION “Build Back Better” “infrastructure” spending bill in defiance of a more moderate Democrat proposal. A bill that nobody in Congress read and understands as the bill’s last-minute provisions were constantly changing.

The thirteen Republicans who betrayed the nation, their constituents, and their party…

How to speak politician out of both sides of your mouth…

There is little doubt in my mind that the 11 representatives seeking reelection should be primaried for their grievous defection and the damage inflicted on ALL Americans. Moreover, Representative Kevin McCarthy (R-CA) must be stripped of his leadership position as he cannot deliver reliable results on what should be party-line votes. Meanwhile, the unfaithful representatives should be removed from their committee assignments and relocated to small offices in the basement.

“We the People” are fast learning that voting Republican is not enough to protect our Constitution, our Country, and our way of life. We must consider the methods of the progressive communist democrats and engage in direct action to show our political leadership that we outnumber the opposition and will not stand for their constant abuse.