DID YOUNGKIN WIN IN VIRGINIA?

Elias is infamous for using outlandish and racist legal arguments to contest GOP election victories and change election laws to benefit Democrats. It shouldn’t surprise anyone that Terry McAuliffe, the Democratic candidate for Virginia governor and once the top fundraiser for the Clintons, would turn in desperation to Hillary Clinton’s campaign lawyer to possibly contest next Tuesday’s election. Marc Elias is the legal mastermind most responsible for the left-wing push to subvert our democracy, overturn elections, and destroy election integrity.  <Source> 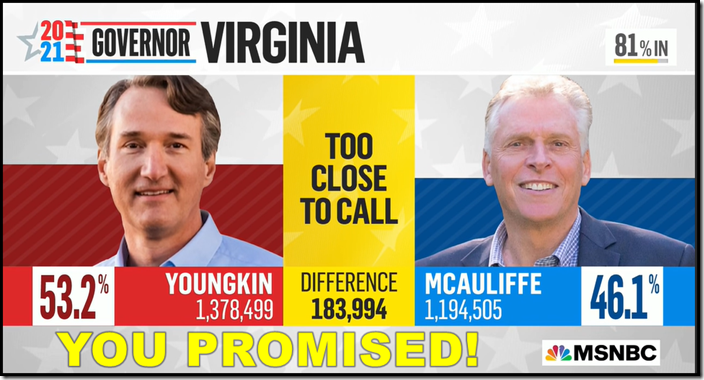 McAuliffe addressed his supporters at his post-election party and thanked his family, campaign staff, and volunteers before saying, "let's count all these votes." "We've still got a lot of votes to count because every single Virginian deserves to have their vote counted." 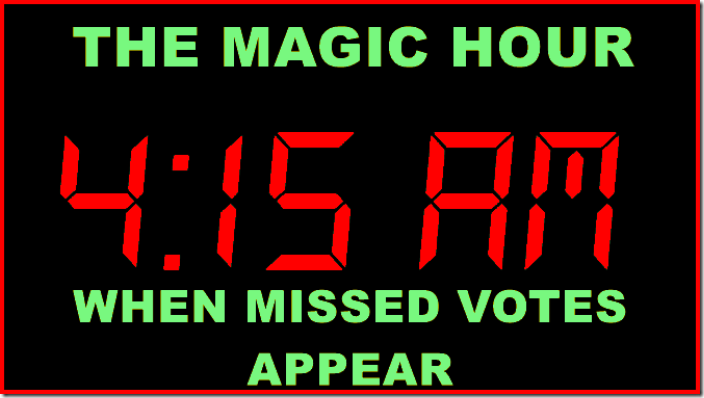 Remember, it is unlikely that ALL votes will be tallied before Friday.

When will Terry McAuliffe concede? Maybe we should ask Hillary Clinton who pulls McAuliffe's strings? 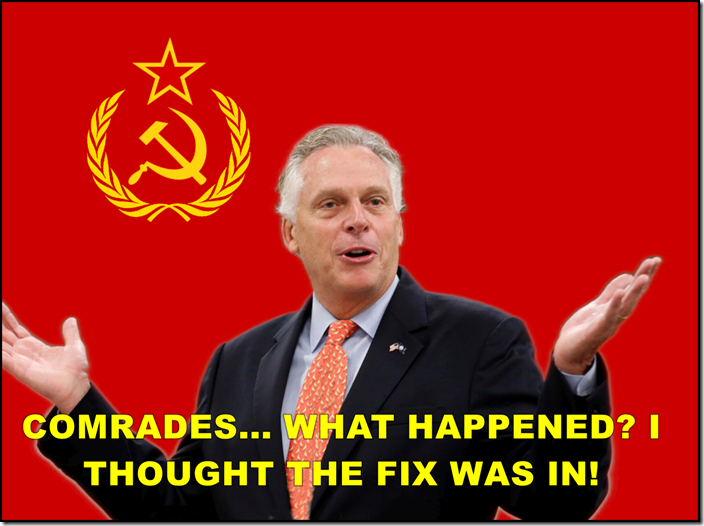 Don't forget Virginia is a primarily Democrat state, populated with many government workers, and McAuliffe was supposed to win by at least an 8-point margin. His Republican challenger, Glenn Youngkin, was a virtual unknown with a primarily self-funded campaign. Against McAuliffe's near 100% name recognition, $50 million in Democrat funding, and almost total mainstream media support. The race will be close; hence the election attorneys are lounging in the backroom.

I was hoping for a FINAL Youngkin victory and a repudiation of progressive communist democrat ideology.