It is hard to imagine any Secretary of State more feckless and incompetent than John Kerry. Yet, here we have Secretary of State Antony Blinken actively surpassing Kerry in the sheer idiocy of his actions. Like Kerry, Blinken has a significant association with France – perhaps why he is more comfortable being a cheese-eating surrender monkey than an exceptional American. There is no doubt Blinken is a hyper-partisan progressive democrat and has deep and dodgy connections with the deep state swamp.

Curiously, Blinken, a Jew, intends to open a Palestinian Consulate in Jerusalem over the objects of Israel’s government. One wonders what the purpose of such a State Department outpost might be other than to provide financial support and aid and comfort to terrorists who see nothing morally objectionable of sending thousands of unguided rockets haphazardly into Israel’s civilian population.

Let us not forget that presidents preceding former President Trump only paid “lip service” – ironically one of “ABlinken’s” tunes on YouTube – to moving the U.S. Embassy to Jerusalem, the capital of Israel. Trump was warned by Kerry that this would spark a war in the Middle East and that peace agreements were not possible until Israel reached a settlement with the Palestinians – both majorly wrong.

Opening a separate consulate is not only duplicative of the Embassy’s department that provides services to Palestinians but requires Israel’s permission to locate any diplomatic mission within its territory.

Perhaps as a sop to the anti-Semitic progressive communist democrats like Alexandria Ocasio-Cortez of New York, Ilhan Omar of Minnesota, Ayanna Pressley of Massachusetts, and Rashida Tlaib of Michigan, a Palestinian-American, the Biden Administration promises to defy Israel with Blinken leading the initiative.

Let us also not forget that former President Obama, an anti-Semite, used taxpayer funds to interfere with Israeli politics, notably the defeat of Benjamin Netanyahu, one of Israel’s most accomplished, most dedicated, and strongest defenders. Since Biden appears to be Non compos mentis, not of a sound mind, it seems that the political activities are being run by Obamacons like Susan Rice and other anti-Semites in the Department of State. The purpose of such a move is to cast shade on Trump’s magnificent political achievement without totally enraging those who favored the relocation of our Embassy to Jerusalem. The long-term goal is to reverse America’s bipartisan recognition of Jerusalem as the undivided capital of Israel.

Blinken was quoted as saying, “We’ll be moving forward with the process of opening a consulate as part of deepening of those ties with the Palestinians.”

Formalizing opposition to Biden and Blinken with legislation…

GOP Senators Bill Cassidy (R-LA) and Bill Hagerty (R-TN) today led 35 Republican senators to introduce the “Upholding the 1995 Jerusalem Embassy Law Act of 2021,” a bill to protect the full and faithful implementation of the Jerusalem Embassy Act of 1995 and block the Biden Administration’s efforts to subvert the law.

“The Jewish State of Israel is one of our greatest allies. The Biden administration must not threaten this relationship with a plan that is in clear conflict with U.S. law, which states Jerusalem should not be divided,” said Dr. Cassidy.

“President Biden continues to push forward his inflammatory plan to establish a second mission in Israel’s capital city of Jerusalem—one for the Israelis and a second one for the Palestinians—despite the fact that this plan violates the Jerusalem Embassy Act of 1995 and is completely opposed by the Government of Israel,” said Senator Hagerty. “It is regrettable that the Biden Administration insists on making moves that divide the United States and Israel when our two nations should be laser-focused on stopping Iran’s terror-sponsoring regime from going nuclear, on countering growing threats from Hizballah, Hamas, and other Iran-backed terrorist groups, and on strengthening and expanding the historic Abraham Accords that truly have increased peace in the Middle East. The Trump Administration kept its promise to move the U.S. Embassy to Jerusalem, the eternal and indivisible capital of the Jewish State, and Congress must do everything in our power to strengthen our posture.” <Source>

After Blinken’s State Department botched the military’s withdrawal from Afghanistan – leaving Americans behind enemy lines to be hunted, captured, tortured, ransomed, or killed – he should have been forced to resign or be impeached. That Blinken, a Jew, would serve the interests of the anti-Semites in Congress and the Biden Administration is unconscionable. 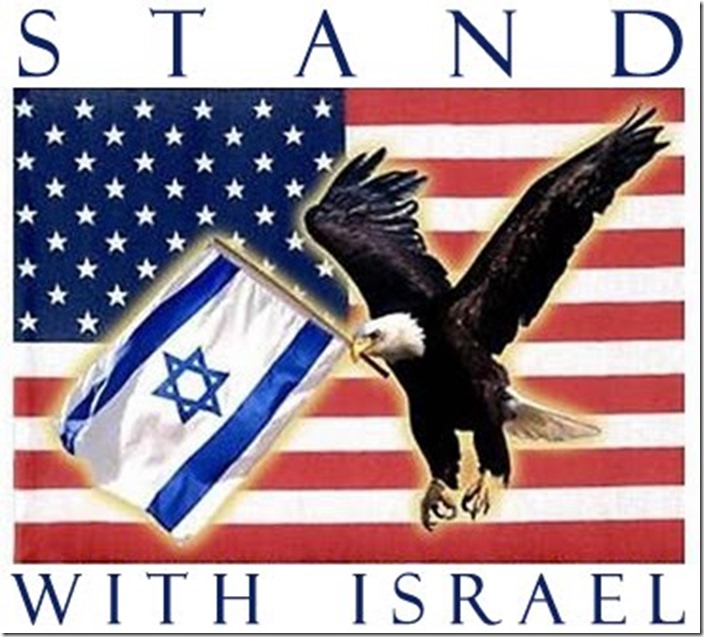 I stand with Israel.