DID TRUMP SUGGEST THE UNTHINKABLE: WITHHOLDING YOUR VOTE?

The GOP shoots itself in the foot…

There is little or no doubt in my mind that crazymaking election conspiracy mongers like attorneys Sidney Powell and  L. Lin Wood did significant electoral damage to the GOP in Georgia by telling GOP conservatives and others to withhold their votes. As a consequence of this and other actions, the GOP lost two critical Senate races they should have won – and a majority in the United States Senate.

Is history repeating itself, this time with former President Trump himself calling for a voter boycott that will seriously damage marginal GOP races? 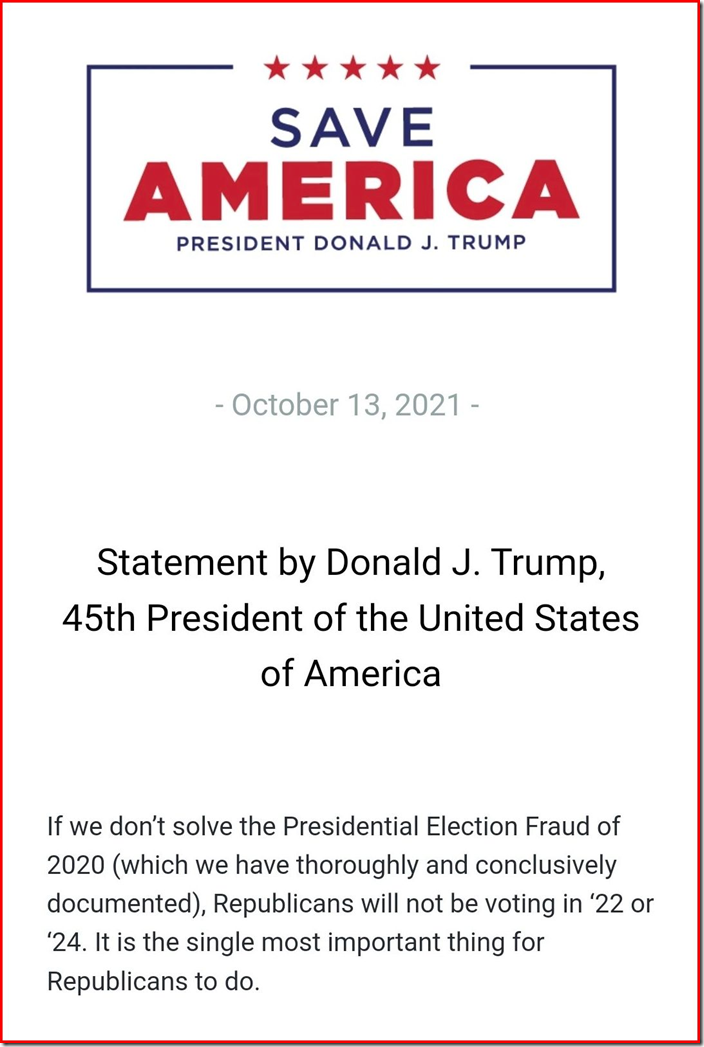 What did Trump mean when he announced, “Republicans will not be voting in ’22 or ’24?” Is this a suggestion that if the 2020 election discrepancies are not resolved to his satisfaction, he will urge a GOP election boycott? We are used to inartful-worded tweets, but now is not the time for ambiguity.

Your vote is one of the most precious rights of citizenship – the backbone of governance with the consent of the governed. Whether we win or lose, you must vote. It is your duty as a citizen and critical to preserving our Constitution, our exceptional country, and our American heritage.

Let no one – even the former President of the United States – tell you to withhold your vote in protest or a show of solidarity to a party or a former president.

Be aware of gifters, democrats in disguise, and disrupters.