With all of the stories about the failure of our premier intelligence agencies to detect, assess, and monitor Russian and Chinese hypersonic delivery vehicles that are said to be nuclear-capable…

What was House Intelligence Committee Chair Adam Schiff doing about these grave threats as his committee engages in the oversight of our nation’s intelligence activities? It appears he was concentrating on the Trump pee-pee hoax and creating grounds to impeach President Trump using the non-evidence of a phony “whistleblower” with which he and his staff apparently colluded.

Democrat treason is what they are covering up…

Not only did the intelligence agencies know about the “hypersonic missile technology,” they knew that the technology might have been transferred from the United States through the efforts of a corrupt Bill and Hillary Clinton.

Do we have the technology? Yes, but do we have the political will to develop these weapons and expand our nuclear capabilities?

Consider the super-secret XB-37 mini-space shuttle, which has a robotic arm, capacious cargo bay and can stay in low-Earth orbit for up to two years or more.

Our current defensive systems cannot handle North Korea's steerable MIRVs, and our intercept capability can be easily overwhelmed and confused by multiple dummy missile launches without warheads. Even a successful intercept might result in an EMP pulse that destroys a wide path of electrical infrastructure and returns us to the beginning of the industrial revolution.

We need to beef up our nuclear arsenal and return to the precepts of the Strategic Air Command where "Peace is Our Profession" and mistakes are not a forgivable option.

Why are the progressive communist democrats attempting to revive the Trump/Russia hoax? Kicked off with an interview of Christopher Steele, a paid dishonest Democrat operative/ foreign spy by Clinton operative George Stephanopoulos.  Could it be that they need to get in front of the Durham report? The disclosure that the Clintons have engaged in espionage for profit.

There is a reason why the Democrats needed to subvert our premier intelligence and law enforcement agencies – avoiding charges of treason!

Once again, the progressive communist democrats who govern the County of Los Angeles fail to prioritize attention and resources towards significant public safety issues, the homeless, the mentally ill, and the decaying, crumbling infrastructure in desperate need of repair, replacement, or build-out—diverting time, effort, and funding towards “arts” programs which often serve as vehicles for Marxist community organizing and indoctrination efforts.

The name changes, the grift stays the same… 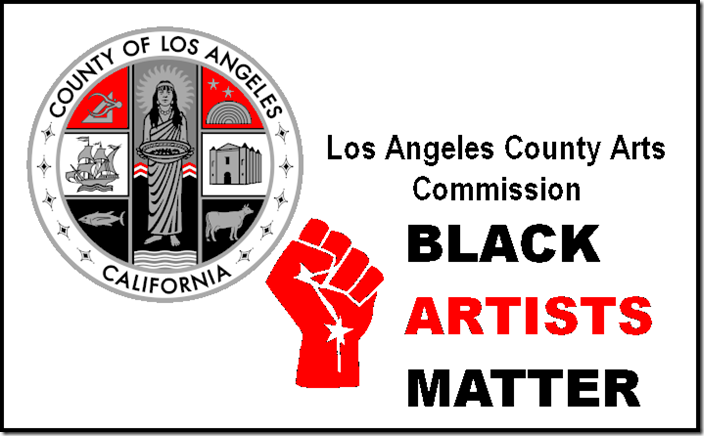 So, it should come as no surprise that a racist who sees everything through the prism of race, Los Angeles County Supervisor Holly J. Mitchell, has appointed a domestic terrorist, racist, anti-white, anti-America, anti-Semitic communist, Black Lives Matter co-founder Patrisse Cullors, as a commissioner with the Los Angeles County Arts Commission.

According to a Mitchell press release:

“Art is a powerful tool in helping to connect, envision and create a better world. Patrisse has demonstrated her understanding of this and has experience using various mediums of art and community engagement to inspire and create change. Patrisse shares my commitment to equity and justice and will use her creativity to make arts and culture more accessible for residents throughout the Second District.”

“I am invested and committed to weaving community solidarity in the Second District, and more broadly in Los Angeles County, through art and culture,” said Patrisse Cullors. “We can create meaningful change by investing in our imaginations and collective skills, give dollars towards beautifying our communities with art that is for us and by us, and continue to educate and amplify what justice can look at if we first invest in ourselves. All of these areas of work are areas that the Department of Arts and Culture is also committed to, and I am very excited to join this collaboration as an Arts Commissioner.”

The Second District has a rich history of combining art and advocacy with communities spanning from Leimert Park, Compton to Koreatown that are home to artists and cultural movements that have a global influence. There are over 107 arts organizations that primarily serve Second District residents and are using a wide range of artistic mediums to address key social justice challenges that include: anti-recidivism, healing trauma, and dismantling systemic racism.

To which Cullors responded,

“I truly believe Black creatives are the backbone of our society and community.  We are often under represented and under resourced. But I plan on advocating for the full support of Black creatives across my beautiful-ass city! I’m thrilled to continue to weave my roles as artist and organizer, where I can continue to support Black creatives. I have a ton of to-do’s on my list. I won’t share them now. Just stay put and watch as they unfold."

It sounds like using art as a rationale for creating and distributing Marxist propaganda to minority voter segments necessary for the progressive communist democrat coalitions that are needed for the Democrats to remain in power and to advance their communist agenda.

What happened to the millions of dollars donated to Black Lives Matter, an openly communist organizing effort header by queer black racists who hate America, by the media moguls and tech tyrants?

According to the Associated Press, “Black Lives Matter Global Network brought in $90 million in donations last year, but the group says that it had paid Cullors only $120,000 since the organization’s inception in 2013 and that she did not receive any compensation after 2019.”

So, where did Cullors, as community organizers, get millions to purchase expensive properties in the white enclaves of Los Angeles?

This is how we lose our nation to the progressive communist democrats – one small slice at a time.