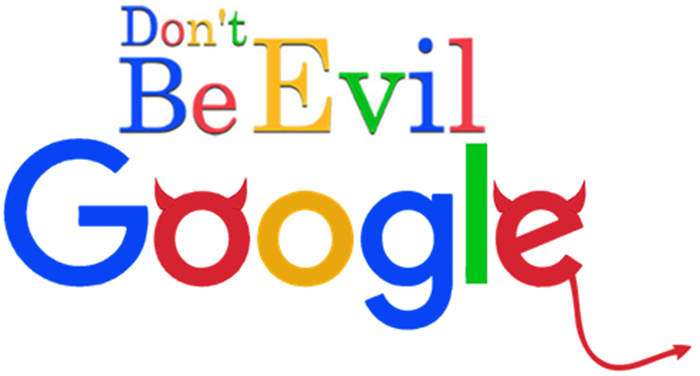 Google is attempting to cancel or censor the Sun…

Google‘s new policy for its advertisers, publishers, and creators will “prohibit ads for, and monetization of, content that contradicts well-established scientific consensus around the existence and causes of climate change.”

“In creating this policy and its parameters, we’ve consulted authoritative sources on the topic of climate science, including experts who have contributed to the United Nations Intergovernmental Panel on Climate Change Assessment Reports,” Google said in its update. “As is the case for many of our policies, we’ll use a combination of automated tools and human review to enforce this policy against violating publisher content, Google-served ads, and YouTube videos that are monetizing via YouTube’s Partner Program. We’ll begin enforcing this policy next month.”

Google‘s turn toward officials from the United Nations to decide a contentious issue involving online speech is not the first time a large American technology company has relied on foreign officials for help making policy.

It should be noted that both the U.S. government and United Nations press releases and summaries often do not accurately reflect the contents of the reports themselves, leaving many scientists baffled or embarrassed.

(1)  Not wanting to understand the inherent skepticism of the scientific method where hypotheses are formed, tested, published, replicated, and then validated or falsified. Consensus, especially one arising from tallying the results of research papers, is meaningless as it is a political process of compromise to reach a joint decision. There is no such process in science. Academic freedom, freedom of expression, and vigorous debate are the key characteristics of a robust research-based quest for knowledge.

(2)  Accepting as gospel the narratives put forth by a political body whose objectives have little to do with science and everything to do with a political power agenda. The primary goals of the United Nations and all of its affiliate groups are to perpetuate their own existence, develop a funding source independent of the financial contributions of its member states, and exert decision-making authority that supersedes member state sovereignty. In effect, develop an international power structure based more on Marxism/Communism than free-market capitalism. Simply put, the United Nations is not an authoritative source on climate science as it deliberately refuses to examine alternative hypotheses or allow a vigorous debate that includes contrarian views.

Bending the science to further public policy is apparent in the IPCC’s (Intergovernmental Panel on Climate Change) global framework that specifies that research is to be concentrated on anthropogenic (man-made) global warming and not so much the natural drivers of climate change such as the Sun’s energy output in all spectral bands, cosmic rays, the Earth’s position relative to the Sun, the Earth’s precessional and rotational dynamics, the Earth's magnetosphere, plate tectonics and vulcanology, the deep ocean currents, the internal dynamics of the Earth, and the greatest greenhouse gas of all -- water vapor.

To concentrate on studying only part of the issue is to introduce error and produce lopsided results. 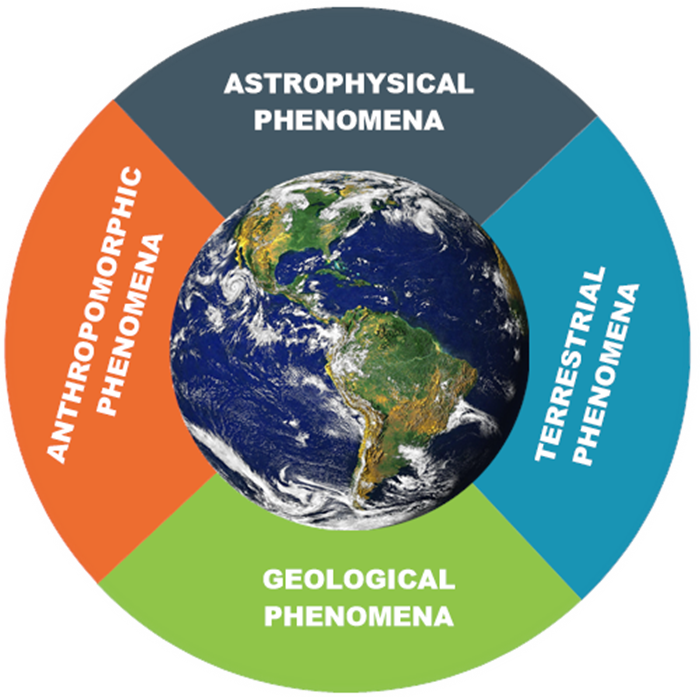 The reasoning is clear, none of these gross drivers  of climate can be successfully manipulated to justify public policies that reduce human freedoms, increase taxation and wealth transfer, and allow an elite cadre to perpetuate and profit from a political system controlled by evildoers.

Perhaps this can be best illustrated by the United Nations Framework Convention on Climate Change (UNFCCC) whose mandate is no secret: “Preventing ‘dangerous’ human interference with the climate system is the ultimate aim of the UNFCCC.” To admit that man cannot control the climate is to acknowledge that efforts to create public policy on that theme is illegitimate, unwarranted, and a fraud perpetrated on its member states.

(3)  Ignoring that much of the current climate science has an inherent bias caused by the funding of institutions, individuals, and projects that align with the narrative’s of the funders, with substantially fewer dollars being allocated to replication or validation studies that have the potential to falsify the existing political narrative.

(4)  Being coerced by a government that has the power to break up, regulate, tax, or reward Google with major contracts, grants, or other benefits. Of course, one wonders about the degree of coercion necessary to follow government dictates since many Google executives and workers are progressive communist-leaning democrats.

(1)  Climate is always changing, growing hotter or colder in a cyclical fashion that extends for thousands of lifetimes. Unfortunately, we do not know enough about the climate to project cyclical periodicity or the amplitude of the changes.

(2)  Climate is a complex, chaotic system that cannot be adequately modeled at present. Computer models are limited by their assumptions and the parametrization needed to reduce the computing power necessary to produce output. The terrestrial temperature databases have been heavily manipulated and the original datasets destroyed, leading to further climate modeling errors. The output of a computerized climate model is not fact and, thus, should not serve as the basis of draconian public policies. At best, it should inform adaptive – not punitive – measures.

(3)  There is no direct way to measure man’s contribution signal to climate change against the background noise of climate’s natural variability.

(4)  There is no planetary emergency except in the minds of corrupt controlling politicians and their propagandists in the media. 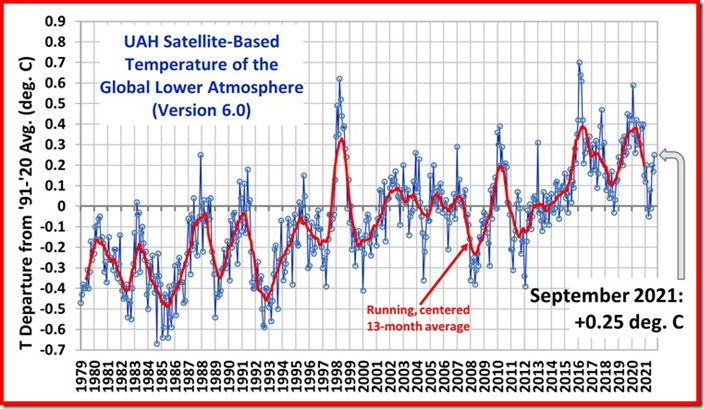