WILL MICHAEL SUSSMANN BE THE THREAD THE UNRAVELS WHAT THE DEMOCRATS LABEL A CONSPIRACY? 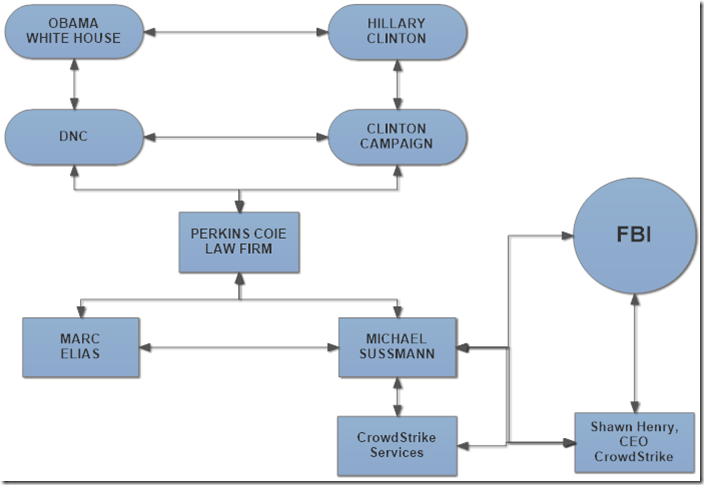 From what we have learned and intuited from Special Counsel’s Durham’s indictment of Perkins Coie Attorney Michael Sussman, it appears that Sussmann appears to have played a central role in a conspiracy to bring about the pre-planned destruction of Donald Trump’s candidacy, and later his presidency, by linking Trump and/or his associates to the Russian government.

An alleged pattern and practice of using stage-managed technical information, conveyed to the FBI, the media, and others, using the Perkins Coie/Sussmann conduit, raises deeply troubling questions about another Clinton/DNC event – the alleged hacking of the DNC server by the Russians.

Were Michael Sussmann and Perkins Coie front and center in the DNC hacking matter, employing CrowdStrike to manufacture or massage evidence of Russian involvement?

The full intelligence apparatus of the United States government is relying on a report they have never even been allowed to see or confirm; that was created by a paid contractor for a political victim that would not allow the FBI to investigate their claim. The DNC server issue is foundation, and cornerstone, of the U.S. government’s position on “Russia hacking” and the election interference narrative; and that narrative is based on zero factual evidence to affirm the U.S. government’s position.

The narrative around the DNC hack claim was always sketchy; many people believe the DNC email data was downloaded onto a flash drive and leaked.  In a court filing (full pdf below) the scale of sketchy has increased exponentially.
Suspecting they could prove the Russian hacking claim was false, lawyers representing Roger Stone requested the full CrowdStrike report on the DNC hack.  When the DOJ responded to the Stone motion they made a rather significant admission.  Not only did the FBI not review the DNC server, the FBI/DOJ never even saw the CrowdStrike report.

This means the FBI and DOJ, and all of the downstream claims by the intelligence apparatus; including the December 2016 Joint Analysis Report and January 2017 Intelligence Community Assessment, all the way to the Weissmann/Mueller report and the continued claims therein; were based on the official intelligence agencies of the U.S. government and the U.S. Department of Justice taking the word of a hired contractor for the Democrat party….. despite their inability to examine the server and/or actually see an unredacted technical forensic report from the investigating contractor. <Source>

“The foundation for the Russian election interference narrative is built on the claim of Russians hacking the servers of the Democrat National Committee (DNC), and subsequently releasing damaging emails that showed the DNC worked to help Hillary Clinton and eliminate Bernie Sanders.” <Source>

Perhaps a disgruntled staffer whose allegiance was to presidential candidate Bernie Sanders, who was systematically being attacked by DNC insiders loyal to Hillary Clinton, downloaded and leaked the contents of the DNC server? So why did the police and FBI rush to write off the unusual murder of Seth Rich, a DNC staffer with the access and apparent motive to download and leak sensitive information? Considering the volume of information taken, an intrusive online attack is less likely than a download. The logs denied to the FBI might have shown excessively long connect times necessary for a Russian hack.

For years the FBI claimed they had no information on Seth Rich, but then in December 2020 the FBI admitted they had documents and his laptop:

In January, the FBI said it never looked at Seth Rich’s laptop.  Why would they not look at it?  Is this something we can believe after years of delays by the FBI?  Next, it’s mentioned that someone took Seth Rich’s personal laptop back to their house.  There is much redaction and then the statement that they don’t know if the laptop had data deleted or changed.  Then the document is redacted to the end. <Source>

In FBI case documents that were made public, comes this tidbit "given [redacted] it is conceivable that an individual or group would want to pay for his death," A peculuiar thing to say about a DNC staffer. <Source>

We just can’t trust the top ranks of the White House, CIA, Department of Justice, the FBI, and certainly not the two political lawyers at Perkins Coie.