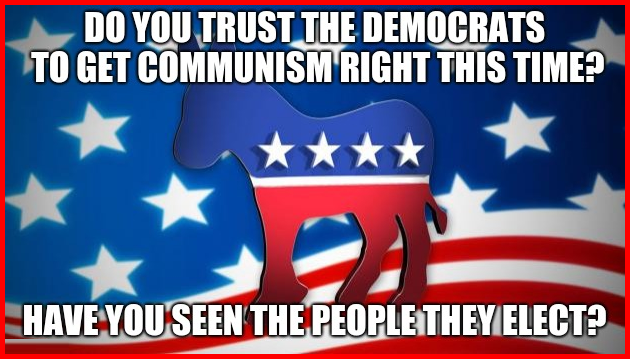 Once again, the progressive communist democrat majority in California’s legislature and the man who wants to be king, Governor Gavin Newsom, have conspired to screw Californians.

You have no parental rights. Shut-up and pay the bill. No, we cannot tell you what it’s for.

With Assembly Bill AB 1184, “Medical information: confidentiality.” that prohibits insurance companies from revealing to the policyholder the “sensitive” services of anyone on their policy, including minor children, even though the policy owner is financially responsible for the services. The bill sponsored by Planned Parenthood Affiliates of California, allows minor children to hide life-threatening or life-altering medical procedures from their parents or legal guardians. “

“Sensitive” services include abortions, sexual assault treatment, drug abuse and mental health treatment, cross-sex hormones, puberty blockers, and sex-change operations. In California, minors can consent to all of these sensitive treatments after the age of 12 under certain conditions, and consent to abortions at any age.

Not only does this bill obliterate parental rights and the ability of parents or their legal guardians from protecting their young children, it makes insurance policyholders financially responsible for bills they did not incur or verify as appropriate and legitimate.

You can more easily targeted by criminals, anti-gun groups, the media  and your employer.

With Assembly Bill AB 173, “Public Safety,” the California Department of Justice is compelled to supply information identifying firearm and ammunition purchasers to a newly created research center at the University of California, Davis or any other “any other nonprofit bona fide research institution accredited by the United States Department of Education or the Council for Higher Education Accreditation, as specified, for the study of the prevention of violence.” that requests the information. Data points include unencrypted, non-anonymized name, address, date of birth, purchase details, purchase location and date, and other details.

Notice, there are no specific penalties for the unauthorized release of information or a specific right of an individual to recover damages from an unauthorized or “accidental” release of information. “Material identifying individuals shall only be provided for research or statistical activities and shall not be revealed or used for purposes other than research or statistical activities. Reports or publications derived therefrom shall not identify specific individuals.”

Giving illegal aliens a say in the Democrat Party.

Nobody should be surprised that the bill was sponsored by the Chicano Latino Caucus of the California Democratic Party as they continue to pander to illegal aliens who may become citizens beholden to the Democrat Party.

The only good news for today…

It appears that the former Minneapolis police officer, Derek Chauvin, convicted earlier this year for the May 2020 murder of George Floyd, has appealed his conviction that underlies a 22-year prison sentence. For some of us who followed the trial testimony, there is little doubt in my mind that Chauvin was the target of a politically motivated prosecution by politically motivated partisans who reacted to media reports. The jury was tainted by the illegal behavior of one or more jurors and motivated by the fear of public condemnation and another outbreak of riots by domestic terrorists should they render a not guilty verdict.

I do not believe Chauvin is a racist or necessarily conducted himself inappropriately on the fateful day when Floyd most likely died of a  self-inflicted drug overdose while resisting arrest. Unfortunately, the optics of the scene from a particular vantage point seemed to support an exploitable narrative by the race-baiters and those who profit from radicalized race relations.

The 14 issues cited by Chauvin in his appeal filing claiming he was prevented from receiving a fair and unbiased trial:

A favorable ruling from the Minnesota Supreme Court -- the third-degree murder conviction of former Minneapolis police officer Mohamed Noor was reversed because Noor didn’t intend to harm anyone else when he shot and killed 40-year-old Justine Ruszczyk Damond in 2017.

There is no other way to say it. We are so screwed.