MARICOPA COUNTY, ARIZONA AUDIT -- DID SOMEONE GET CONNED?

It appears that those hyper-partisans and grifters surrounding the Trump campaign to overturn the election were disappointed as all of the fantastic claims about the promised results of this audit fizzled out like wet fireworks. 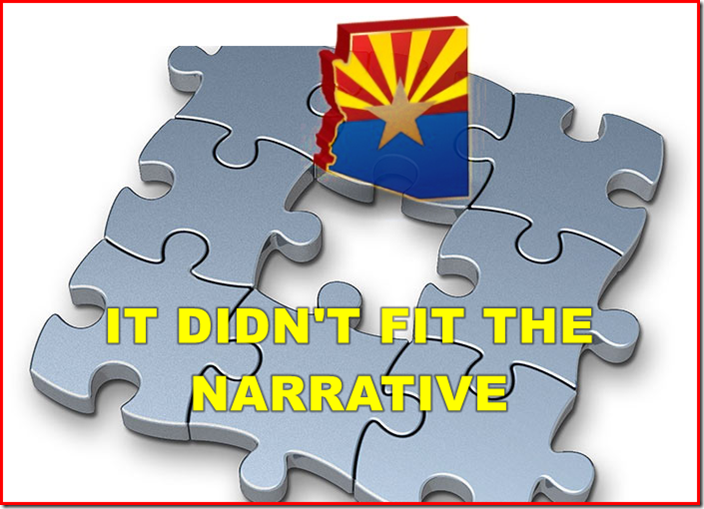 It appears that the mainstream media is engaging in a bit of “see, I told you so, now move along.”

While the numbers generally appear close to the official record, with several anomalies that cannot be used to decertify or overturn an election – or even generate widespread outrage, the real story is one of obstruction of justice by election officials.

Remember, these are raw counts with no adjustment for anomalous “unconfirmed and legally accepted” findings.

FACT: RE-COUNTS CAN ACCOUNT FOR SLIGHT DISCREPANCIES IN THE TOTALS -- BUT DO NOT ADDRESS IRREGULARITIES OR ILLEGALLY CAST OR COUNTED BALLOTS.

The devil is in the details and demands resolution...

• None of the various systems related to elections had numbers that would balance and agree with each other. In some cases, these differences were significant.
• There appears to be many 27, 807 ballots cast from individuals who had moved prior to the election.
• Files were missing from the Election Management System (EMS) Server.
• Ballot images 284,412 on the EMS were corrupt or missing.
• Logs appeared to be intentionally rolled over, and all the data in the database related to the 2020 General Election had been fully cleared.
• On the ballot side, batches were not always clearly delineated, duplicated ballots were missing the required serial numbers, originals were duplicated more than once, and the Auditors were never provided Chain-of- Custody documentation for the ballots for the time-period prior to the ballot’s movement into the Auditors’ care. This all increased the complexity and difficulty in properly auditing the results; and added ambiguity into the final conclusions.
• Maricopa County failed to follow basic cyber security best practices and guidelines from CISA  (U.S. Department of Homeland Security’s Cybersecurity & Infrastructure Security Agency)
• Software and patch protocols were not followed
• Credential management was flawed: unique usernames and passwords were not allocated
• Lack of baseline for host and network activity for approved programs, communications protocols and communications devices for voting systems 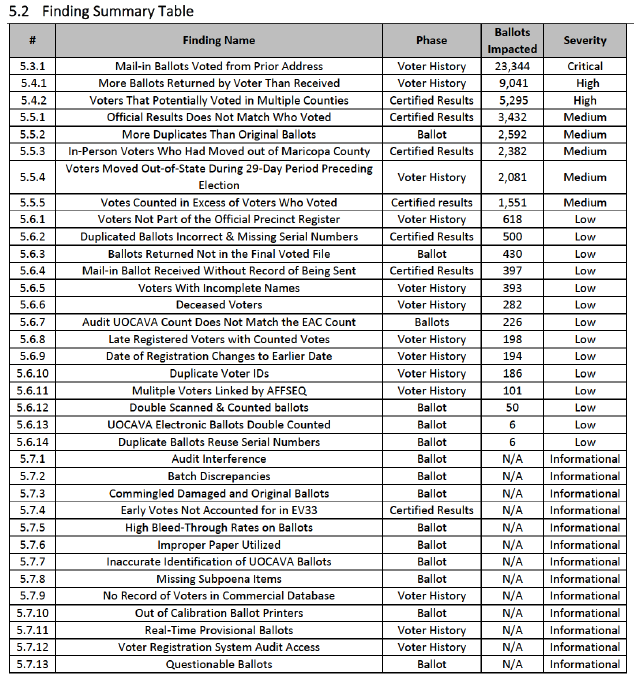 For those who wish to download the in-depth reports and presentations, they can be found on the official website of the Arizona State Senate’s Republican Caucus.

As for the professionalism of the auditors, I believe they did a credible job under difficult and overly restrictive conditions. Conditions were made worse by the active opposition of those officials who governed the election process.

Clearly, there is a case for obstruction of justice, impeding an official investigation, and perhaps individual blame for actions taken by election officials or those acting as their agents and at their direction.

One wonders why the election officials and Democrats spent so much time, energy, and money on delaying the audit – or destroying evidence – if the results were generally inconclusive? What are they hiding, and how will the election be supervised in the 2022 mid-term elections? At the very least, every election official should be removed from office and replaced by non-partisan professionals willing to volunteer their services.

This is not the affirmatively "clean bill of health" that the Democrats and their media propagandists are portraying.

The winning margin is still razor-thin -- and the discrepancies still far exceed the margin of victory.