VOTER ID AND FRAUD: ANOTHER PARTISAN RULING THAT APPEARS RACIST 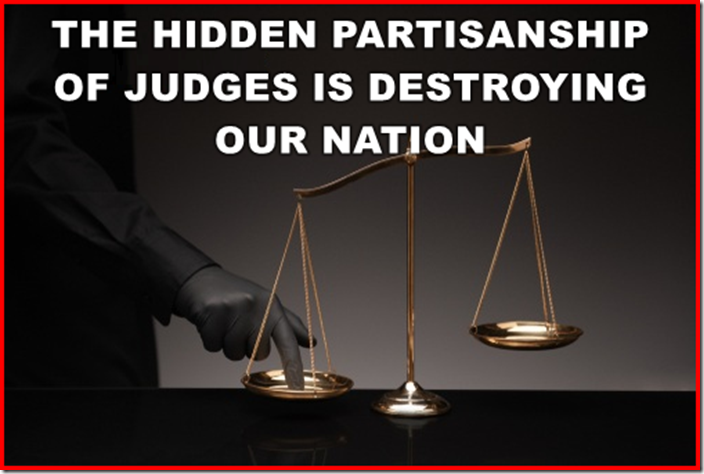 Once again, we find partisan judges torturing the law to support a hyper-partisan viewpoint that appears racist and un-American.

Consider the basic concept of equal protection under the law. If the law applies to everyone equally without regard to any particular protected characteristic such as race, sex, national origin, etc., it is, on its first appearance, presumed to be true,  constitutional, and just.

If one derives an alternative hypothesis to invalidate a common-sense measure that protects voter integrity using impossible to prove “intent” or a false construct like disparate impact, this appears to indicate a political agenda at play. And possibly partisan judges.

Individuals generally, regardless of their class status (race, color, religion, national origin, ancestry, sex, sexual orientation, gender identity, or disability), must produce photo identification to purchase alcohol, fly, open a bank account, enter a federal building, drive, and for other purposes. To suggest one race or class of individuals cannot obtain appropriate identification to vote is prima facie racist. To further weaken the integrity of our electoral system in support of a particular party is criminal and un-American.

Let us consider a specific attempt to weaken electoral integrity…

Two North Carolina judges on Friday struck down a law that required identification to vote, alleging it “was enacted with the unconstitutional intent to discriminate against African American voters.”

The law was enacted in violation of the Equal Protection Clause in North Carolina’s Constitution, the majority of the panel said. The clause says that nobody shall be denied equal protection of the laws nor shall anybody be subjected to discrimination by the state due to race. <102-page ruling>

The majority of this three-judge panel finds the evidence at trial sufficient to show that the enactment of S.B. 824 was motivated at least in part by an unconstitutional intent to target African American voters. In reaching this conclusion, we do not find that any member of the General Assembly who voted in favor of S.B. 824 harbors any racial animus or hatred towards African American voters, but rather, as with H.B. 589, that the Republican majority “target[ed] voters who, based on race, were unlikely to vote for the majority party.

[OCS: Part of the evidence was supplied by University of Michigan Professor Kevin Quinn, an expert in empirical legal studies and statistical methodology and who served as an expert witness for the plaintiffs. Quinn testified that “Black voters were 39 percent more likely to lack a form of qualifying identification.” This statistical conclusion appears to be racist in and of itself because it suggests similarly situated blacks are incapable of following the instructions to obtain the necessary identification to vote. It is likely the statistics were tortured to support the plaintiff’s position.]

Even if done for partisan ends, that constitute[s] racial discrimination.

The majority of this three-judge panel also finds that the Defendants have failed to prove, based on the evidence at trial, that S.B. 824 would have been enacted in its present form if it did not tend to discriminate against African American voters. Other, less restrictive voter ID laws would have sufficed to achieve the legitimate nonracial purposes of implementing the constitutional amendment requiring voter ID, deterring fraud, or enhancing voter confidence.

[OCS: This is a joke, as less restrictive voter ID laws do not deter fraud nor do they enhance voter confidence. What they do is to make electoral fraud easier and harder to detect.]

For the foregoing reasons, the majority of this three-judge panel holds that S.B. 824 was enacted in violation of the North Carolina Constitution, and we permanently enjoin its enforcement on that basis. <102-page ruling>

[OCS: There is a good chance that this ruling will be appealed to the North Carolina Supreme Court, and the possibly to the United States Supreme Court.]

However, the remaining judge, Superior Court Judge Nathaniel J. Poovey, a Republican, dissented with a rather clear statement of fact…

In the words of Sam Hayes, general counsel for the North Carolina House speaker, “Once again, liberal judges have defied the will of North Carolinians on election integrity. “This fight is far from over. We look forward to appealing this partisan ruling on behalf of the people of North Carolina.”

We continue to find the Democrats, the party of racism and trial lawyers, using the law to subvert the people's will and further their toxic agenda.