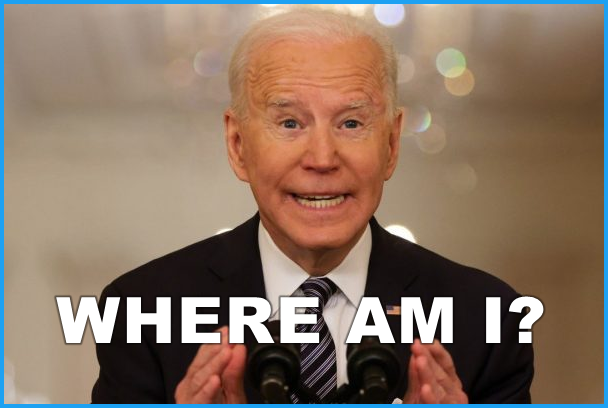 (1)  Much of former President Obama's cadre of fellow travelers and America-haters are embedded in the national security apparatus at the White House, the Department of State, the Pentagon, and elsewhere in critical infrastructure. All with a vested interest in weakening and embarrassing the United States, both here and abroad.

(2)  Like Benghazi, which was a joint State Department/CIA operation to provide military-grade weaponry to Islamic terrorists who promised to use the weapons against Syria’s Assad and ISIS, the administration was risk-averse and concerned about optics when they flatly refused to send help to stricken Americans. Four Americans, including an Ambassador, died, and countless others were wounded needlessly. The Democrats refuse to take the shot – remember Joe Biden didn’t want to take out bin Laden and bad-mouthed the drone strike assassination of Qasem Soleimani.

(3)  There were bad decisions from the top down – all based on domestic politics with little or no consideration of national defense. And like Benghazi, we find the military taking orders from the State Department.

(a)  We were offered control of Kabul by the Taliban and rejected it because of artificial White House imposed troop limits.

Report: Taliban Offered Biden Control of Kabul, but He Declined

According to a report from the Washington Post, as the Taliban began taking control of Afghanistan, senior U.S. military leaders met with Taliban political leader Abdul Ghani Baradar in Doha, Qatar, where an offer was made for the United States to have control of Kabul until all U.S. troops had withdrawn; the offer was declined. From the report:

“We have a problem,” Baradar said, according to the U.S. official. “We have two options to deal with it: You [the United States military] take responsibility for securing Kabul or you have to allow us to do it.”

Throughout the day, Biden had remained resolute in his decision to withdraw all American troops from Afghanistan. The collapse of the Afghan government hadn’t changed his mind.

McKenzie, aware of those orders, told Baradar that the U.S. mission was only to evacuate American citizens, Afghan allies and others at risk. The United States, he told Baradar, needed the airport to do that.

On the spot, an understanding was reached, according to two other U.S. officials: The United States could have the airport until Aug. 31. But the Taliban would control the city. <Source>

(b) We left properly credentialed American citizens behind at the order of the State Department.

Michael Yon, former Special Forces turned combat journalist, gives John Solomon Reports an Exclusive, that Americans, were in-fact, turned away from the gates of Kabul Airport by US Military, saying that they were acting on orders ‘by the State Department to turn Americans away.’ Listen to the interview and the evidence.

(4)  Like Benghazi, where there was real-time drone intelligence and no questions regarding the attack, Red State is reporting that we not only knew about the Bomber that killed 13 servicemembers and 200 Afghans but refused to take action.

Bombshell Report Claims US Knew About Kabul Bomber, Had Drone Lock, but Didn't Take the Shot

Director of MRC Latino, Jorge Bonilla, posted an interview with Pardo-Maurer. Pardo-Maurer, who was in the State Department for years, since at least 2001, said he was being told that the Department of Defense already knew who the bomber was ahead of time, before the bombing and when the Kabul attack would occur.

But Pardo-Maurer went further in his interview. He said not only did they know where and when it would happen, but that they had a Predator drone lock on the bomber, but that “they” refused to grant permission to take the guy out. “[Permission] was requested and was denied,” he said. Why? “Because we are in this process of negotiating with the Taliban who aren’t even in control of their own government or their own people.”

So is he really saying what it sounds like he’s saying? Because it sounds like he’s saying that we had the shot to take this guy out but they were afraid of angering the Taliban if they took the shot. Yikes. So not only had we outsourced our security to the Taliban. But we wouldn’t even properly protect our own people because it might disturb the enemy. We are truly living in a bizarre reality at this point with the Biden team. <Source>

(5)  Like Benghazi, there is prodigious lying, leaking, and cover-ups. Notice we haven’t heard from Susan Rice, the notorious Benghazi liar and who is lurking in the background as the Director of the United States Domestic Policy Council. However, her expertise is in foreign affairs, and she is inextricably linked with the Secretary of State, Antony Blinken, who served as her Deputy National Security Advisor. There are also links to Jake Sullivan, the United States National Security Advisor to President Joe Biden, and Samantha Power, the Administrator of the United States Agency for International Development. All Obamacons.

Courtesy of Reuters, we can see a transcript of a phone conversation between Joe Biden and President Ghani of Afghanistan on July 23, 2021.

Notable is Biden's request for Ghani to lie about the situation.

President Biden: "You know, I am a moment late. But I mean it sincerely. Hey look, I want to make it clear that I am not a military man any more than you are, but I have been meeting with our Pentagon folks, and our national security people, as you have with ours and yours, and as you know and I need not tell you the perception around the world and in parts of Afghanistan, I believe, is that things aren’t going well in terms of the fight against the Taliban. And there’s a need, whether it is true or not, there is a need to project a different picture."

President Ghani: "Mr. President, we are facing a full-scale invasion, composed of Taliban, full Pakistani planning and logistical support, and at least 10-15,000 international terrorists, predominantly Pakistanis thrown into this, so that dimension needs to be taken account of."

"Second, what is crucial is, close air support, and if I could make a request, you have been very generous, if your assistance, particularly to our air force be front loaded, because what we need at this moment, there was a very heavily reliance on air power, and we have prioritized that if it could be at all front-loaded, we will greatly appreciate it.: <Source>

Even worse, there was a quid pro quo -- air support in return for lying to improve perceptions.

What did we learn...

Our nation's survival depends on a moral and effective government that is willing to use our available forces to protect the safety and security of America and ALL Americans.

While we may use our resources to help other nations achieve noble aspirations, our first duty is to our own citizens.

Allowing the disaffected and vocal minority to affect our decision-making is downright suicidal.

What we have learned from Afghanistan is simple. Other people, cultures, and nations may want modern conveniences but have little or no interest in our culture or governing systems. To shovel money into these entities to incentivize their behavior is foolish, counter-productive, and wasteful. The correct posture is we all live in peace, and should you decide otherwise and attack our country or people; it will be met with appropriate but overwhelming force.

You cannot trust the progressive communist democrats with our Constitution, national security, or economy. Biden is incapacitated, and the Democrats are exploiting his disability to push Obama's agenda. 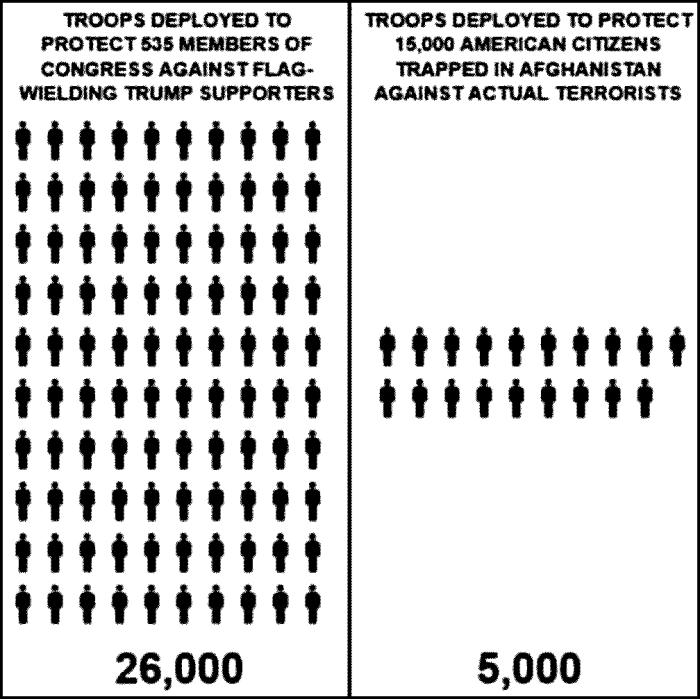 A "CONSPIRACY" THEORY COMES TO LIFE

Remember when you were told that vaccine passports were a conspiracy theory?

Despite White House Press Secretary Jen Psaki saying the Biden administration would not support a federal mandate for vaccine certificates, false claims and conspiracy theories surrounding “vaccine passports” continue to circulate online. Some of these include the idea that “vaccine passports” are part of the “Great Reset” conspiracy theory — which claims that a cabal of elites is using the pandemic to impose a new globalist world order — and will be used to mandate vaccines and more control over the population. Other misleading claims compare a vaccine certificate program with China’s “social credit” system. <Source>

Vaccine passports are a conspiracy against freedom

Those who warned against vaccine passports; whether on grounds of discrimination, ethics or practicality, were repeatedly told not to worry, that the whole thing was a madcap conspiracy theory. Even now, many are convinced the move will never happen – it’s just a bluff to get the young double-vaccinated, copying Emmanuel Macron’s interventions in France. <Source>

They’re here! The corrupt World Health Organization (WHO) has issued a report that urges the transition to digital certification of vaccine status and presents implementation strategies for member states.

What isn’t being said, “The Digital Documentation of COVID-19 Certificates is proposed as a mechanism by which a person's COVID-19-related health data can be digitally documented, stored, authenticated, tracked, and re-purposed via an electronic certificate. That’s right – this is a “control” document that could be used to restrict your freedoms.

I need some new conspiracy theories; the old was are being proven to be true – and, in many cases, more dangerous and pervasive than originally thought.

BTW, WHO notes, “This work was funded by the Bill and Melinda Gates Foundation, the Government of Estonia, Fondation Botnar, the State of Kuwait, and the Rockefeller Foundation. The views of the funding bodies have not influenced the content of this document.”