AFGHANISTAN: NOTHING MORE CAN BE SAID AS WE UNCONDITIONALLY SURRENDER 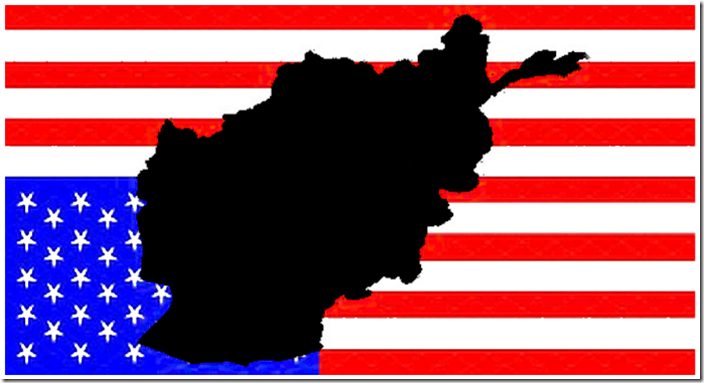 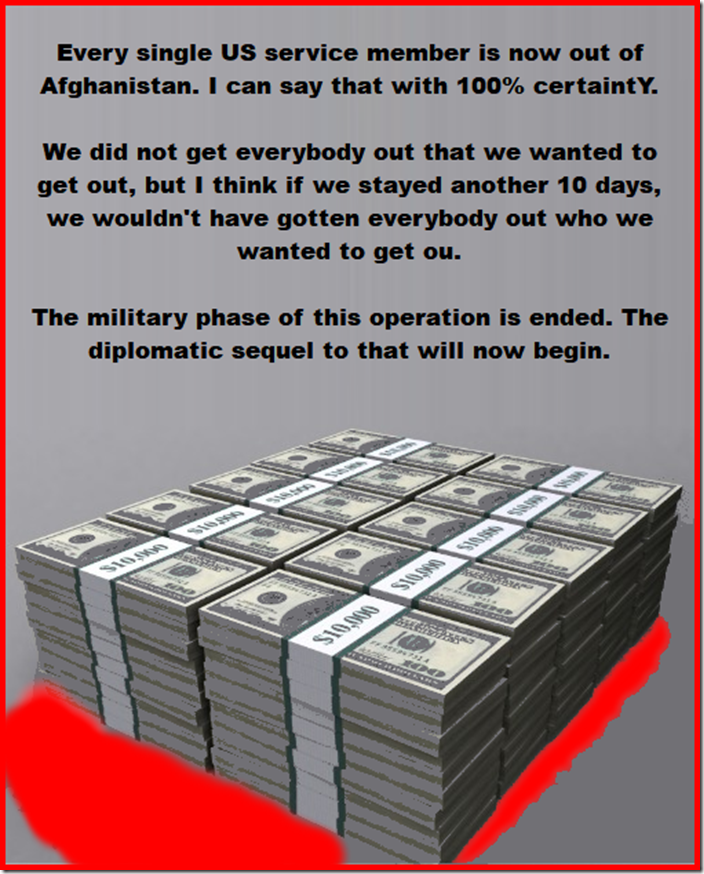 We will print money we don’t have and send pallets of cash to terrorists to buy back Americans and select allies in a slow-moving hostage recovery program.

We will ensure the economic survival of the Taliban until Communist Chinese and Russian money start flowing.

After the initial announcement of the withdrawal from Afghanistan,  Secretary of State Antony Blinken hit the podium to spin this disaster.

This has been a massive military, diplomatic and humanitarian undertaking. One of the most difficult in the nation’s history and an extraordinary feat of logistics and coordination under some of the most challenging circumstances imaginable. Many, many people made this possible.

I want to commend our outstanding diplomats who worked around the clock, and around the world, to coordinate the operation.

[OCS: These were the guys that created this disaster.]

Now U.S. military flights have ended. And our troops have departed Afghanistan. A new chapter of America’s engagement with Afghanistan has begun. It’s one in which we will lead with our diplomacy. The military mission is over. A new diplomatic mission has begun.

So here is our plan for the days and weeks ahead:

First, we built a new team to help lead this new mission.

[OCS: So you can't blame the new team, even though its leadership is from the old team.]

Second, we will continue our relentless efforts to help Americans, foreign nationals and Afghans leave Afghanistan if they choose.

[OCS: Leaving Americans behind to be tortured and slaughtered anonymously without anybody reporting is unconscionable.]

Third, we will hold the Taliban to its pledge to let people freely depart Afghanistan.

[OCS: Without a military presence or the will to re-engage, that leaves American money as the sole motivator.]

Fourth, we will work to secure their safe passage.

[OCS: With no communications and only sketchy details, talking is not enough.]

Fifth, we will stay focused on counterterrorism. The Taliban has made a commitment to prevent terrorist groups from using Afghanistan as a base for external operations that could threaten the United States or our allies, including Al Qaeda and the Taliban’s sworn enemy, ISIS-K.

[OCS: We just made this rag-tag army one of the most powerfully-armed groups in the region.]

Sixth, we will continue our humanitarian assistance to the people of Afghanistan.

[OCS: We gave them $85 billion in weapons. We gave them billions in cash to pay their people. What more do we owe them?]

And seventh, we will continue our broad international diplomacy across all these issues and many others. We believe we can accomplish far more and exert far greater leverage when we work in coordination with our allies and partners.

I want to thank our commanders and the men and women serving under them for their execution of the dangerous retrograde from Afghanistan as scheduled – in the early morning hours of August 31, Kabul time – with no further loss of American lives. The past 17 days have seen our troops execute the largest airlift in US history, evacuating over 120,000 US citizens, citizens of our allies, and Afghan allies of the United States. They have done it with unmatched courage, professionalism, and resolve. Now, our 20-year military presence in Afghanistan has ended.

Tomorrow afternoon, I will address the American people on my decision not to extend our presence in Afghanistan beyond August 31. For now, I will report that it was the unanimous recommendation of the Joint Chiefs and of all of our commanders on the ground to end our airlift mission as planned. Their view was that ending our military mission was the best way to protect the lives of our troops, and secure the prospects of civilian departures for those who want to leave Afghanistan in the weeks and months ahead.

The Taliban has made commitments on safe passage and the world will hold them to their commitments. It will include ongoing diplomacy in Afghanistan and coordination with partners in the region to reopen the airport allowing for continued departure for those who want to leave and delivery of humanitarian assistance to the people of Afghanistan.<Source>

Humanitarian aid is Diplospeak for lots of money.

The White House, a freak show of bubble-dwelling, invented pronoun-using, alphabet people who do not believe in an exceptional America, is MINIMIZING Islamic terrorism by excusing one group of terrorists, the Taliban, by pointing to another group of terrorists, ISIS-K. How much time will pass before the Taliban excuses its atrocities by claiming that ISIS K fighters have infiltrated the Taliban in Kabul and they are wreaking havoc and making it impossible to govern and to maintain law and order?

Biden sank the damn ship and now he and his leg-humpers and lickspittles want credit for sending out lifeboats while leaving some survivors in the water.

It is absolutely stunning how fast America has declined since President Obama seeded the government with his fellow travelers.

Proof positive that Democrats cannot be trusted with the safety and security of the United States – including border protection.