DOES THE GUTLESS CALIFORNIA GOP WANTS TO LOSE THE NEWSOM RECALL? 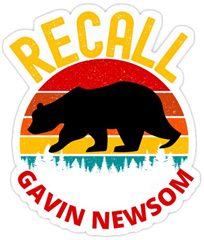 But NO! The gutless wonders at the California Republican Party’s virtual endorsement meeting did absolutely nothing, nada, zip!

Sending the message “We cannot afford to discourage voters who are passionate about a particular candidate, yet may not vote because their favored candidate didn’t receive the endorsement.” This statement says everything you need to know about the mindset of the California GOP and its ability to generate enthusiasm for a candidate. They think that because the recall is in a statistical dead heat, they cannot offend some voters with an endorsement that would cripple the recall.

With less than a month before ballots start arriving in voters’ mailboxes for the September 14th election, the GOP has no clear plan of action other than wait until it is too late to effectively support a candidate.

(8/9/21) This is a message from Los Angeles County Registrar of Voters. Your ballot for the upcoming September 14, 2021, Gubernatorial Recall Election has been mailed to you. If you haven't received your ballot within 7 business days, please contact us.

Like who gives a tinker’s dam what the California GOP thinks? They have rolled over and over and over – allowing the progressive communist democrats who govern the state a free hand to destroy California.

GOP wussies -- waiting for a sign of divine intervention?

It appears that these putzes want a candidate to grab 60% of the delegates before making an endorsement.

Especially considering that Larry Elder, a genuinely conservative author, lawyer, commentator, tv and radio host, jumped to the top of the polls in less than a month, supported by prodigious fundraising that lags behind the millions being poured into keeping Gavin Newsom in office.

Elder, who bills himself as the “Sage From South Central,” is clearly the type of candidate we want. Not a professional “go along to get along” politicians like Kevin Kiley (current member of the California State Assembly), Kevin Faulconer (former member of San Diego), and Doug Ose (former U.S. Representative - California's 3rd congressional district.)

Faulkner played a major role in convincing the endorsers to pass on endorsing anyone based on fairness. Without Elder, Faulkner would become the front runner. According to published reports, “Faulconer wrote in an email to supporters hours before the vote, “Ever since the close of candidate filing, it has become clear an endorsement of one candidate over another would only distract from that goal.” 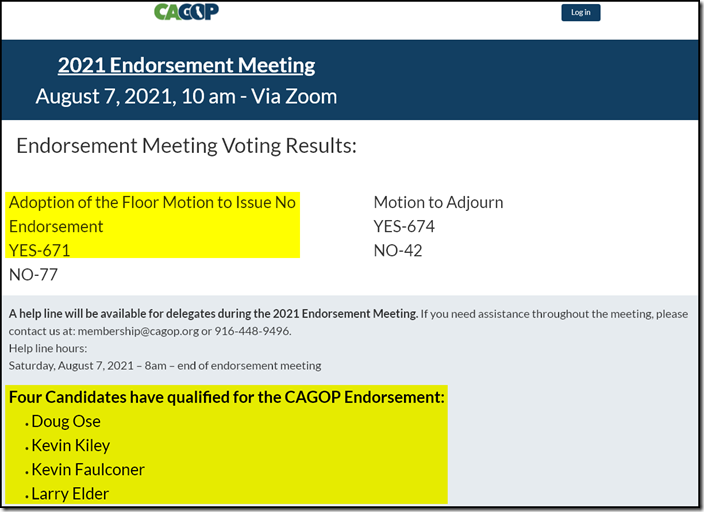 Even their sloganeering smacks of Democrat lite… Bend over, here it comes again… 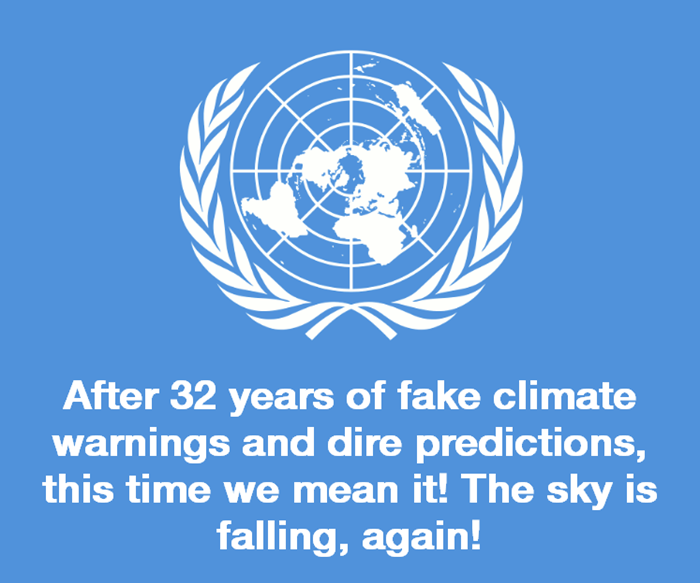 Assuming this is true, show me the reality-based system that accurately detects and measures man's climate input amid climate's natural variability. I do not want to see incomplete computer models with their parameterizations, estimates, and workarounds that use sparse, heavily homogenized data and cannot be replicated independently by other researchers.

The keyword is extremes…

“Human-induced climate change is already affecting many weather and climate extremes in every region across the globe. Evidence of observed changes in extremes such as heatwaves, heavy precipitation, droughts, and tropical cyclones, and, in particular, their attribution to human influence, has strengthened since AR5.”

I thought most of our weather depended on cyclical oscillations like ENSO (El Niño-Southern Oscillation), NAO (North Atlantic Oscillation), and AMO (Atlantic Multi-decadal Oscillation), all of which are not well understood at present. Let us not forget the natural temperature range found between the equator and the polar regions.

Global temperatures are expected to reach a significant warming milestone in the next 20 years.

Once again, the prognosticators ignore all of their years of past dire predictions and extend the event horizon another twenty years to avoid responsibility for the predictions they admit were made to grab the public's attention, funding, and acceptance of draconian freedom-limiting public policies. Most of which seem to coincide with an authoritarian socialist/communist agenda.

The planet is expected to reach average temperatures that are 1.5 degrees warmer than a pre-industrial baseline by 2040,

So what? Nobody has ever discovered an "optimum" global temperature that maximizes benefits to existence on Earth. In fact, higher concentrations of carbon dioxide are beneficial to oxygen-producing plants, which benefit man, flora, and fauna in numerous ways. And one might legitimately assume that the planet will experience interglacial warming on geologic timescales as we emerge from the last ice age.

Since water vapor is the most potent and prevalent greenhouse gas in our atmosphere, how do the prognosticators plan to alter cloud behavior on a global scale?

The poohbahs have spoken…

“Today’s IPCC Working Group 1 report is a code red for humanity.  The alarm bells are deafening, and the evidence is irrefutable:  greenhouse‑gas emissions from fossil-fuel burning and deforestation are choking our planet and putting billions of people at immediate risk.  Global heating is affecting every region on Earth, with many of the changes becoming irreversible.

The internationally agreed threshold of 1.5°C is perilously close.  We are at imminent risk of hitting 1.5°C in the near term.  The only way to prevent exceeding this threshold is by urgently stepping up our efforts and pursuing the most ambitious path.

We must act decisively now to keep 1.5°C alive.  We are already at 1.2°C and rising.  Warming has accelerated in recent decades.  Every fraction of a degree counts.  Greenhouse‑gas concentrations are at record levels.  Extreme weather and climate disasters are increasing in frequency and intensity.  That is why this year’s United Nations climate conference in Glasgow is so important.

We need immediate action on energy.  Without deep carbon pollution cuts now, the 1.5°C goal will fall quickly out of reach.  This report must sound a death knell for coal and fossil fuels, before they destroy our planet.  There must be no new coal plants built after 2021.  OECD [Organisation for Economic Co-operation and Development] countries must phase out existing coal by 2030, with all others following suit by 2040.  Countries should also end all new fossil fuel exploration and production, and shift fossil-fuel subsidies into renewable energy.  By 2030, solar and wind capacity should quadruple and renewable energy investments should triple to maintain a net-zero trajectory by mid-century.”<Source>

Panic, I say! Before it is too late to save the planet! What foolishness. Let us cripple the very basis for all industrialized development that has driven progress forward. Tell emerging nations that they cannot enjoy the same benefits and must exist on the wealth redistribution of developed nations with their crippled economies. Yes, let’s substitute expensive and unreliable power sources for existing low-cost reliable power production. The last thing politicians want is low-cost, abundant power. One, it promotes further industrialization and growth upsets their de-growth agenda. And two, politicians derive their power from managing scarcity and charging a toll to change a “no” decision to a “yes” decision.

“This report is a reality check. We now have a much clearer picture of the past, present and future climate, which is essential for understanding where we are headed, what can be done, and how we can prepare.”

Right! We cannot even project weather beyond a 14-day window with a high degree of confidence, and we should accept the idea that "droughts and fluctuations in precipitation could be projected with high confidence."

Given that the actual drivers of long-term global climate change are the Sun’s energy output in all spectral bands, cosmic rays, the Earth’s position relative to the Sun, the Earth’s precessional and rotational dynamics, the Earth's magnetosphere, plate tectonics, and vulcanology, the deep ocean currents, the internal dynamics of the Earth, and the greatest greenhouse gas of all” water vapor, explain to me what can be done?  None of these elements of climate change are susceptible to alteration by man on a global – or even a local scale.

The climate is always changing. Man does have some effect on the planetary dynamics. And, until someone shows me how much, do not propose to cut off my balls to bring about your socialist paradise of unicorns, rainbow farts, and self-licking lollipops.

There is so much that remains unknown that the only conclusion that can be drawn is that it is premature, foolish, and disastrously dangerous to implement draconian freedom-limiting, economy-killing, public policies put forth by partisan scientists to support a political narrative that ensures billions of dollars in additional climate research funding.

Can anyone explain why public policies proposed by the politicians always appear to support a one-world order governed by the corrupt, ineffective, and impotent United Nations and looks suspiciously like the international authoritarian socialist/communist agenda?