WHY IS THE GOP SELLING OUT?

It’s no secret, the majority of the GOP puts themselves, their personal and political fortunes ahead of their nation, their constituents, and in many cases, their own family.

So why is anyone surprised that several GOP Senators, including the RINOs, the squishes, and the corrupt, are willing to sell out to the progressive communist democrats if it means bringing home the pork to their districts and the special interests who provide campaign funds, voter support, and media attention. Much like the progressive communist democrats are in thrall to the unions, or Obama and Biden selling out their country to Iran for a photo op and a footnote in their legacy.

How many Senate Republicans will hand President Biden a huge political victory by voting for the historic $1 trillion infrastructure package?

With 60 votes to overcome a filibuster and make it to final passage and all 50 members of the Senate Democratic Caucus likely to vote in favor of the legislation, only 10 Republicans are needed to screw over the nation.

By a tally of 67-27, the Senate invoked cloture on Sinema-Portman substitute amendment #2137 to H.R.3684, Infrastructure Investment and Jobs Act.

18 of the Senate’s 50 Republicans voted to join 49 Senate Democrats to move forward on the 2,700-page package.

The nine Senate Republicans that served on the bipartisan infrastructure working group and worked with Senate Democrats and Biden to build this outrageous legislation were::

There is little or no doubt that Republicans will use this vote against the GOP in the upcoming midterm elections in 2022 and the presidential election of 2024.

The message to Californians… 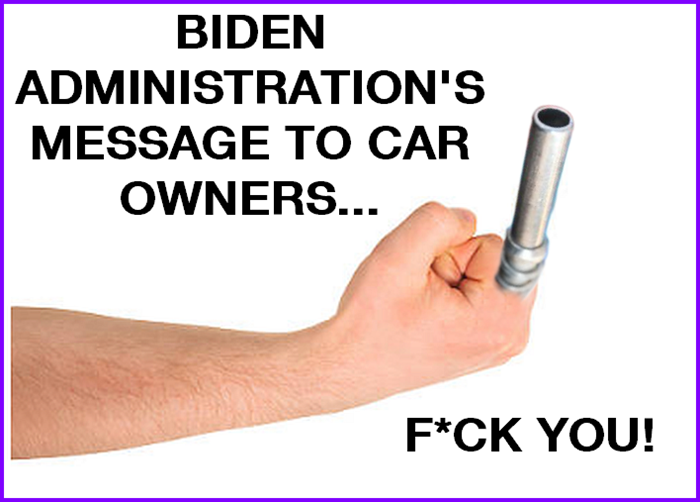 Consider the additional tax and insurance burdens when “mileage-based fees” are implemented?

Included in this “infrastructure bill” …

Californians should remember that our communist legislature stole our gas taxes and re-purposed the money into the general fund. And, CalTrans spent our road repair funds on sound walls, which channel noise and pollution to drivers forced to drive at a snail’s pace.