A friend of mine asked me what happened to science and why so many scientists will privately acknowledge the limits of scientific knowledge and the difficulties in experimentation, yet speak with assurance and certitude when speaking about things like the pandemic, sex, global warming, and the soft “social sciences?” 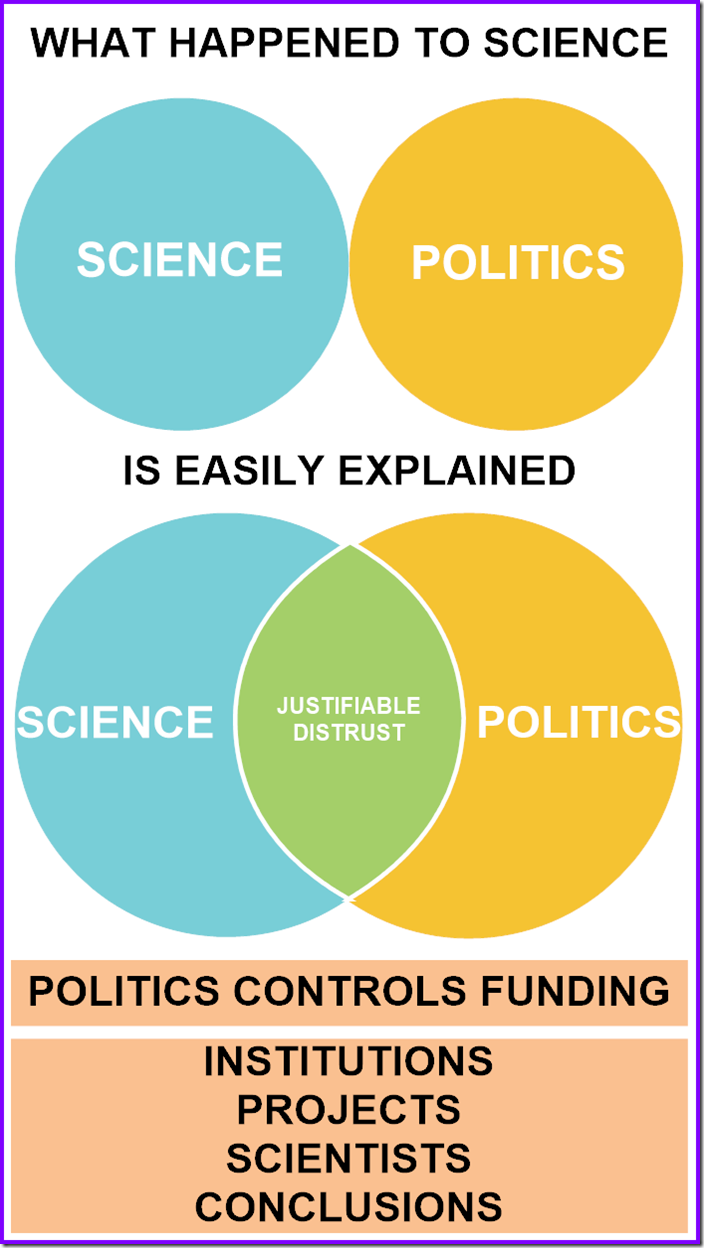 Most competent scientists remain silent, especially when asked for comments beyond their area of expertise or requested to project “local” findings into “global” certainties. Others are afraid to speak of their own FUD (Fears, Uncertainty, and Doubt) which runs counter to a political narrative which can affect their reputations, careers, and ability to receive funding for their projects.

Aided and abetted by a dishonest mainstream media that appears to act as propagandists for the radical progressive communist democrats, most scientists would rather remain silent than risk being canceled by their peers, many of whom have invested their entire career in projects which appear to support public policy.

Science is being used to justify draconian restrictions on American's inalienable God-given rights and the support of radical destructive public policies.