WE ARE NOT FREE: THEY ARE NOW DICTATING WHAT COMPUTERS YOU CAN BUY 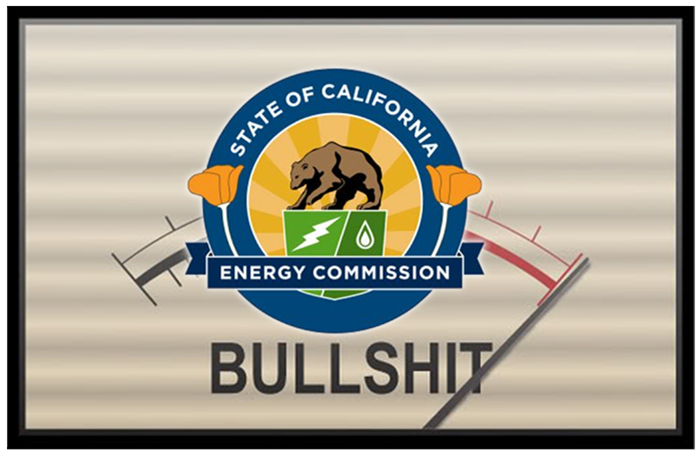 The California fascists want to run your life, and they are Californicating the country…

Why should I restrict my computer selection because of corrupt utilities that protect their earnings and cushy executive salaries by refusing to spend ratepayers' money to repair, replace, or build out their inadequate infrastructure? Some of which failed and were responsible for deaths and wildfires.

Likewise, the corrupt public utilities commissions who are in bed with the utilities they regulate (regulatory capture) or the radical progressive communist democrats that demand you replace reliable, low-cost power with unreliable, subsidized high-cost power to satisfy communist eco-terrorists?

These restrictions originated in California, the bastion of progressive communist democrat politics that are often championed by the wealthy tech tyrants of Silicon Valley.

Effective on July 1, 2021, was the California Energy Commission’s Tier 2 mandatory energy efficiency standard for PCs – including desktops, AIOs, and mobile gaming systems. And of course, manufacturers, distributors, and retailers with a large stake in doing business with the State of California cheerfully screw their customers.

With all of California’s real problems, mostly created by the corrupt progressive communist democrat politicians who rule the state with an iron fist, it can't get much worse -- unless they impose a computer tax to provide computers to the homeless littering California's streets with drug paraphernalia and feces.

It is time to push back. Demand these corrupt bastards do their effin jobs and send them to jail when they cut sweetheart deals with the special interests.

For those gamers who want high-end graphics cards, I suggest you create an official-looking affidavit affirming you are a graphic arts research and this type of high-end computer is necessary for your research.

We are so screwed when those who govern California overlook the energy impact of 100,000 illegal aliens and start regulating graphics cards.