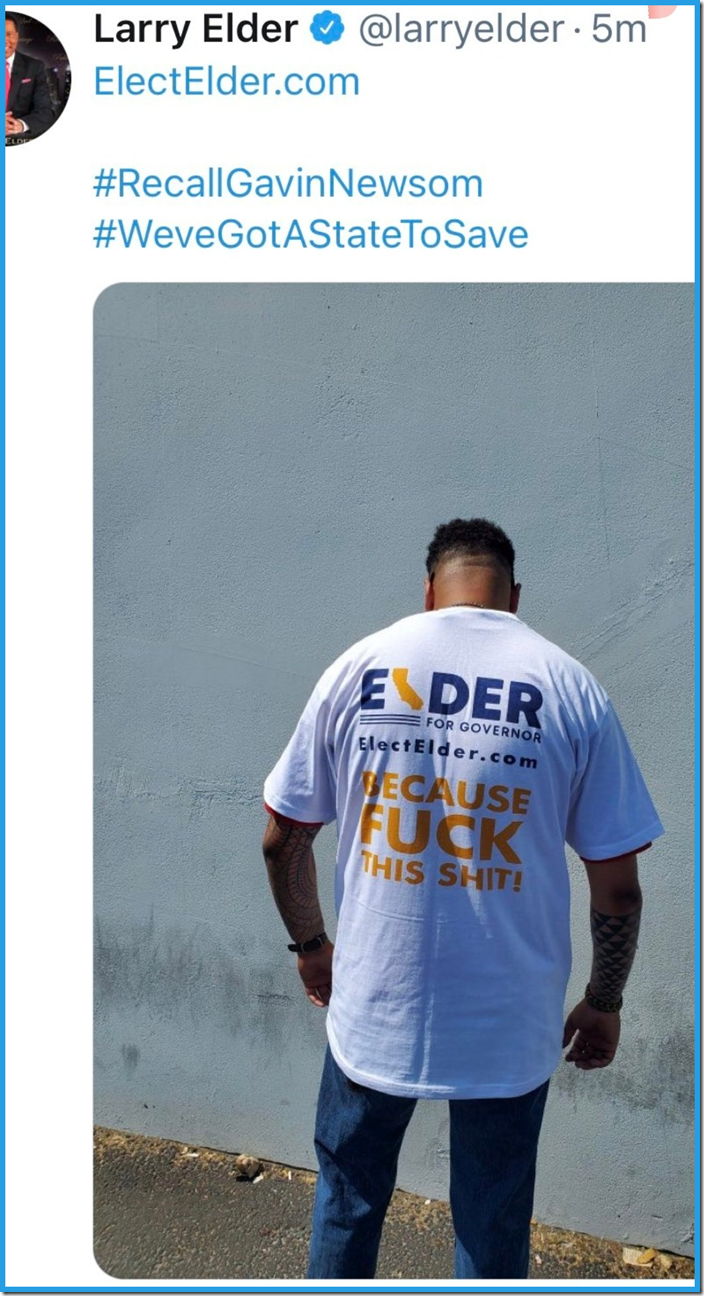 The election date is Tuesday, September 14, 2021. The ballots will be mailed in August and contain two questions. (1) Should Governor Newsom be recalled? (2) Which of the listed candidates should immediately replace him as governor? If the governor is recalled, the candidate with the most votes will immediately be sworn into office.

At this point, there appear to be 41 candidates – AND LARRY ELDER IS NOT ON THE THE SECRETARY OF STATE’S LIST!

Among the more serious candidates with political experience…

Among the joke candidates… 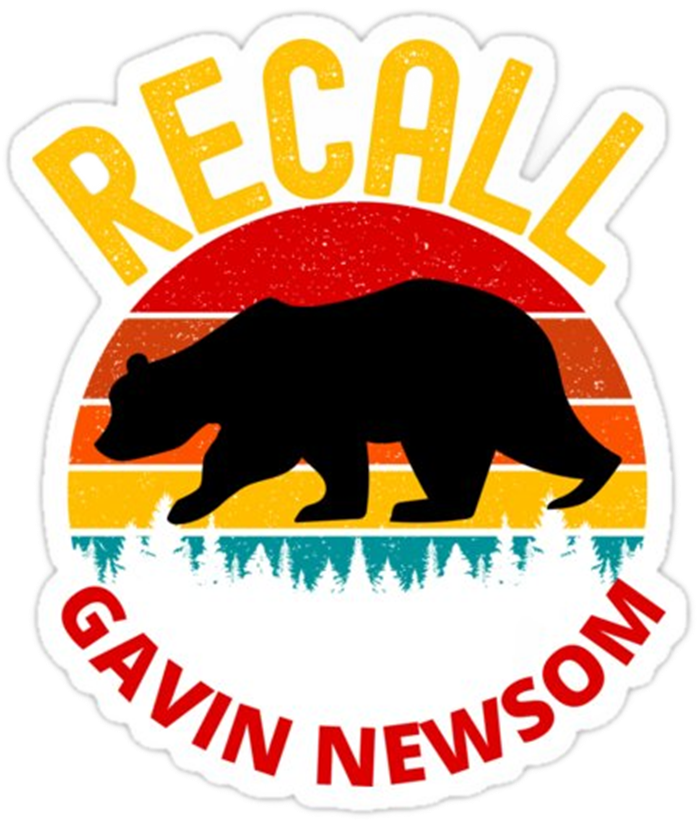 I am primarily voting against Gavin Newsom, a smarmy elite “do as I say, not as I do” politician who has been a disaster for California in the areas of asinine COVID-19 mandates, taxation, environmental regulations, siding with criminals, and neglecting of our decaying infrastructure. At the same time, he welcomes illegal aliens to destroy our state.

It was Newsom who jiggered the election date to minimize turnout. And he discouraged prominent democrats from running to keep the vote from being diluted. He is hoping Republicans stay at home and do not vote by mail.

My choice for a replacement governor will be Kevin Faulconer to bring some common sense back into the political equation. Even if Larry Elder is added to the list, he lacks any qualifications to run the state.

We are so screwed if we do not recall Gavin Newsolini!