UPDATE (07/24/21)... In an interview with John Solomon from "Just the News," Freedom Phone's CEO Erik Finman pushed back against some of the negative reporting on his Freedom Phone. Characterizing much of the reporting as ill-informed or politically motivated.

Although Finman is promising to provide the phone's specifications and vendors in the near future, his basic points are: (1) this is not the cheap $120 burner phone as some sources claim; (2) the phone uses a "de-Googled" customized version of the open source Android operating system with built-in security features that "silo" apps to prevent them from interacting with each other and allow a user to turn off location tracking; (3) the basic chip is not made in China but in Taiwan; and (4) the phone may be less suceptible to viruses.

It should be noted that all phones are trackable and connection metadata captured as a normal cell-phone function. Even changing SimCards does not charge the embedded device ID.

The big point Finman stresses is FREDOM -- your choice of carriers and pre-loaded apps which stress privacy and censor-free usage.

I guess we will have to wait for more details.

Have you ever wondered why right-wing publications often carry advertisements for dodgy advertisers offering medical and financial advice newsletters, vitamins and supplements, and off-brand electronic gadgets and gizmos? Or why well-known, if aging, right-wing personalities shill for such offers?

The margins are often so great as to purchase large ad campaigns and pay significant money to right-wing influencers.

Ostensibly created by  Erik Finman, self-proclaimed as the “youngest bitcoin millionaire,” the “Freedom phone” promises to free you from the intrusive Silicon Valley tech tyrants with their prying eyes and right-wing censorship.

So many unanswered questions…

According to published reports…

“The Freedom Phone appears to be a simple rebranding of a budget phone called the “Umidigi A9 Pro,” made by the Chinese tech company Umidigi.”

“The Freedom Phone’s $500 price tag would represent a substantial markup on the Umidigi A9 Pro. That phone is available on Chinese retail giant AliExpress for $134 — less than one quarter of the price of a Freedom Phone.”

“The device appears to be based on a MediaTek processor which are notoriously known for being easy to hack.”

Who are some of the conservative “influencers” flogging the phone…

Nothing free about Freedom Phone. You may be still supporting our enemy, who uses slave labor and live-organ-harvesting. Not to mention that little global pandemic thing. At least with the known brands, you know someone is standing behind the sale.

Would I buy a cheap Chinese phone for $500? NO! My best advice, follow the Better Business Bureau – “Investigate BEFORE you invest.”

Being conservative doesn’t mean you should believe everything being promoted by even well-known right-wing influencers.

WHY ARE THE DEMOCRATS FIGHTING AN AUDIT THAT COULD PROVE THEIR CASE? 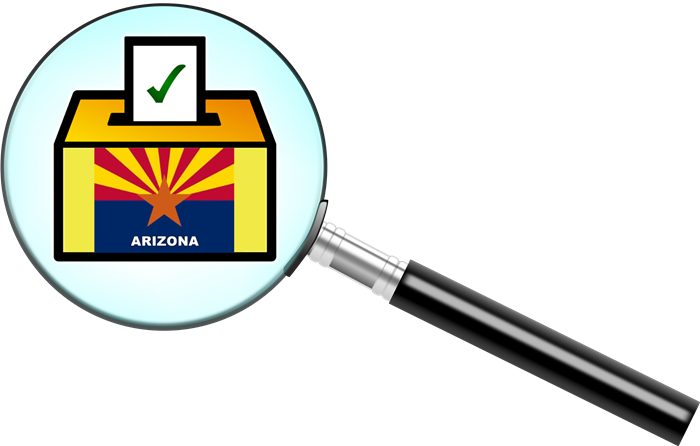 The questions that are rarely asked by most publications are the most relevant.

(1)  Shouldn’t the responsibility to demonstrate the integrity of an election and the correctness of its tallies lie with those government officials who managed the election?

(2)  If a third-party audit would demonstrate the integrity of an election, that an election was run honestly and efficiently, allowing, of course, for minor localized glitches encountered in any large undertaking, why do we find that the government officials who ran the election resisting any audit attempts where they do not fully and completely control the audit?

(3)  What is the appropriate method to handle legitimate “evidence” advanced as allegations by citizen-voters who have provided sworn, under penalty of perjury, declarations, and affidavits detailing their direct observations?

(4)  Shouldn’t the duty of election officials include acceptably answering credible allegations advanced as declarations and affidavits in a transparent manner?

(5)  If election equipment is required to be examined, documented, and certified before an election, why are election officials refusing to use election equipment that has been examined by third parties using documented forensic methods that do not alter or modify the hardware or software in any manner? They need to recertify and recalibrate the equipment before the next election anyway.

Coverage from a publication aimed at those governing states and localities…

How can the Democrats claim that the 2020 election was the “most secure ever” and that any allegations of voter fraud are “baseless” while doing everything possible to prevent a forensic audit that would prove their point?

Explain how such an audit would constitute a “threat to democracy” and diminish election integrity?

If recent the recent history of the Democrat Party and their propagandists in the mainstream media reveals anything, it is that, whatever the Democrats claim, the opposite is closer to the truth.

And, as an example of the duplicity of the Democrats, the Maricopa County Board of Supervisors keeps babbling on and on about the auditors performing the audit as being "uncertified." Full well knowing that there are no certified election auditors, and the two companies hired to certify the hardware are only authorized to certify the machines.

Why? Why I ask you, are they fighting so hard to destroy the audit that can prove their point that elections were transparent, free, and honest?

Unless, of course, there is something to hide.