For those of you who are still politically naïve or simply blind and stupid, you may have missed the infiltration and capture of the Democrat Party, always left-leaning, by radical communists… 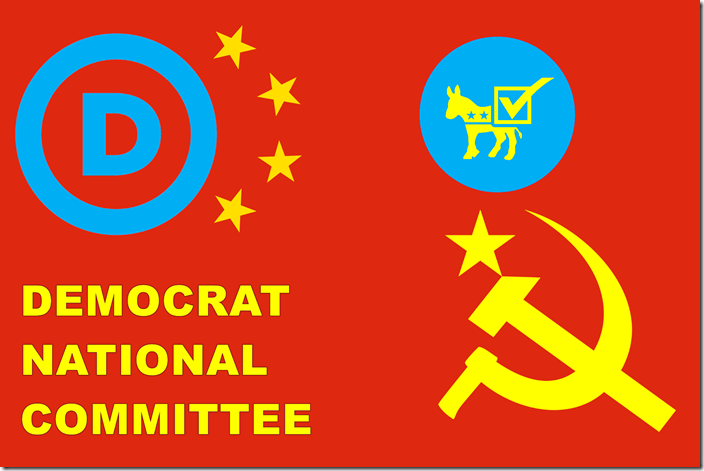 The Democrat Party of your youth, liberal but willing to listen and compromise, is dead. Done in by white guilt, political correctness, multi-culturalism, and the type of moral equivalency advanced by the communists in academia and the legal profession, be they called Marxists, Socialists, Maoists, Leninists, or some such,

Spread by individuals who think they are hip, chic, au courant, and relevant by being “down with the revolution.” A revolution that they do not understand is suicidal to their nation, their culture, their way of life, and perhaps their literal life.

Some are insulated from their advocacy by their wealth, power, or position – but it is temporary as the regime will eventually turn on them for being what they are: society's “fat cats.” 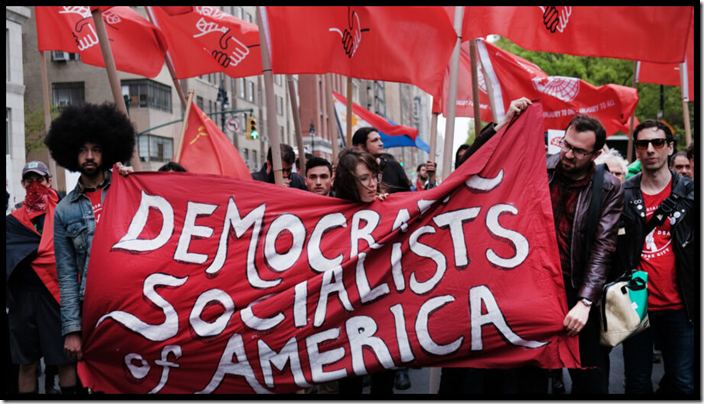 Six members of the US Congress traveled to Castro’s Communist Cuba over the weekend to open talks aimed at establishing a cooperative relationship between the United States and Communist Cuba. The six member Congressional delegation to Cuba included the following House Representatives;

All six are leadership members within the 2009 Congressional Black Caucus. The caucus, founded by one time card carrying member of the Communist Party,  U.S. Congressman John Conyers, Jr. of Michigan, has 42 members as of today, 30 of which are also members of the Congressional Progressive Caucus.

The Congressional Progressive Caucus is the official legislative arm of the Democratic Socialists of America, boasting 76 congressional members today, 30 of which are also members of the Congressional Black Caucus.

The Democratic Socialists of America proudly proclaim, “The Democratic Socialists of America (DSA) is the largest socialist organization in the United States, and the principal U.S. affiliate of the Socialist International. DSA’s members are building progressive movements for social change while establishing an openly socialist presence in American communities and politics.” <Source>

How dangerous is the national security threat of embedded communists in our government?

Thomas Zimmerman – a Special Assistant to Joe Biden on National Security Agency personnel – formerly served as a visiting scholar at a Chinese Communist Party think-tank labeled as a “front group for Chinese intelligence collection and overseas spy recruitment” by the FBI, The National Pulse can reveal.

The stunning revelation – that Joe Biden’s intelligence apparatus relies on the recruitment from a recent collaborator with the Chinese Communist Party – comes just weeks after the G7 summit where Western nations pledged tougher measures against an increasingly aggressive Beijing.

How did Zimmerman get a security clearance from the FBI? Oh, I forgot -- the FBI was infiltrated too! Openly spying on Americans. Lying to the FISA court. Collaborating with foreign intelligence services against American citizens. Using Russian disinformation. And altering CIA information to pursue an American patriot.  Even communists in the Democrat Party can get clearances if they are politicians, appointees, or nominees. Even proven bad actors can keep their security clearances after they leave government service -- to use in the private sector.

You cannot trust the Democrats in Congress and other elected and appointed positions to represent and serve their constituents. They represent a fifth column attempting to destroy America from within on behalf of foreign hostile powers. There is little or no doubt in my mind that the members of the Congressional Black Caucus are racists that are exploiting blacks on behalf of international communism.

The Democrats cannot be trusted with national defense, national security, or to support and defend the United States Constitution against all enemies, foreign and domestic.